A reminder that they do want you dead. 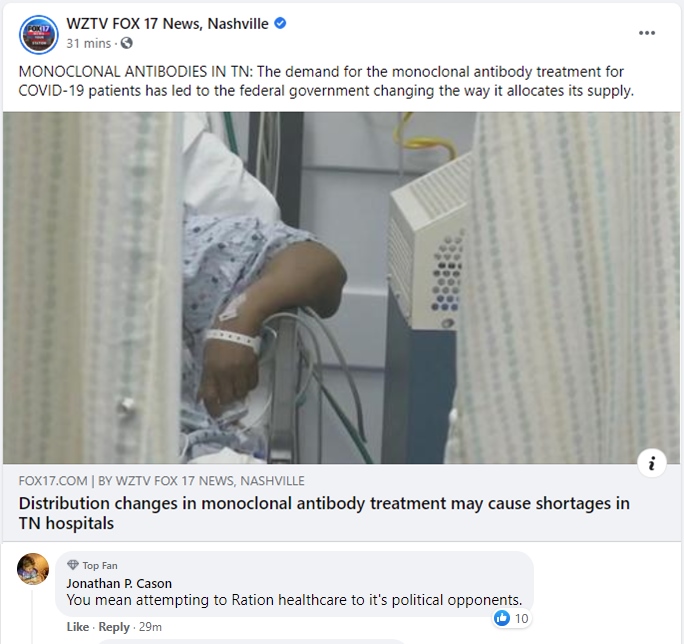 How long will it take for the administration to also try and regulate food distribution? Or fuel distribution for that matter, specially if a harsh winter happens to hit?

In Florida, Governor DeSantis is supposedly talking to the pharmaceutical companies directly and bypassing the White House mandate. The Sunshine State has a healthy emergency fund that I am sure will be tapped to buy the treatment and which I believe lead to the petty assholes in DC to take reprisals against the companies directly. How much hate has been seeded against “Big Pharma” over the years?  I believe 50% of the country would applaud and cheer if the FBI suddenly raided Big Pharma assorted HQs under some bullshit legal excuse that possible crimes have been committed and an investigation was launched to address the accusations. If the accusations were “proven” true, it would mean decades of prison for executives and researchers. Of course, a quite word would be uttered about not selling to the renegade states outside the D.C. chain of command in exchange for a  short and useless investigation yielding no evidence of wrongdoing.

And when deaths happen and are exaggerated in the media for lack of treatment, Big D.C. Daddy Pederast will read from his prepared manuscript, wave his finger and tell the country how the defiance of the Settled Science led to unnecessary deaths and that the leaders must be removed by votes of by federal indictment if the People still refused to do the “right” thing.

Welcome to your new Country.

One thought on “A reminder that they do want you dead.”