Armed Leftists: Yes, it does make all the sense.

Stacey Abrams is running for Governor of Georgia and her platform includes severe gun control’. 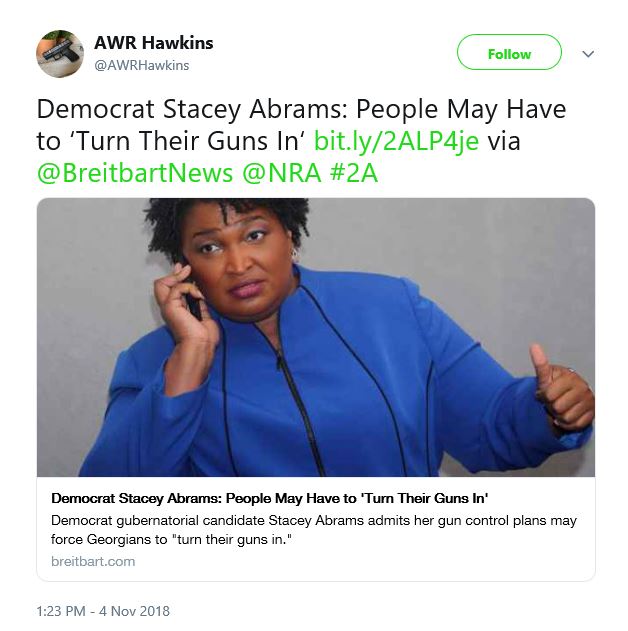 It seems that the New Black Panther Party loves some Ms. Abrams and appears to is go pew-pew for her. 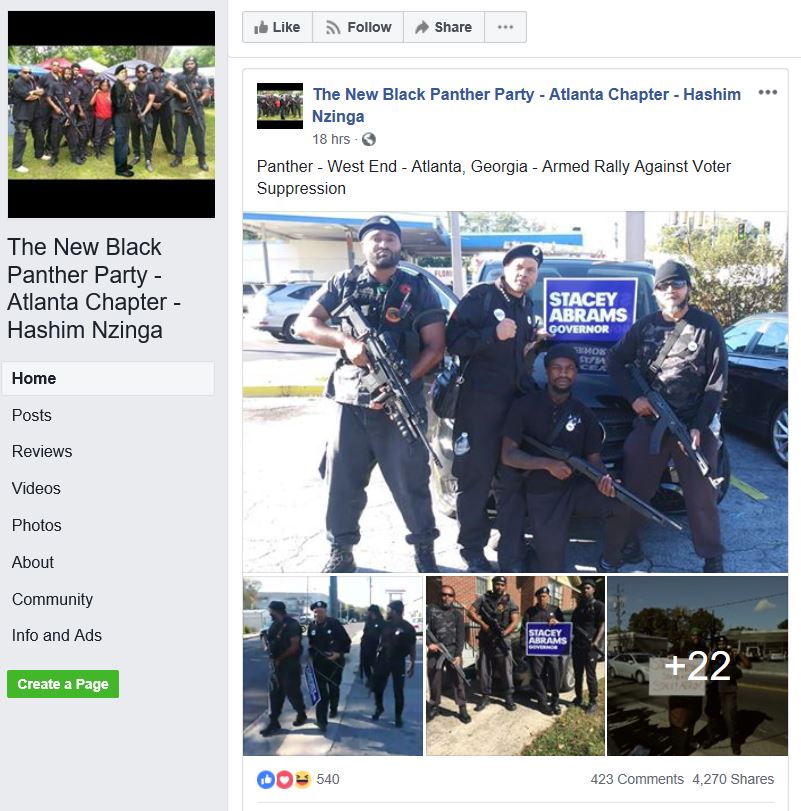 I have seen some in the gun side making fun of the BPs saying that they don’t get that id Abrams wins, they may end up having to give up the weapons they  display with so much pride.

Except they won’t be losing the guns.

There is a concept in with Latin American tyrants (elected or not) which is the keeping of irregular strike forces  of civilians they can officially deny they exist, but can do their violent bidding. In Panama under Manuel Noriega were known as the Batallones de la Dignidad (Dignity battalions) and in Venezuela under Chavez and Maduro are known as Los Colectivos (The Collectives) and their mission is the application of low-grade terrorist tactics on the opposition and citizens in general. 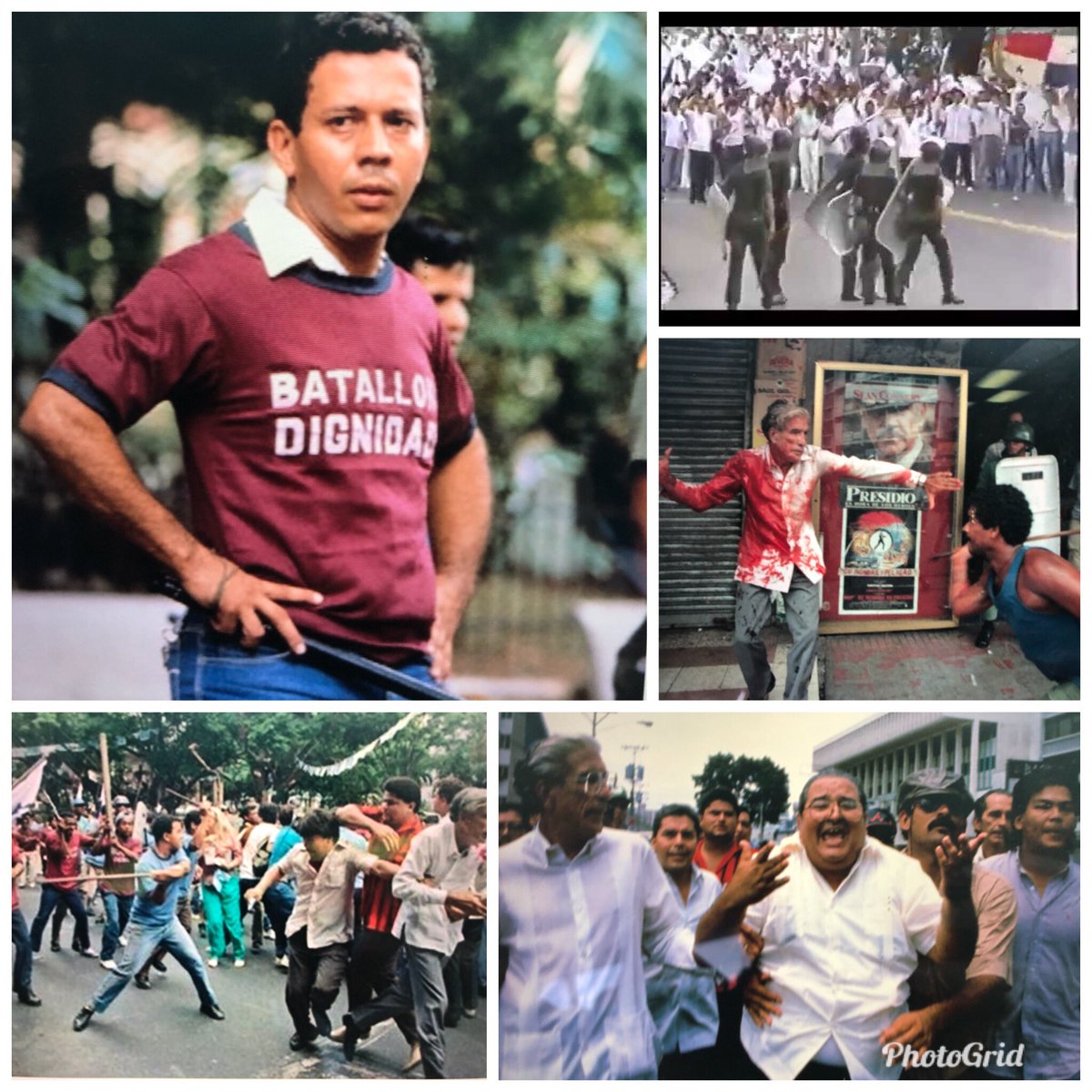 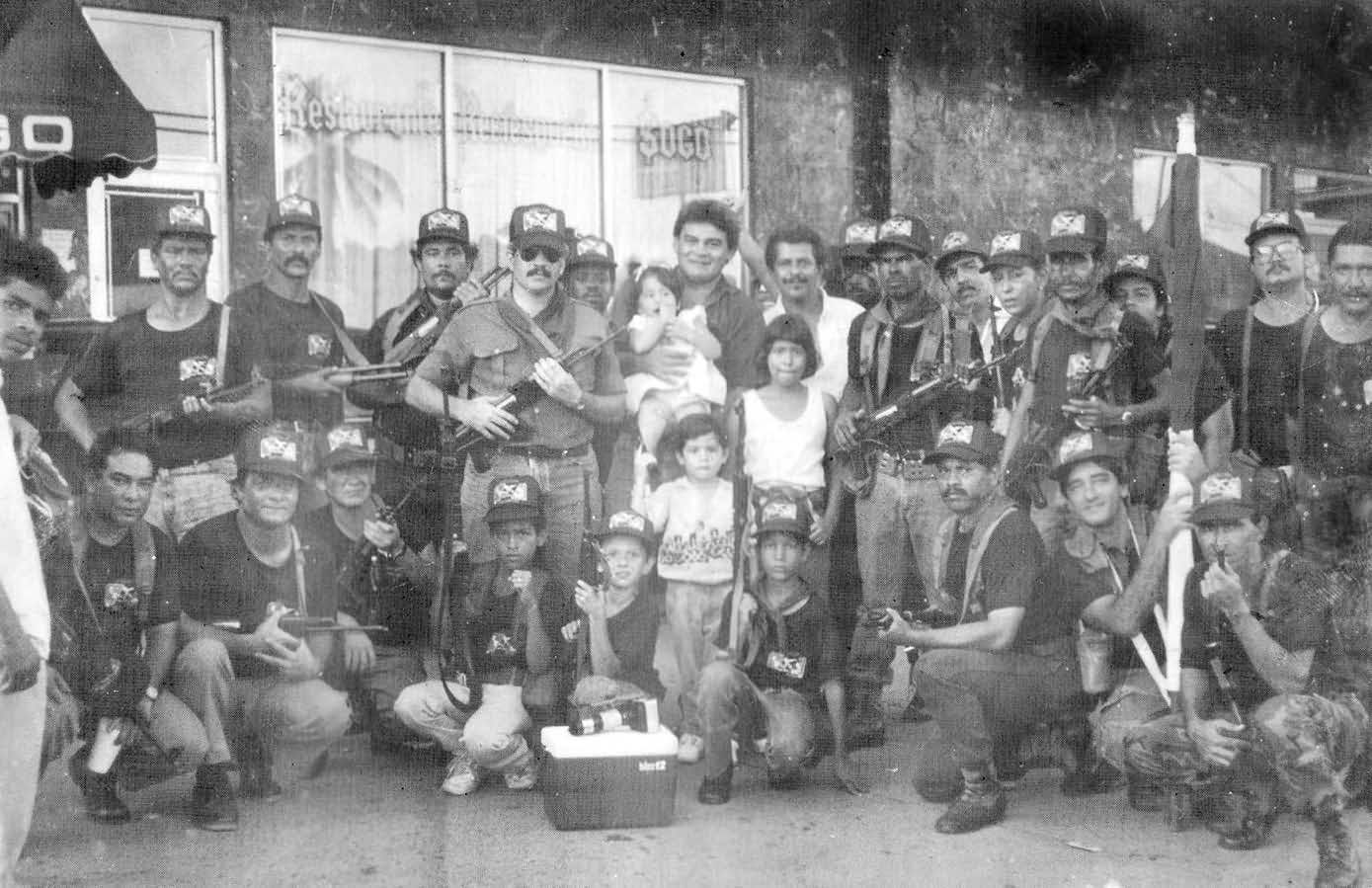 In Panama, the most well-known event was the mob attack on the opposition’s candidates which lower the little esteem Noriega had in Latin America and eventually led to the US having basically no political backlash at the Invasion of Panama.  But before that, the Battalions were  an effective force scaring the daylights out of civilians who may had something to say or protest against Pineapple Face.

In Venezuela, The Colectivos are still a very much viable and used when needed. Just a simple phone call or even a call from the President for “The people to hit the streets to defend the Revolution” and these packs will go and attack. 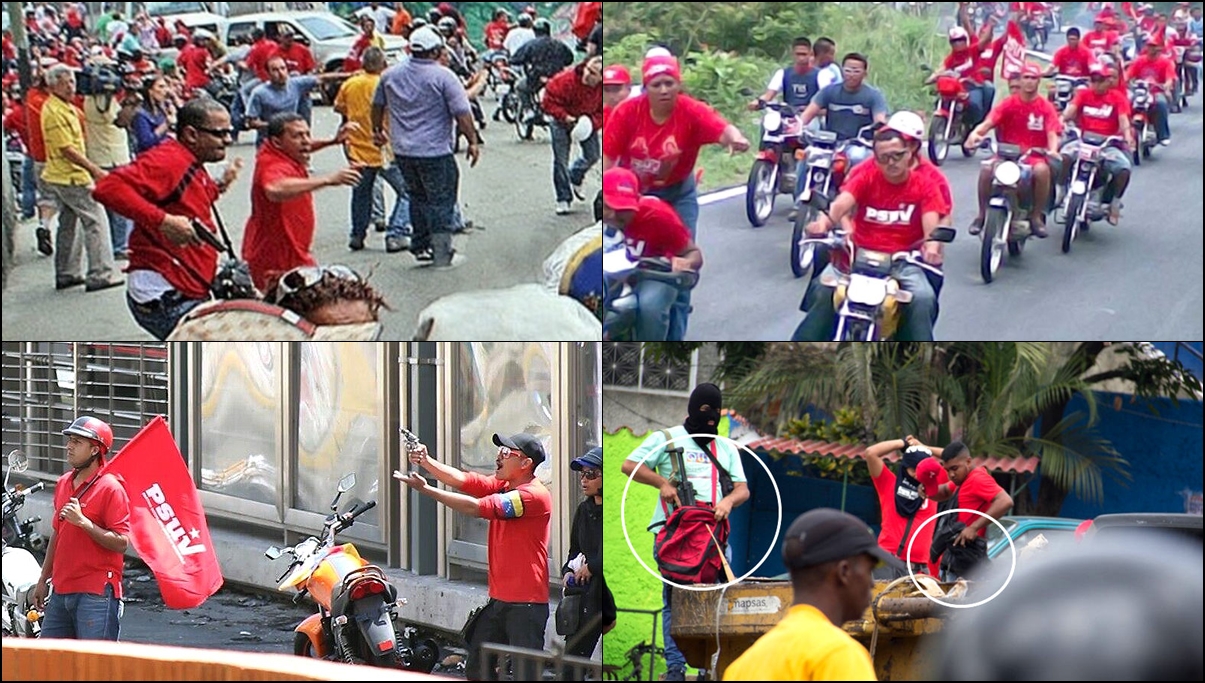 This was last year when Colectivos entered the National Assembly and attacked legislators from the opposition. Where was security? The military who is supposed to take care of things? Well, they are paid by the Executive so you do the math. Remember Baltimore’s Mayor ordering police to give rioters space? There you go, same principle.

These are from assorted days and attacks against the people of Venezuela who gladly voted for being a gun free country but they never thought it would not apply to the Colectivos and now they are subject to their whims. And if you are wonder where are they getting their guns, the answer is kind of obvious: The government.

There is also the criminal element that decides to protect themselves against possible Law Enforcement by declaring themselves a Colectivo and swear allegiance to the government.  Some gang have been so successful that they have created small separate states within Venezuela where cops do not dare enter and they even have their own markets,  medical care, dry good stores and even currency which has survived better the economy compared with the official one. Supposedly peaceful places, but then again there is only one penalty for infractions: Death. 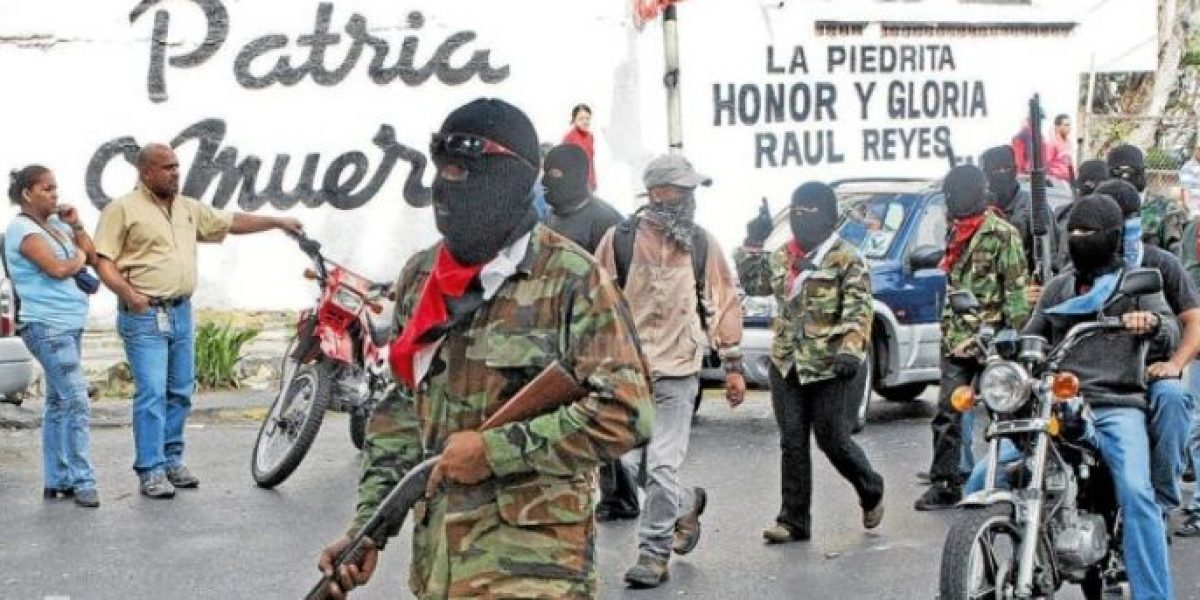 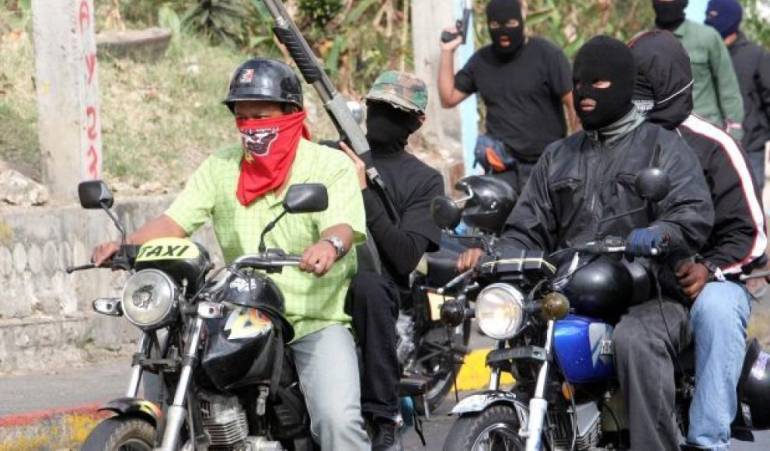 Notice the masks? You may have seen  the before, right?

So if you are seeing Militant Left Wing groups with guns, they are not on the side of the Second Amendment or Freedom, they are just the are just announcing themselves as the future shock troops for the elected American Socialists.

And I ain’t crying wolf.

6 thoughts on “Armed Leftists: Yes, it does make all the sense.”