Bring on the lawsuits against the ATF

I was thinking about this last night after my post about the new ATF arm brace rule.

There are millions of arm braces that were sold.  It was much more common than bump stocks ever were.

The Reload says the estimate at 10-40 million.

The Congressional Research Service estimates there are between 10-40 million pistol-brace-equipped firearms. The ATF's new rule requires nearly all of them to be registered, turned in, or destroyed for owners to avoid felony charges. https://t.co/ULdkCNunGs

The ATF will not be able to process even a fraction of guns submitted on a Form 1 in anything close to the timeline they require.

But then there are other considerations.

There are many people who own braced pistols because they cannot own SBRs.

AR pistols are/were legal outside of Cook County (until this latest AWB).  Illinois dies not allow the possession of NFA items.

Upstate New York and California are the same.  It was possible to assemble a compliant pistol but not own an SBR.

Then there are counties where SBR possession might be legal by state law but the local Sheriff won’t sign the Form 1 paperwork.

Blue counties in Red states are notorious for this.

These individuals have no choice but to destroy their guns or hand them over to law enforcement.

There is the issue of interstate travel.  Most people, even some SBR owners, don’t know that to take an SBR out of state requires permission from the ATF on a Form 5320.20.

This is why I never did a Form 1.  I’ve moved four times in six years.  With an SBR I’d have to get ATF permission to do that.

And removing the brace isn’t enough.  The whole definition of a pistol has been changed.  In essence, if you own a pistol version of a rifle or sub machine gun, it’s an SBR by intent. 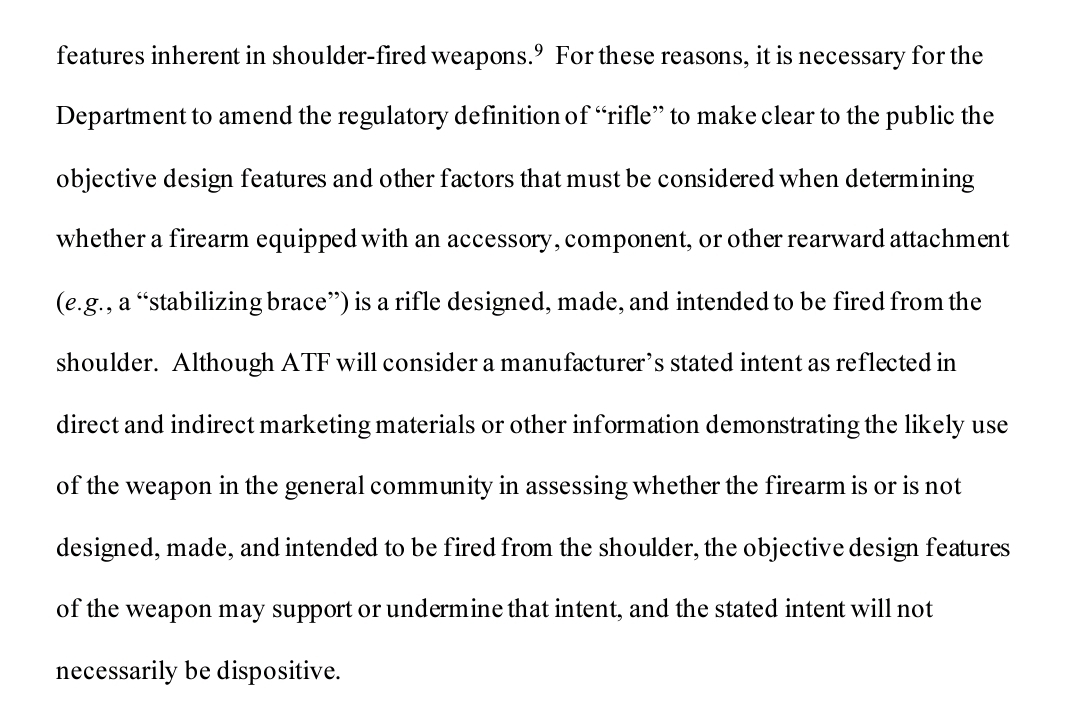 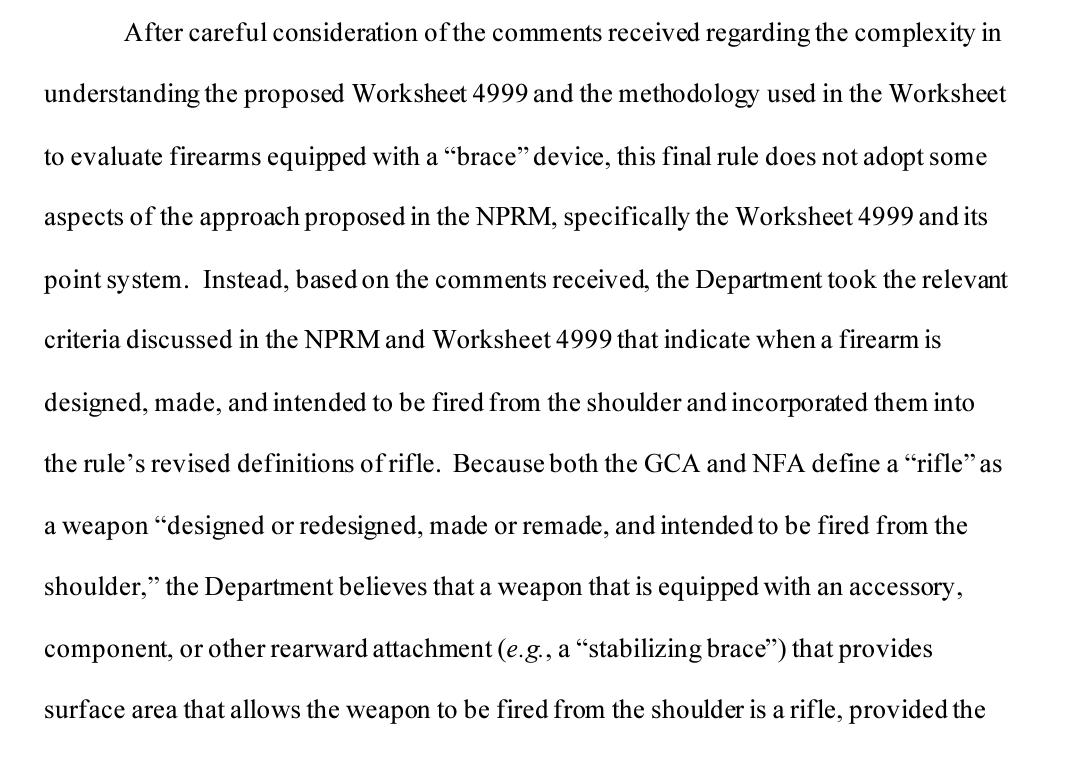 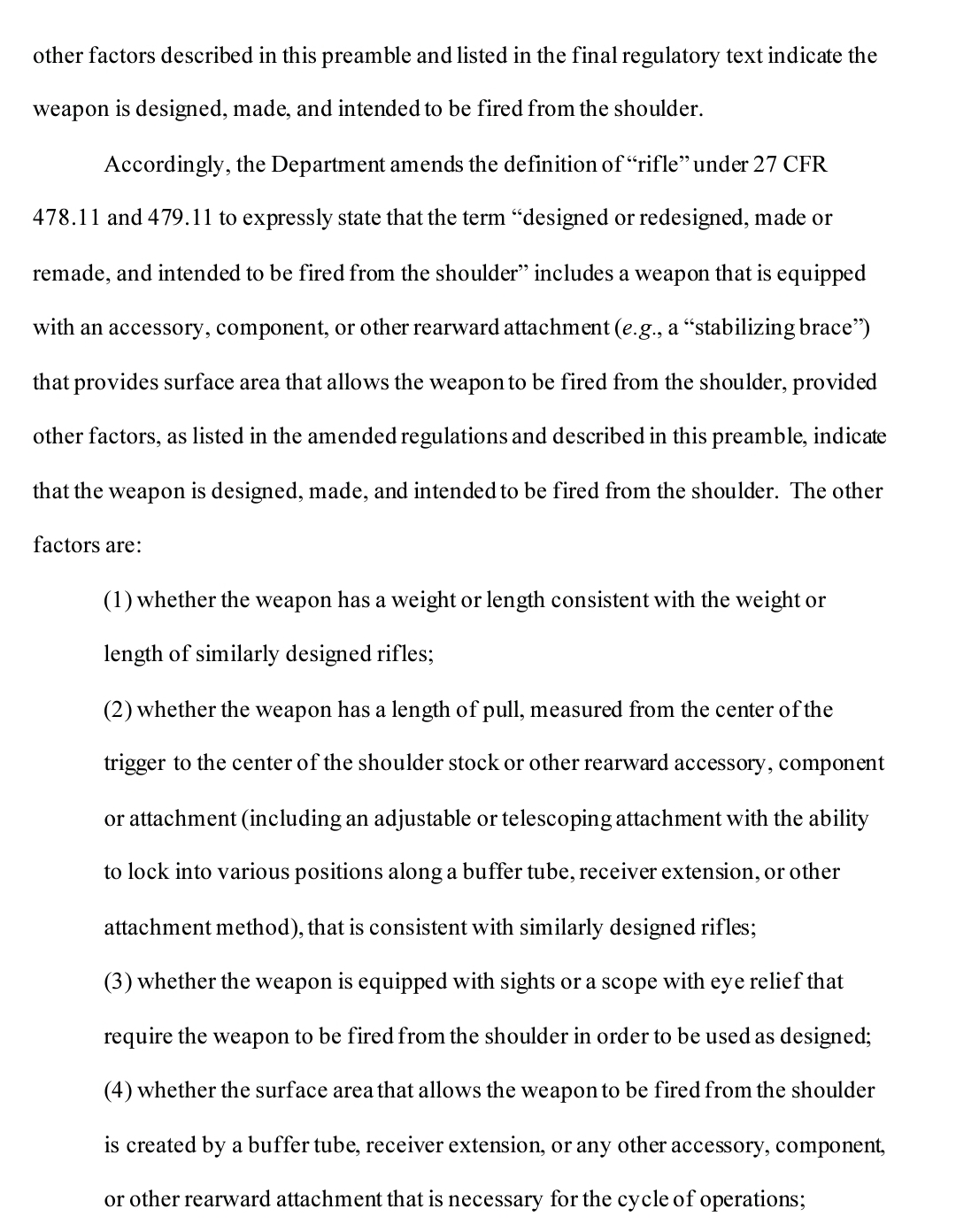 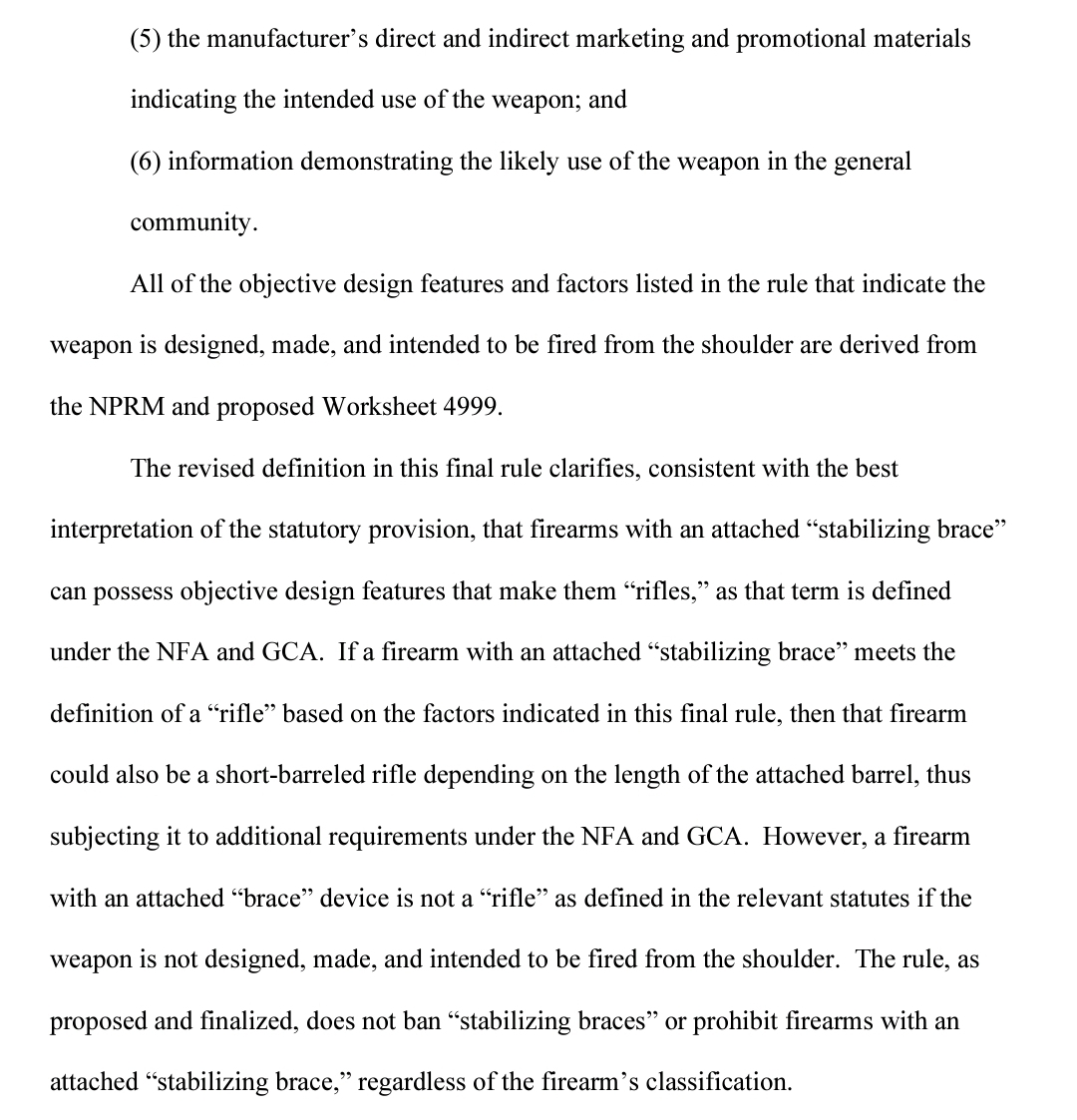 So your 11.5 inch AR pistols or CZ Scorpion or any other PDW style 9mm pistol now requires a Form 1.

Considering how many of those were sold in the last decade or more since the ATF let them be pistols, this is going to turn tens or possibly a hundred million guns into illegal SBRs.

The only good news here is that this has the potential to be so disruptive that if the court shot down the bump stock ban, it will have no choice to shoot this down too.

If anything, this decision might have given ammunition to the case for challenging the constitutionality of the SBR/SBS clause of the NFA (if not the whole NFA) by suddenly turning SBRs into guns in common use with a rule.

What I do know is that a blizzard of lawsuits need to be filed.

7 thoughts on “Bring on the lawsuits against the ATF”