Does Stomping raise to the level of Death or Grave Bodily Harm?

Some things I collected after a quick search in the net:

Biomechanical assessment of the injury risk of stomping

In 64% of cases there were fractures of the calvaria, skull base or facial bones. Injuries to the neck included fractures of the throat ‘skeleton’ in 29% (hyoid bone 14%, laryngeal cartilage/bone 15%); rib fractures were present in 1/3 rd cases and the liver was ruptured in 25%. 42% of the victims died of blood loss (internal or external), whilst 12.6% died of blood aspiration.

What is a Crushing Brain Injury?
Head trauma from a crushing brain injury, as the name implies, occurs when the brain and skull are crushed—usually between two hard objects. The more forceful the crushing is, the more severe damage will be, but damage also depends on factors such as the location of the injury and overall brain health. For example, people who have vascular issues may suffer blood clots or strokes after a crushing brain injury.

Side Effects of a Crushing Brain Injury Head Trauma
A crushing brain injury causes damage to the brain, blood vessels, and skull, each of which can be life-threatening:

A skull fracture exposes the brain to further damage by robbing the brain of its protective case. Further, fragments of the skull may puncture the brain or blood vessels, causing more damage.
Most crushing skull injuries cause severe bleeds, as blood vessels are crushed under the weight of the skull or the objects that led to the injury. If severe enough, you can bleed to death. Even when the bleeding is relatively minor, it can cause damage to the brain or to surrounding structures, such as the spinal cord or sinuses.
The brain itself usually suffers extreme injuries as a result of a crushing brain injury. The severity of the damage depends upon the force behind the crushing, as well as the location of the damage. For instance, damage to the brain’s language centers can produce difficulties speaking or understanding language. The damage may be short or long-term, and may change over time. It’s common for brain injuries to continually produce new side effects, even as old side effects disappear.

Does Stomping raise to the level of Death or Grave Bodily Harm?

IANAL, so you have to reach that decision by yourself. But I believe it is always good to find out before hand and have the information. 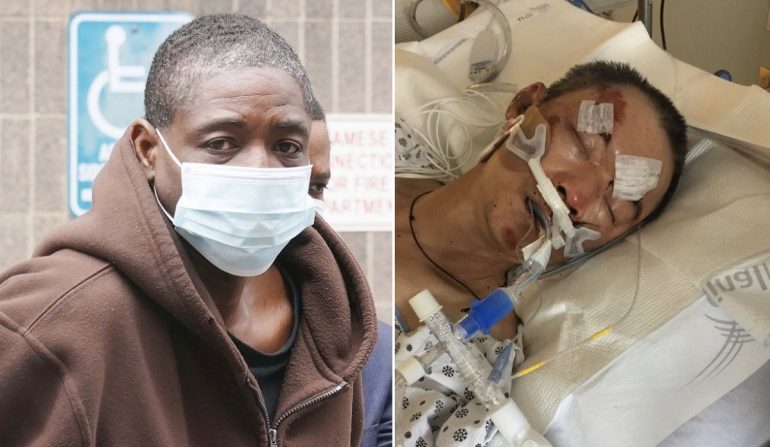 The 49-year-old was charged with two counts of felony assault in connection with the attack, which left Ma in a medically induced coma.

8 thoughts on “Does Stomping raise to the level of Death or Grave Bodily Harm?”