Florida: Rich Democrat wife SWATs somebody who she did not like.

So via The Silicon Graybeard I get to read in Ammoland the story of Peter Van Antwerpen, a resident of Weston who was SWATed after he posted a meme that apparently was insulting to Beth Jaffe, the wife of Weston city commissioner Bryon Jaffe.

Commenting about the Oh-so-rich city of Weston joining a lawsuit against the State of Florida’s preemption of gun laws, Mr. Van Antwerpen posted a meme of the famous Charles Heston “From my dead cold hands” and mentioned three people, one of them Beth’s husband.

According to the case file, the one who dropped an email to Broward Sheriffs’ Office was dear Beth who seems to be hardcore democrat and anti gun.

and to certify her Democrat creds, she was involved in a small and intimate soiree thrown for Mayor Andrew Gillum back in October 2018 while he was doing his run for the governorship of Florida.  And I am talking intimate with people with very deep pockets. 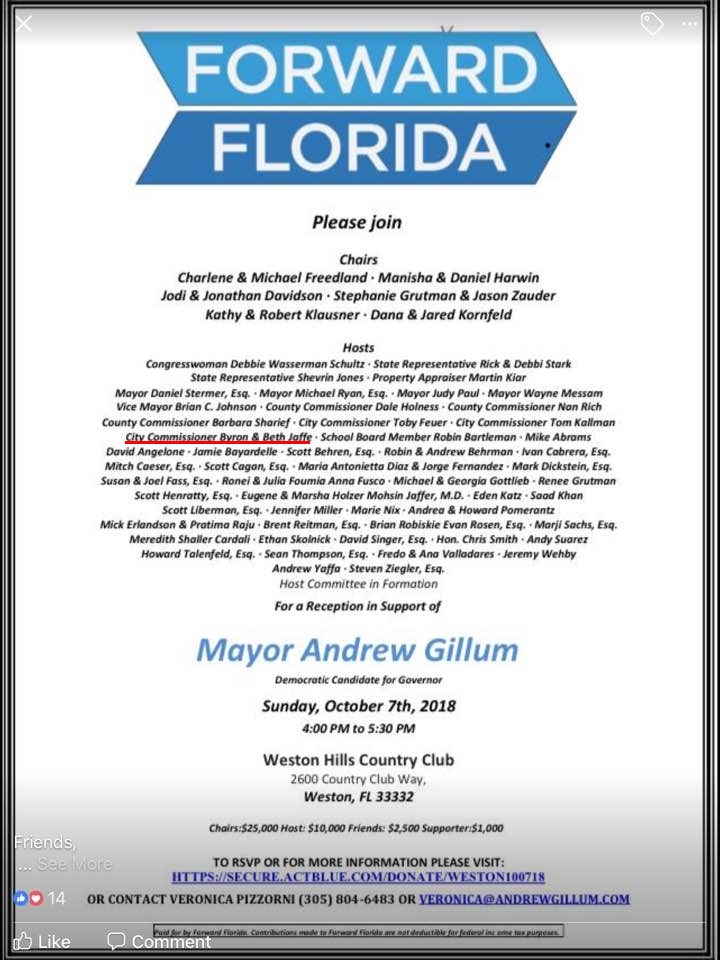 Some expensive chairs, no Ikea or Walmart.

If the amounts correspond to individual contributions, Gillum went home that night with close to a million bucks just on the people listed in the flyer.

And as much as I hate that they are doing Red Flags & SWATting for stupid stuff like this, the silver lining is this is evidence to take to the State Supreme Courts and SCOTUS itself if necessary.

I believe Mr. Van Antwerpen should seek some sort of legal respite against dear Beth and certainly humiliate the living daylights out of her and hubby for such a clear abuse of power.

One thought on “Florida: Rich Democrat wife SWATs somebody who she did not like.”