I am doing my afternoon Blog views, I bump into McThag’s and that Democrat candidate for Governor Andrew Gillum wants to rise the corporate tax. “Ney”,  said I, “Obama Light cannot be that fucking dumb. I know he lives and mayors in Tally, but you simply do not raise taxes on corporations.”
And then I find confirmation:

Democratic Tallahassee Mayor Andrew Gillum, who is running for governor, made the unusual move of proposing an tax increase while on the campaign trail Friday.
Gillum said if elected, he would increase Florida’s corporate tax rate to 7.75 percent, up from the current 5.5 percent. That increase would generate $1 billion in increased annual revenue, he said, which he said he would use to boost education funding.

Two problems with that, actually three. First: That is a 40.90% increase which will suddenly make Florida less attractive to do business with.  That means that companies will not move in the state and those who can, will get the hell out most riki-tik.

Second: Companies leaving means the expected extra $1 billion in annual tax revenue will not happen, in fact you will end up with a deficit, something Florida has not seen in a while if I am not mistaken.  Then is when legislators and members of the executive get stupid and want to dip their beaks in the assorted rainy day funds Florida has like for after hurricanes and such. Let us not forget that Hurricane Andrew gave Florida a $25 billion black eye in damage to property. And just for fun, Florida Lotto already contributes a lot of money, $1.95 billion dollars for 2017-2018 alone. If almost 2 billion did not fix the supposed problems, then fixing is not by throwing more money into the hole but figuring out what is wrong and getting rid of it.

Third: Gillum is making the mistake of thinking that Disney will not move since the investment that they have is so big. And he is right but as McThag said in his blog: IN FLORIDA YOU DON’T FUCK WITH THE MOUSE, specially when it creates 62,000 direct jobs and God knows how many indirect ones.  You want to challenge the people who are geniuses in automating everything and import cheap IT labor from Pakistan to double down guaranteeing lay-offs? What he has done is guarantee that the Corporate Rodent will throw all its might in the race or we will have Automatons selling trinkets, pizza and cold water within 2 years.

So Gillum is Anti Gun and Anti Corporations? November does not look well for his chances. 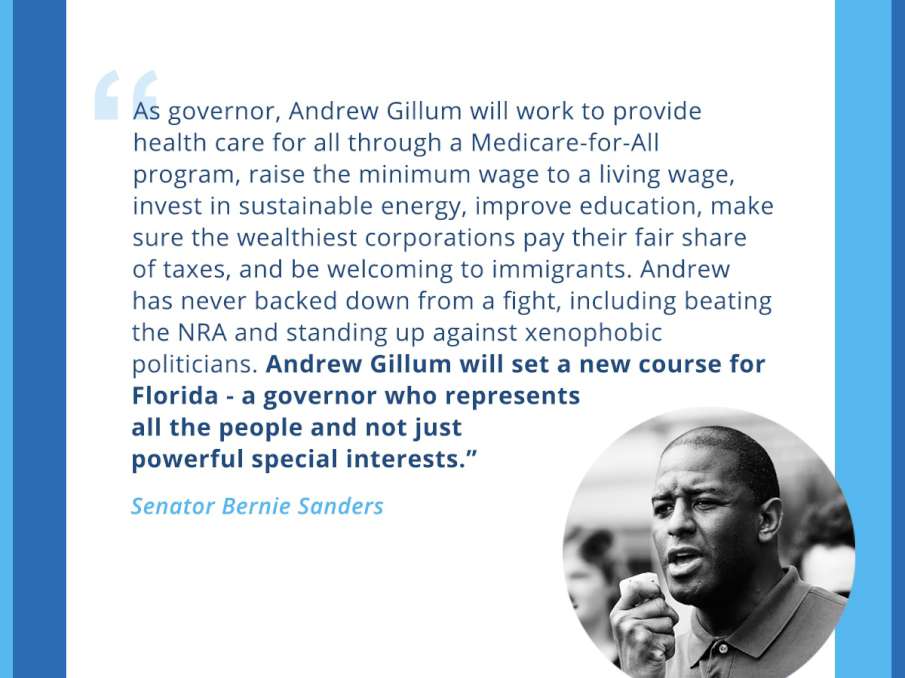