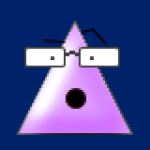 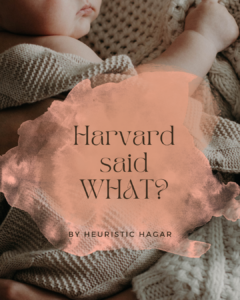 As a person who sits in the middle (or even “slightly left of middle”, if you prefer, which I’m sure some of you do), I often run into articles from the left or right of the divide that are poorly researched or make vast assumptions without providing any background or context. It’s been pointed out to me numerous times by Right friends that the Left is incredibly bad about this, and that they twist and turn and manipulate words in order to change the meaning of what’s being said.

This might be true. I am personally of the belief that it is true about the Left, to a point. I don’t think that it only happens on the Left, however. I see enough of it on the Right to make my head spin. To highlight this, I offer you an article from the Washington Examiner.

In it, the author speaks rather strongly about how horrible it is that Harvard Medical School is offering a course on how to treat LGBTQ infants. This is one of several articles on the course that have hit the air in the past week.

Legal Insurrection offered their own spin on the same information. Fox News jumped on the bandwagon as well. Then there’s this one from Sandra Rose.  All of these articles seem to stem back to a single source, and some even name that source: College Fix. Their article on the topic is pretty pointed.

I found this mess when I was slumming on TikTok, and ran across a video purporting to be by Dr. Jordan Peterson (it was not, and was subsequently taken down and the user deleted). Since Dr. Peterson is someone I’ve repeatedly been told is an authority I can trust, I watched with some level of horror that a medical school so near to me would be teaching that infants can express sexuality.

Unlike most people, though, I didn’t take (who I thought was) Dr. Peterson’s word for it. I went investigating. I found all of the above articles first. Then I went looking for specifically Left leaning news outlets. There wasn’t a lot out there, probably because they haven’t been inundated with the news yet. The divide between Left and Right news feeds tends to be about 5 to 7 days, for things which cause people to be “indignantly righteous” about their given cause. The College Fix article only came out a week ago, so we may see more information from the Left in the next few days.

It was only after a lengthy search that I found some more balanced articles. First, AP did a decent job on their write-up, being much more balanced and fact based. They leave aside the moral pearl clutching and stick to the fact that the course catalog and teachers do not actually say what College Fix says they do. Out In Perth is a bit more in your face about it, being a firmly Left leaning news outlet. But in my strong opinion, the best information on this mess is from The Daily Wire. Facts speak for themselves.

What’s the truth? Well, Harvard Medical School has discovered that infants who are born with genital anomalies require special care. There’s some interesting stuff in there, and the course covers such information as what to do when those anomalies are life threatening or may cause serious physical damage or discomfort, long-term. It also touches on how to talk to parents of infants, who are now dealing with exhaustion and concern for their child, and have to figure out whether it’s right, moral, or possible to be made to choose which gender their kid ought to be. This entire section, the one on infants, is one day out of a month long course.

Whether you’re interested in the comfort or affirming care of LGBTQIA+ individuals as adults doesn’t really play into this. The infants in question, who do exist and have existed for as long as we’ve been pumping out babies, require special medical care. There are all sorts of issues that those children with genital anomalies are going to face, first as infants, then as toddlers, and eventually as adults. Frankly, it doesn’t matter if a gender is chosen for them by their parents or doctors, or they grow up with their anomalies intact until they’re old enough to choose. It’s going to be tough going. Knowing how to care for them is a good thing.

I am sharing this, because I wanted to highlight a bad habit of the Left as being done by the Right as well. The repeating of information from a single source (a source, I might add, with a bad reputation and who didn’t check all their sources, as well as altering some of their statements and carefully editing replies) is never a good practice, no matter who is doing it. Taking news from a single source and not investigating it further is never a good practice.

And it doesn’t matter if “the Left does it more”. That’s a schoolyard game play. “Johnny did it first!” It doesn’t matter. If Johnny jumped off a cliff, would you follow him? I’m sure many of you have said that very statement to your own children or grandchildren.

This is exactly the kind of news reporting that causes the Left to cringe and say how horrible the Right is. It’s time to stand up and either say you’re not with those people, and walk away from them, or to admit that you’re not so different from the Left after all.

FBEL: Author Intro, “someone is out to get you”