How dare you call us Fake News? Because stuff like this.

From our  local fecal aviary catcher: 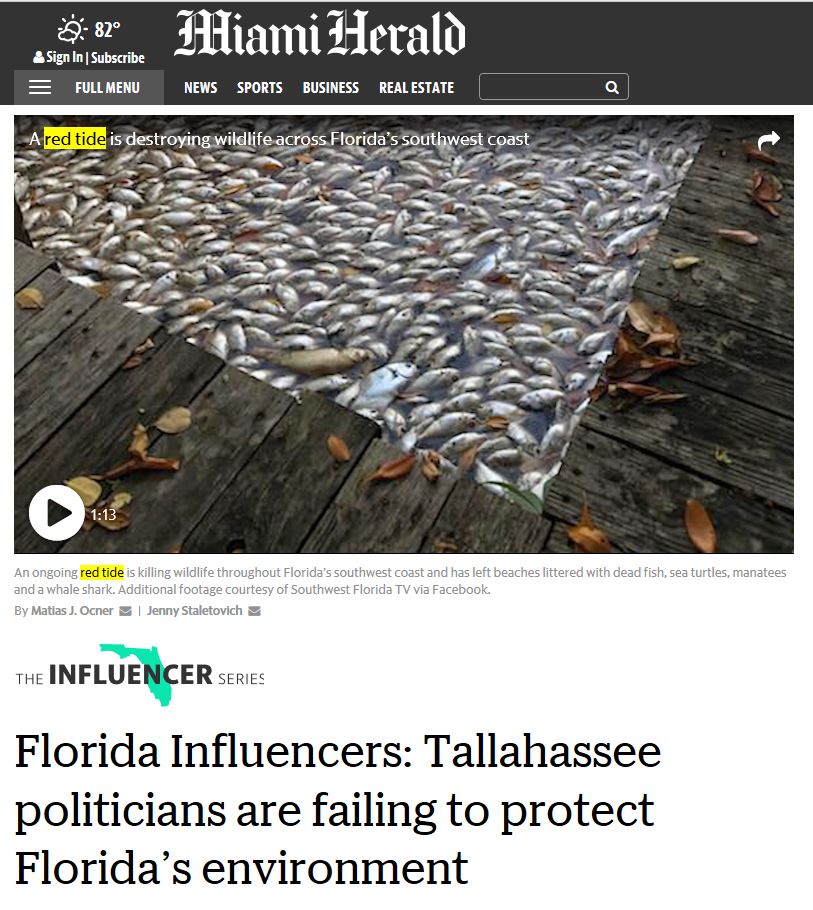 And there you have it folks: Florida is suffering red timed because politicians are failing to protect the environment according to the article. We need more attention to Global Warming and More Money to be spent and more politicians who side with the environmental druids.

Bu there is a rub. You see, according to Florida Fish and Wildlife Conservation:

Red tide is a naturally-occurring microscopic alga that has been documented along Florida’s Gulf Coast since the 1840’s and occurs nearly every year. Blooms, or higher-than-normal concentrations, of the Florida red tide alga, Karenia brevis, frequently occur in the Gulf of Mexico. Red tide begins in the Gulf of Mexico 10 to 40 miles offshore and can be transported inshore by winds and currents.

Let’s digest that a bit. Red Tides have been documented happening in South Florida for 178 years. Florida became a state of the Union till 1845, same as Texas. The Oregon trail started in 1843 two years after the first covered wagons started to make it to California. The first telegraph message was sent by Samuel Morse in 1844 and in 1847 the Mormons start leaving Illinois for Utah.

It is in that timeframe above that the first red tides are documented, but the Miami Herald tries really hard to say that it is all because of Climate change/global warming/bad politicians/not enough money/some people hate the environment.

Dear Miami Herald, don’t be pissed when you are called Fake News… because you are.

PS: Yes, don’t blog without enough caffeine. I got it.  And spell check the title.

3 thoughts on “How dare you call us Fake News? Because stuff like this.”