Institutional Inertia will Get You Killed. 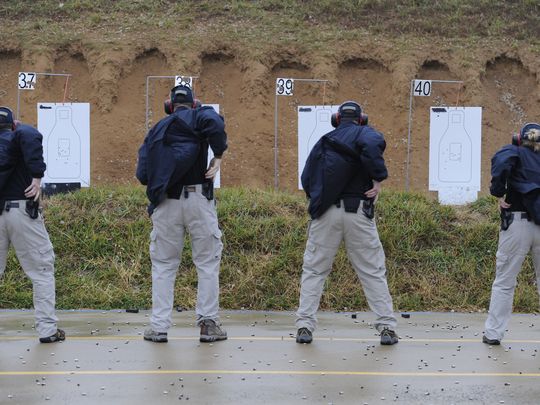 I’m not anti-competition shooting, but I do find fault with most of the competitions out there. The reason being they aren’t realistic and cause the shooter to form extremely bad habits that can get them killed on the street. I realize that most gun owners will never be involved in a shooting incident, but it can happen at any moment to any of us, hence my passion to train in a realistic manner so that I am prepared as well as those I regularly train.

Police One. 5 differences between competitive shooting and combat shooting

Caught this article via a Facebook Friend and his response is Cecil B. De Mille spectacular. Please take a moment to read the original article and then come back for the brutal fisking posted below:

This article is so chock full of fail that it required some rebuttal.
Almost nothing in the linked article is actually true.

1. All targets are single shot targets

Nearly every paper target I’ve shot in IDPA and USPSA matches required multiple shots. Usually 2 shots. Sometimes as many as 6.
Steel targets are required to be knocked over. However many shots that takes.

Speed is important in IDPA and USPSA. But so is accuracy. I regularly place higher in matches than shooters that have a faster raw time than I do. I also see many targets placed behind non-threat or no-shoot targets.
The author of this piece derisively puts down techniques developed in competition, but neglects to point out that the modern pistol method using two hands to control a handgun was developed in competition.

3. There is no need to take cover.

In IDPA matches using cover is required. I’ve kneeled behind a car hood, leaned around door frames, barrels, and countless other props at IDPA matches.
Most of the USPSA matches I’ve shot are set up in a way that forces shooters to lean awkwardly around walls or other props.

This argument clearly shows how out of touch the author is with what actually happens at most pistol competitions.
I’ve shot strong hand only, and weak hand only in matches quite often. I’ve fallen down running from one position to another and had to get back up, or shoot from the ground.
I’ve shot on 100° days, in the cold, in the rain, with the sun in my eyes, after dark with targets in shadows.

I would have never done these things outside of competition. My local range owner would shit pink plastic kittens if I tried to do any of this stuff on his range.

The most common gun I see at an IDPA match fits into the Stock Service Pistol (SSP) division. At USPSA matches I see numerous folks shooting those same SSP guns in the Production division. These are guns that would be perfectly at home in a duty holster or inside the waistband of an armed civilian.
Often times I show up at an IDPA match wearing the same holster and using the same gun that I carried concealed that day.

Most regular folks won’t do anything that will better prepare them for armed self defense than practical/defensive competition. Neither will most police officers.

Come on out and shoot a match. You’ll probably find it much more challenging than what you’re doing when you rent a lane at your local range.

I just love that ending….My thoughts in the next post.

13 thoughts on “Institutional Inertia will Get You Killed.”