The gun-control group responsible for a 2018 march on Washington, D.C., raised the vast majority of its funds from undisclosed donations over six figures, a recently released tax document shows.

We suspected this to be the case. No way in hell that High Schoolers had the money and the knowledge to practically overnight have luxury buses leased to go protest in Tallahassee plus giving free lodging and meals to those attending right after the shooting. The “Grassroot Rallies in DC and other cities organized out of thin air? Yeah right! And somebody had to be paying for David Hogg’s trips to NYC with bodyguards and all plus the Get The Vote-type Bus Tours all over the country? 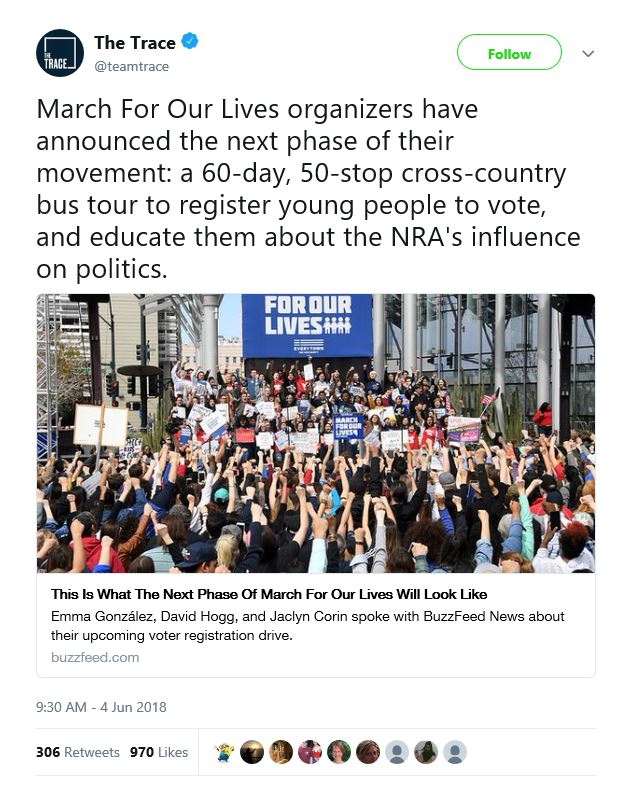 $956,819 was the amount they collected with donation of five figures or less. That means they never did have a real support for the people (other than the posts in Social media which cost nothing). Not even a million bucks would have covered one rally, less all the orchestration across the country and that is including the hundreds of millions in free advertising given by the Media.

Here is the tax document in case you want to read it and make sense of it.

And at least we know that the initial price tags for the Red Flag laws in Florida and other states was almost $18 million with other miscellaneous local expenses added.

So nice to have such a deep wallet available. Lord know I could use some donations myself. I’ll settle for low 5 figures!

One thought on “March For Our Lives: Astroturf Gun Control group was heavily “fertilized” by big donors.”