Mom saves kids from carjacking. She should not have according to Gun Control.

You must have read about this by now:

A Texas mother said she didn’t think twice about shooting a would-be carjacker when the man jumped into her vehicle at a Dallas gas station while her two sons were in the backseat.

“I proceeded to jump in my backseat and told the gentleman to stop, to get out the car. He would not get out of the car. He turned around and looked at me. I reached over the armrest to get my glove compartment and that’s when I fired at him once I got the gun from my glove compartment,” Booker-Hicks recalled to the news station.

Booker-Hicks shot Wright in the face while he was allegedly trying to drive away. He crashed the vehicle into the fence.

Texas mom shoots man trying to take car with her kids inside at gas station: ‘I hope that woke him up’

A mom defending her kids is a long time-honored event. Nobody in their right mind would dare to criticize a woman violently making small pieces out of anybody or anything that threatens her offspring. That is if you are not a member of the Enlightened Left for Gun Control. 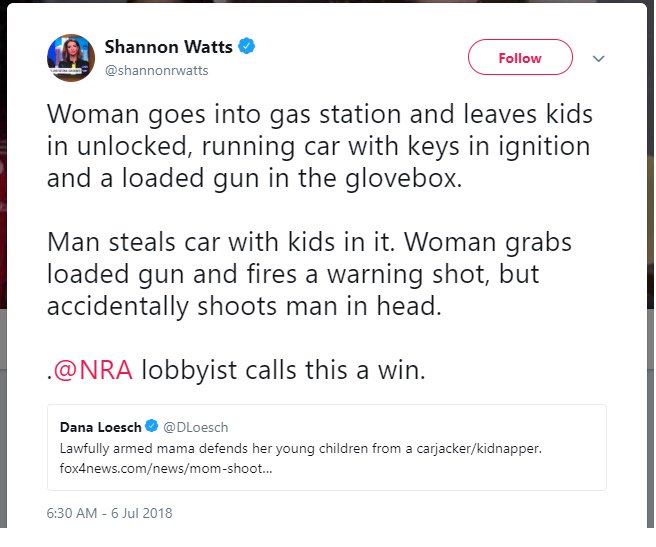 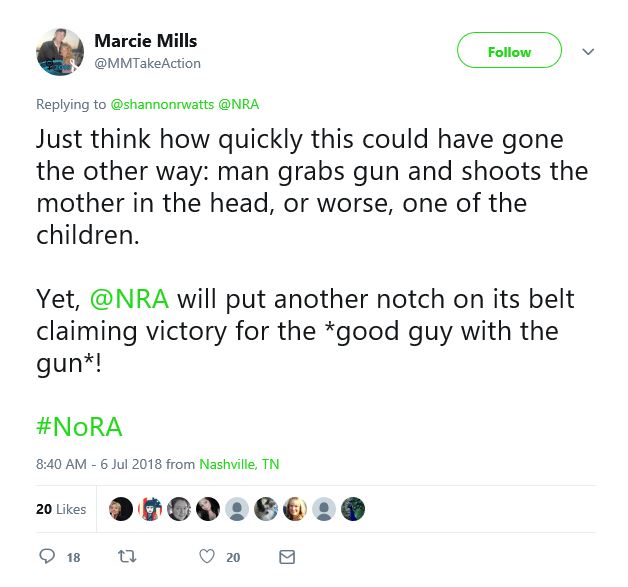 And we even have a member of the Main stream Fake Media not being very delicate about what they think about what mama did and marks it with less than optimistic tags and a video that is unrelated to the news item: 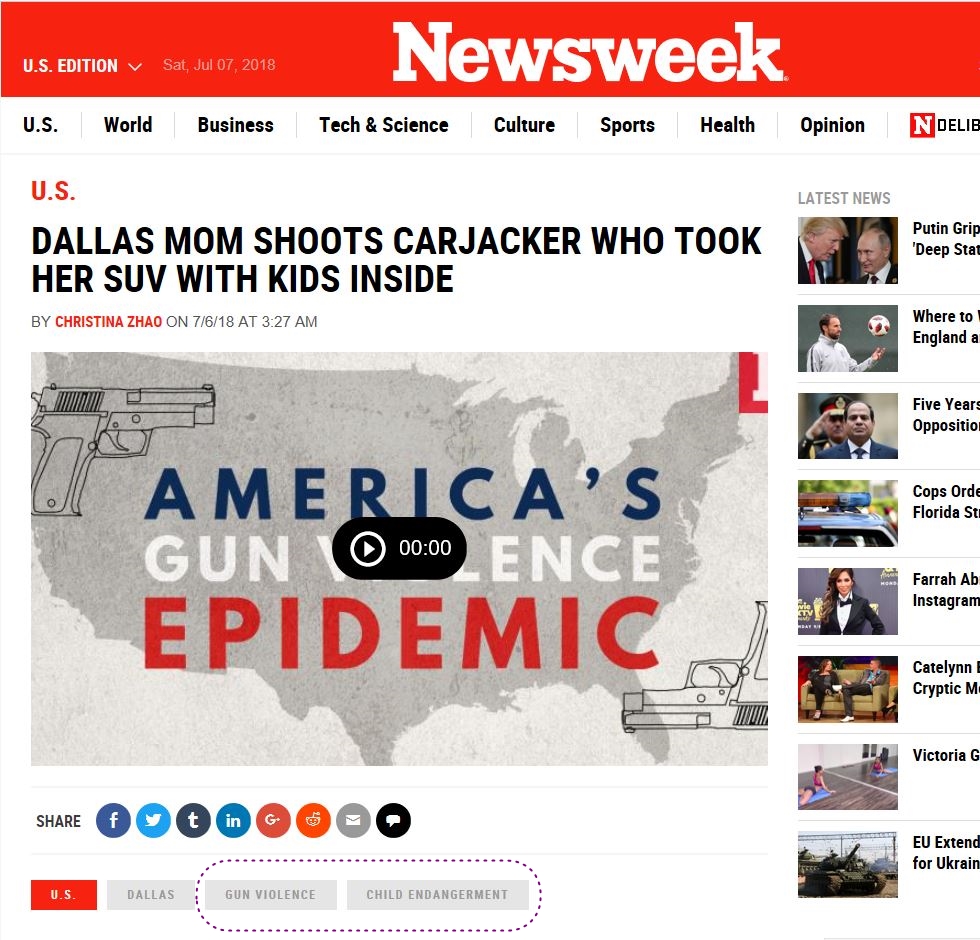 We know that our Despicable Opposition hates defensive uses of a gun, that is nothing new. But usually they have a smidgen of common sense not to go after mother defending their children which makes these attacks almost baffling. Maybe Shannon Watts got mad because a Mom instead of demanding action, took action and saved her kids lives.  Then again, I have the gnawing suspicion that the reason might be another one altogether worse:

Maybe the vicious attacks are due to the fact that Michelle Booker-Hicks  is black, and she committed the sins of not being a victim plus escaping the Liberal Plantation with her actions. Instead of being a victorious  other, she was supposed to be a wailing image of despair, crying for her kidnapped children and becoming another example of what’s wrong in America for the Glory of the Liberal Reich.

The Left needs victims, she refused to be one and that cannot be forgiven.

3 thoughts on “Mom saves kids from carjacking. She should not have according to Gun Control.”