Canada beats the US Women’s soccer team and goes to the final. 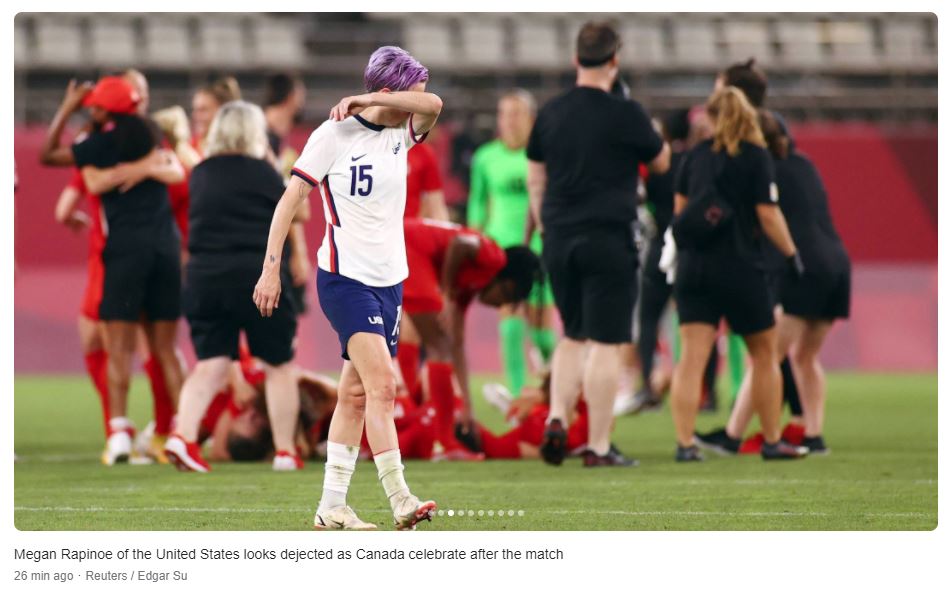 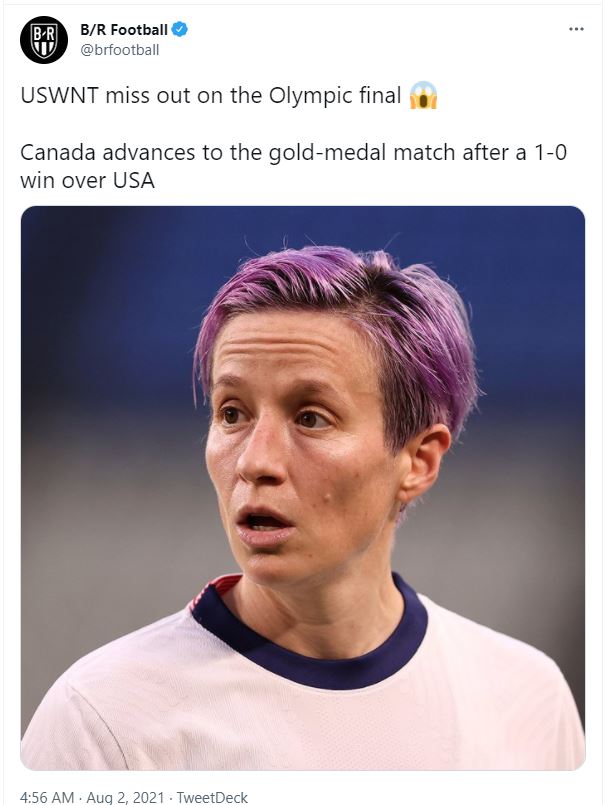 Before Megan Rapinoe and the whole Women’s Rights (pay us more! we haz vaginas!) in soccer crap came along with her, I was enjoying the hell out of soccer once again. I had seen matches played with heart and players being fierce which reminded me of the old time soccer I grew up watching.

But political bitch came along and covered the whole enchilada in political crap sauce rendering it unpalatable at first and then just plain disgusting even to look at.

And just to stay in focus: It was Megan’s team that lost, not the US even if they were wearing the colors. The US Olympic committee let her run the show so they can be considered the losers also.

But since this is the Olympics were losers are the “real winners”, expect to see Megan’s contract with Subway renewed and probably pick up a few endorsements on the way.  We are that upside down screwed up as a country  right now.