More spending doesn’t give you better outcomes, the Iron Law of Bureaucracy, and the most important article the NY Post ever published

America’s four largest states — California, Texas, Florida and New York — have a lot in common. They are iconic, dynamic and diverse. Each could be formidable countries themselves.

And, yet, they are also very different in their politics and governance. California and New York are dominated by Democrats who have implemented the nation’s highest and sixth-highest marginal income tax rates, respectively, to help finance large social programs and bureaucracies. (New York’s rate rises to second-highest if New York City income tax is included.)

Texas and Florida, meanwhile, have been governed mostly by conservative Republicans for decades; they are among the few states that levy no income tax on workers, while maintaining leaner social programs.

Can you guess the outcome?

Of course you can. 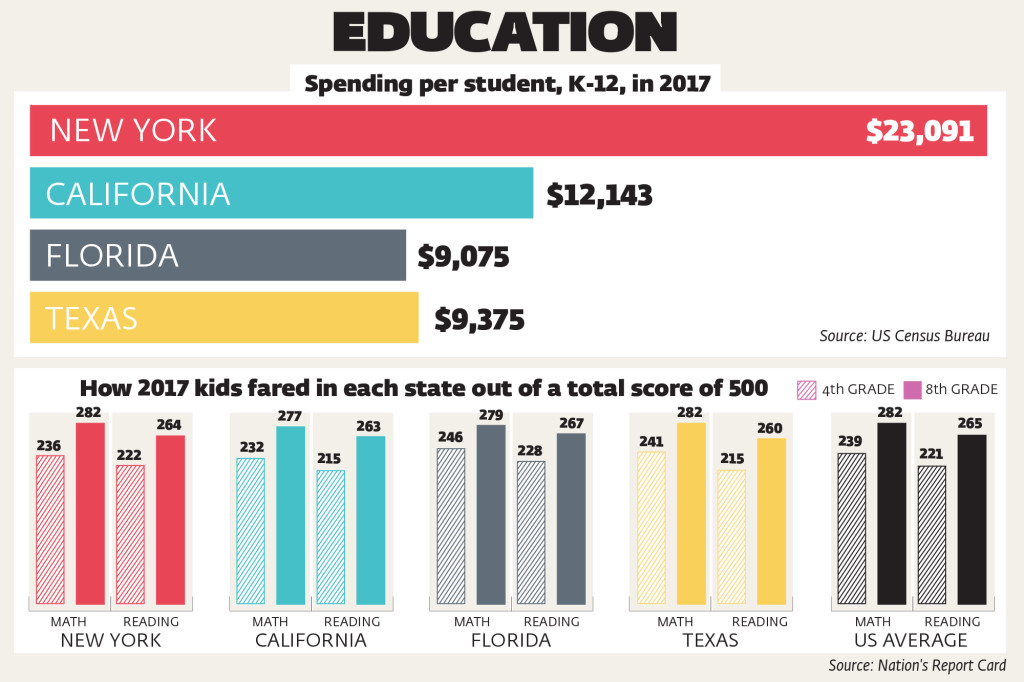 Spending two-and-a-half times as much money doesn’t make New York’s students any better off than Florida’s.

Florida and Texas do not have New York’s famous “rubber rooms” where incompetent, violent, and sexually predatory teachers who cannot be allowed in classrooms go to spend their day because it’s almost impossible to fire them. 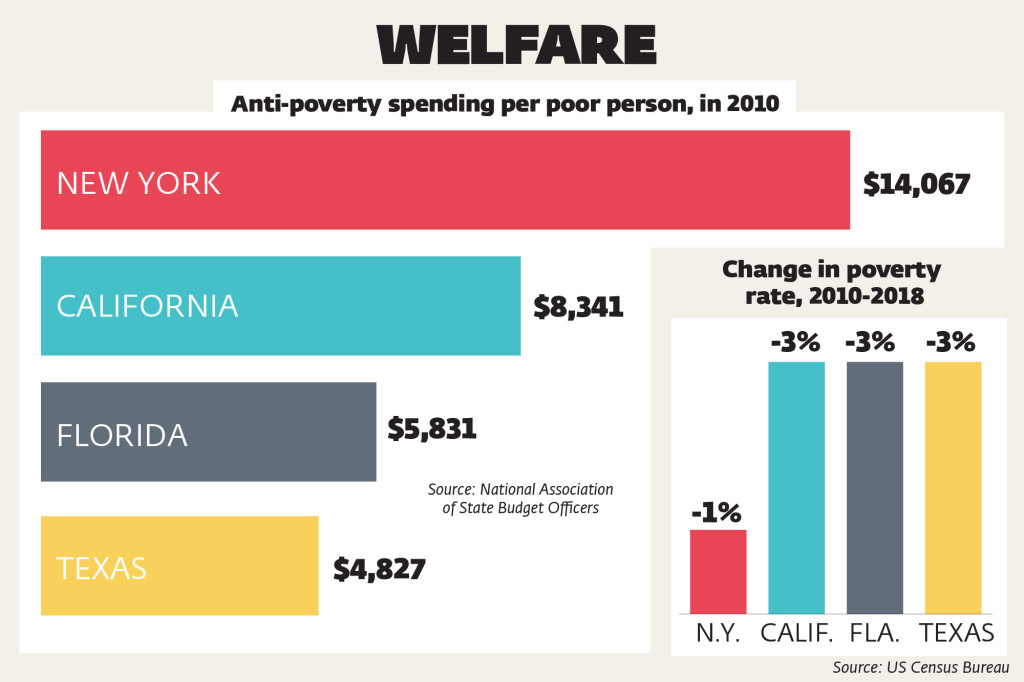 It seems like dumping huge money into welfare only encourages people to stay on welfare instead of decreasing the poverty rate.

Also, the high cost of living means that welfare, like other money, doesn’t go as far. 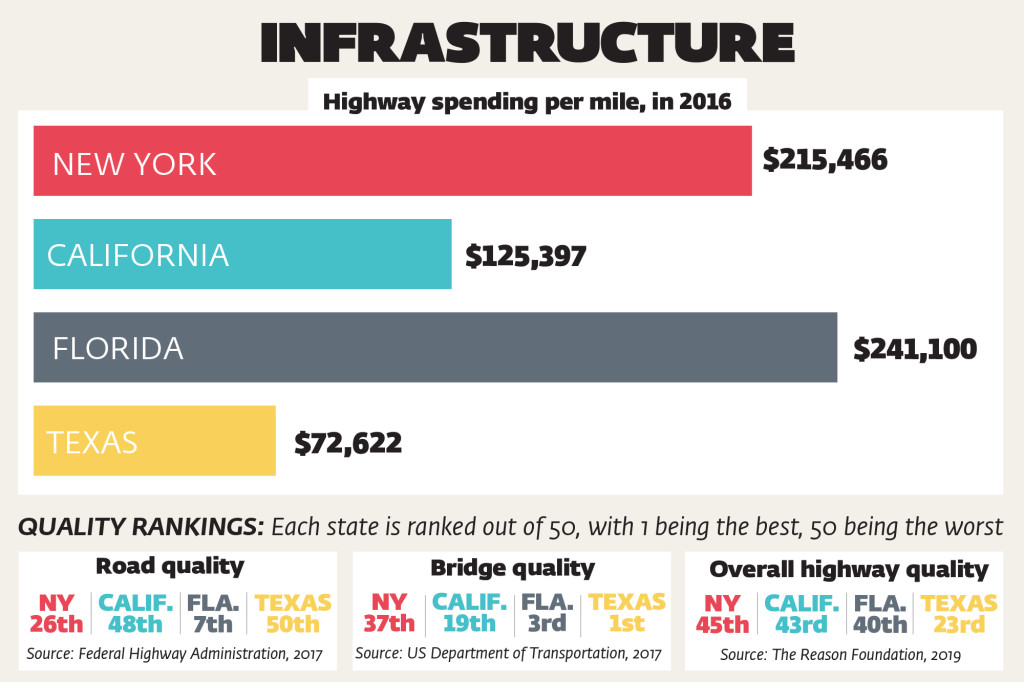 I know a little about this one.  A good family friend runs a civil engineering firm in Miami.  South Florida is a thin strip of livable land packed between an ocean and a swamp.  You either have to drain swamp or build next to ocean, both of which are expensive and challenging.

New York, on the other hand, their swamp is a sewer of corruption, graft, make-work union jobs, and other enormous wastes of money that make some people very rich while making New York City the most expensive subway-per-mile construction costs in the world.

The big picture here across all three metrics is the Iron Law of Bureaucracy.

Big Blue states with big Blue bureaucracies have a lot of overhead.  Huge spending on bureaucrats and regulators doesn’t’ mean that the final result is better and it usually means it’s worse.

Big government won’t solve the college education crisis or anything else, because it is inclined to create more bureaucrats to eat up the money than solve problems.

This article is proof that everything the Democrats say they will do if they just get to tax and spend the way they want won’t happen.  California and New York show us why it won’t.

3 thoughts on “More spending doesn’t give you better outcomes, the Iron Law of Bureaucracy, and the most important article the NY Post ever published”