For years now I’ve watched as people lose their Twitter accounts or have their content restricted on different platforms because some woke skold doesn’t like what’s being said.

How many times has Steven Crowder been suspended on YouTube? President Trump was kicked of Twitter over false allegations. Over and over it happened. When conservatives complained that it was happening to them, some left-winger would point to some small time blogger/Twit/YouTuber and say “It’s not just the right, it is everybody and it’s fair.”

Elon Musk has been going through Twitter with the chopping axe. As he described it, he was walking around the office and every time he saw somebody that wasn’t doing anything he would ask “What’s your job?” If the person couldn’t give a good answer, he fired them on the spot.

In addition to those he fired, many quit because Elon was bringing back “hate speech” or some such horrid thing.

So Business Insider is now reporting that “Prominent left-wing activists” have been suspended (or banned). So let’s take a look a look at some of these.

Chad claims that his account was suspended due to a “mass reporting campaign”. It seems a group called “Zanting” publish instructions on how to report accounts and listed Chad’s account. Of course when the antifa thug was actually suspended people celebrated.

The problem is that at no point in this article does it say what Chad was reported for doing. And just because it was organized doesn’t mean it wasn’t the right thing to do.

Mass reporting is a tactic that the left has been using for years. They target some body they don’t like and within a short period of time a bunch of NPCs start reporting the same thing. It is sort of like all the 1 star ratings on conservative books on Amazon which read “The author is a horrible person, I refuse to read his drivel. I’d give zero stars if I could”.

Amazingly enough, Chad seems to know the people that use to run Twitters old “trust and safety” team. Quoted because trust had nothing to do with it and policing speech is never about safety for the speaker.

CrimethInc said in a written statement to Insider: “We have been using Twitter since 2008. We have never so much as received a warning. On November 25, Elon Musk banned us at the request of a far-right troll who has made a career out of targeting those who oppose fascist violence.

See, they weren’t getting warnings prior to Elon taking the helm, so they shouldn’t have been banned. “We’ve been moving around the country for the last decade killing people and nobody has said anything to us. Arresting us for murder without a warning isn’t fair”.

[Elm Fork John Brown Gun Club] said in a written statement to Insider: “Our primary account, like many others, was baselessly suspended after numerous campaigns by right-wing propagandists like Andy Ngo to silence us. The reinstatement of the most vile antisemitic, racist, and transphobic accounts coinciding with the silencing of accounts documenting them is not a coincidence. This is a clear indication of Musk’s interpretation of who ‘freedom of speech’ applies to.”

Consider this paragraph written by Insider:

Musk has described himself as a “free speech absolutist,” and reinstated several right-wing accounts that were previously banned including Donald Trump, Jordan Peterson, Kanye West, Babylon Bee and more.

Ok, nothing wrong there, but here is the very next paragraph:

[Chad] said Musk’s free speech campaign is really just about “bringing back a lot of legitimate violent neo-Nazi accounts.” He has “thrown his lot in with far-right extremists and they have his ear,” and he is “in an echo chamber of his own design.”

The normal person reading this is going to read it as if Chad or Insider has said that Trump, Peterson, Kanye, and the Babylon Bee are all new-Nazis. Note that the article in question was written before Kanye was kick back off Twitter. 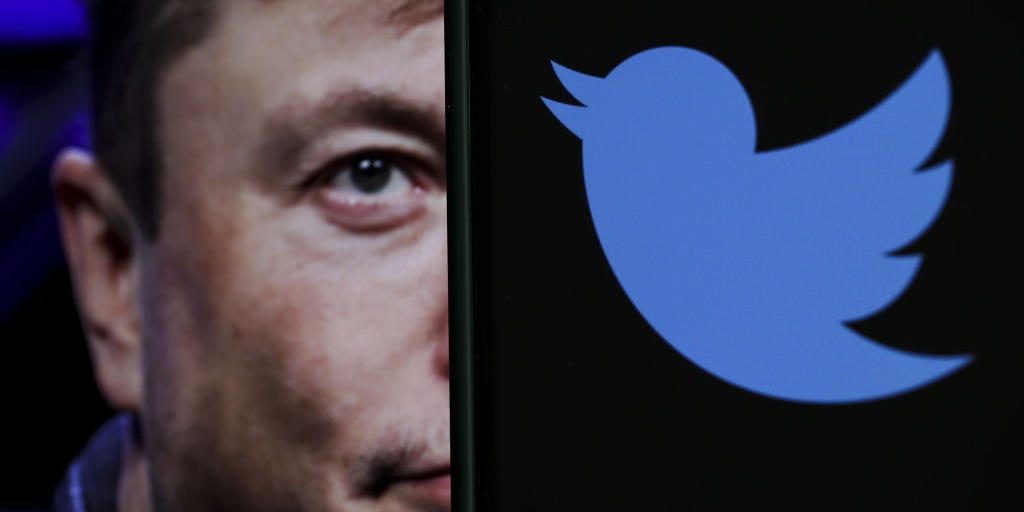 Several left-wing activists had their Twitter accounts suspended after a false-report campaign by far-right users
One of the users targeted told Insider they had found evidence of a coordinated campaign to get them banned from Twitter.

One thought on “Now they notice, “Left-wing activists have Twitter accounts suspended””