As reported by the Media Research Center, the June 6 episode of the program, titled “Dua,” and July 18 episode “Scorpions in a Bottle” featured a storyline where fictional Navy SEAL Ricky Ortiz and wife Jackie debate the efficacy of firearms ownership.

The Missus and your truly have been watching SIX and we also notice this dialogue this last weekend:

Ricky: I found it in the glove compartment of your car.
Jackie: I took the magazine out.
Ricky: Where’d you get it? You know there could still be a round in the chamber, right? Is there a round in the chamber, Jackie?
Jackie: No.
Ricky: No? This is what gets people like you killed. This is what kills our kids. And it happens all the time. This piece is around 600 bucks, and I know you didn’t buy it. So who gave it to you?
Jackie: I’m sorry, Ricky. I was scared. You weren’t here. I panicked. I’ll get it out of the house.
Ricky: Who gave it you? Goddamn it, who gave it to you?!
Jackie: Alex. Caulder. I’m sorry. Say something.

Boy, was my wife pissed when she watched this, but first, a bit of background for those who have not watched the show: One of the Team Six members was assassinated by a Jihadist Killer and they strongly suspect the rest of the team is being targeted, hey just don’t know who. This particular family has “gone dark,”  moved to a cheap motel and the mother is alone with the two kids while daddy goes to missions. he paranoia to the family has been injected by the father, the same individual that is not only against her wife having a gun, but acts like the stereotypical Macho Latino.

So, as I said above the love of my life was pissed. Her words were something like “We are being targeted by a killer with you gone to places unknown and I cannot have a gun to defend myself and my kids? Are you for real? Hell no!”

But the show not only is giving an Anti Gun message but a very sexist one: Only two females are using guns in the show: The Jihadist killer and a CIA agent who illegally executed a prisoner.  Basically the writers of SIX are saying that women will either be useless to manipulate a gun and kill the kids or they will turn into blood-thirsty bitches.

That is the Feminist message Hollywood gives to women: You are a strong responsible female unless you touch a gun and then become (by act of NRA voodoo) into a psychotic killer or a blundering idiot. 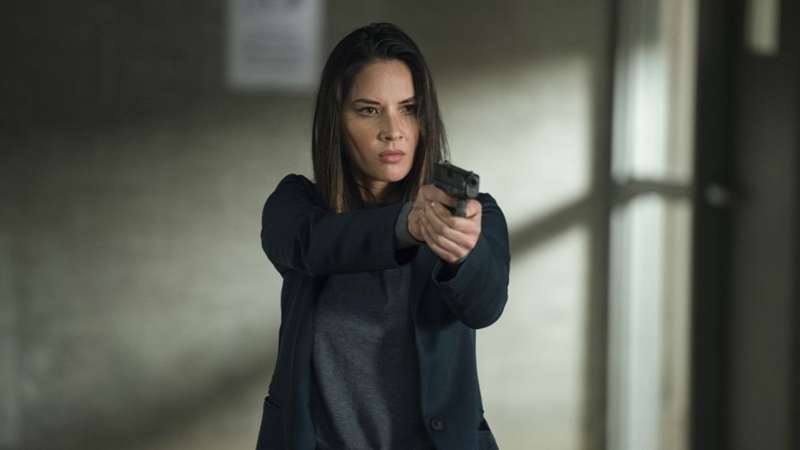