One to avoid: The Hot Zone. 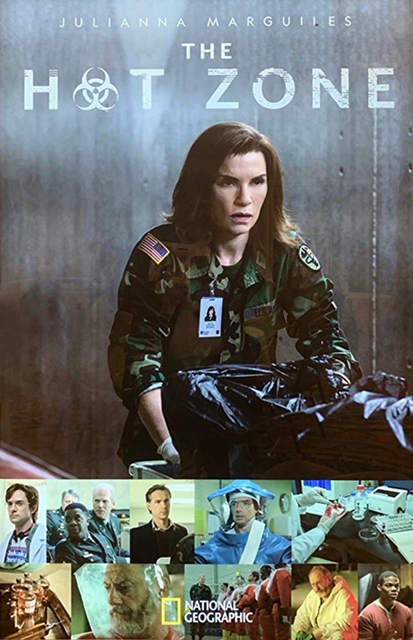 This is a mess. The premise is that an Ebola outbreak  (that at the end turns out it was not Ebola) happened in the US sometimes in th late 80s and how it was fought and we are barely alive because of one brave colonel and her Teacher Zen Biomaster who hs been rejected by the scientific community but you just know he has been right all along because the movie formula is older than a Ford Pinto.

The movie is chock-full of production errors. Two that as former audio guy made me scream, was an old dual cassette answering machine (I had the damned thing) having an digital voice menu. The other was this old school electro mechanical cash register again going with digital “beep bop” when the cashier was entering a price.

Absolute lack of use of logic like a warehouse in the middle of winter with no power and no heat apparently so hot people were passing out, yet somehow the freezers where they kept dead monkeys were working like a charm.

And here and there you hear small script things that made you think you were listening to PETA and other ultra liberal crap. And you get your confirmation at the end of the movie when our hero, now retired from the evil Military-Industrial machine, has become a spokesperson for Gaia and warn us that Ebola, HIV and other viruses are the Earth’s response to the planets deadliest pathogen: Humans.