On Hogg at Harvard

I know Miguel broke the news about David Hogg getting into Harvard, but I wanted to dive into that a bid deeper.

According to The College Fix, David Hogg had an SAT score of 1270.  Back when I took the SAT, the test still had analogies as part of the verbal section. 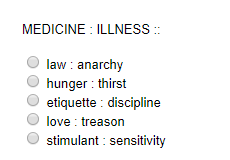 Those have since been removed.  It’s a good thing for Mr. Hogg that they were because his score would be lower than 1270.  Why?  Don’t forget this Tweet of pure genius:

I don’t know what a Constitutionally protected toll used by humans has to do with one of the most efficient predators ever evolved, but then again, I did a lot better on my SATs than David did.

On a side note, he got a 1270 SAT score but has a 4.2 GPA, which makes me curious about the academic rigor of MSD High School, and if they are as tough on grades as they are on criminal behavior?

This is probably why, as the New York Post put it “David Hogg having trouble getting into college after high school.”

Or in an interview with TMZ:

He announced he would take a gap year “to change the world” which many people realized was just an excuse for not getting into a single college.  He was mocked by Laura Ingraham for his rejections, and he responded like a mature adult by initiating a boycott against her sponsors.

Actually, that makes him seem more like a thin skinned bully.

But being a total shithead is what he’s good at, considering that he at age 18 had the temerity to say that his generation had to fix the issue of guns because the generations older than his can’t work a democracy or an iPhone.

Why does he need to go to college with an attitude like that?  He already knows everything.

Except, of course, the finer details of the law, like when he told Canadians to violate federal election law by donating to American anti-gun politicians.  Even Michael Moore realized that this kid needed to be put on time-out away from the cameras for a while.

The video, just because it is embarrassing:

I guess that’s why he announced he’ll major in political science.

Such as the caliber of Harvard students who search a roommates room for guns because she’s from Alabama, and then engage in a conspiracy with a landlord to violate her housing rights as per Massachusetts state law.

Then there was Harvard’s hiring of the Traitor Bradley “Chelsea” Manning as a lecturer, until a massive backlash made them retract the offer.

Then there were than antics of Harvard Law students and the School in regards to the provably false accusations of sexual misconduct by Justice Brett Kavanaugh.

Last, let is not forget that the DOJ is backing a lawsuit by a number of Asian rejected applicants for discriminatory practices.

Harvard has proven itself to be a far Left institution with little if any adherence to intellectual rigor or the truth.  This later part is ironic as the motto of Harvard is Veritas.

The reality is more like “Unqualified student accepted to diploma mill for the moneyed Leftist elite.”

Remember, Harvard is a school that only charges tuition as a way of keeping out the riffraff.

He’s going to get his degree in political science, because Harvard will not let him flunk or drop out.  He will be offered a six figure job with some activist group, lobbying organization, or equivalent where he will be a face and nothing more.

All of this will cement that a Harvard diploma is nothing more than a certification of indoctrination and not any sort of higher level education.

I stand by my continued advice, never hire a Millennial Harvard graduate.  They have the intellectual depth of a puddle of piss on a stadium men’s room floor.

2 thoughts on “On Hogg at Harvard”