One job for Lame Duck Republicans

Yesterday I posted this video of one of Maduro’s military thugs in a armored personnel carrier running over protesters in Caracas.

Then last night a buddy of mine sent me this: 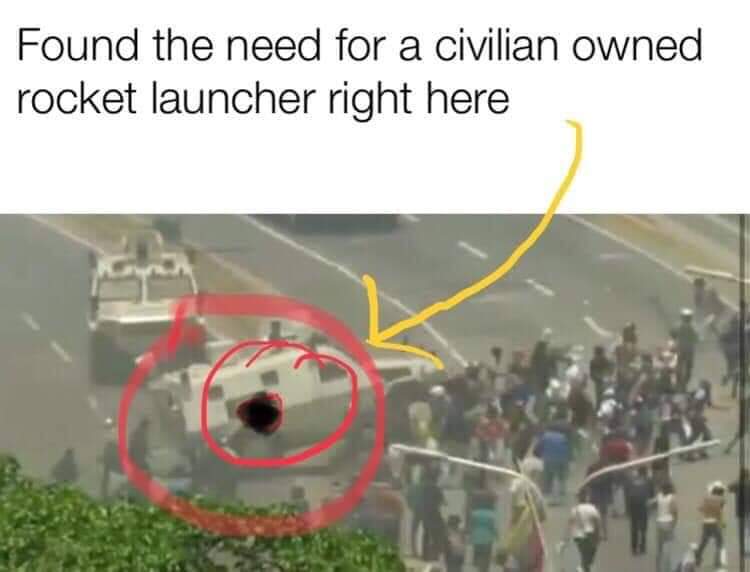 If what the deep thinkers on the Left say is true, that Bernie Sanders is the candidate who will beat Trump, and that comes to pass, then lame duck Republicans have one job.

Because when President Sanders hands the keys to an APC over to Antifa I want to own a God damned M4 Car Gustaf.

The history of socialism from Mussolini’s Blackshirts, to Hitler’s Brown Shirts, to Stalin’s NKVD, to Maduro’s GNB is of tyrants filling the ranks of military or paramilitary units with loyal thugs who take great pleasure in stamping their boots in the faces of citizens, and much worse.

If the Second Amendment means anything as a bulwark against tyranny, when that moment comes to America, I want more than just an AR-15.

9 thoughts on “One job for Lame Duck Republicans”