What a wonderful expenditure of ammo!

Caught this from Oleg Volk’s place and I had to share it.

Stocking up for the next four years.

If what happened in Congress yesterday and the absurd speech by Nancy Pelosi blaming all republicans is any indication of what is coming, we better start stocking up. The amazing chutzpah can only be attributed to her knowledge that no real investigation will ever be made on the causes that brought down the financial markets because that would surely put the blame on the icons of the Democratic Party: Jimmy Carter, Bill Clinton and to an extent kill the presidential hopes of Hossanna Obama. And she is resting assured that the Main Stream Media will bury the story as deep as possible even though if it means no more jobs for them.

If past history teaches us anything is that, if Obama wins and gets to apply his social policies, we will see more misery and we will also have a rise in violent crime. Depending on how fast it happens and if Congress is still held my Democrats, rest assured we will see an onslaught of federal anti-gun measures brought to both the Senate and the House of Congress, highly touted and supported by the Media as the solution for all crime problems and will be signed by Obama with a smile. Make no mistake: THERE WILL BE NO SUNSET PROVISION IN ANY OF THESE LEGISLATIONS. We will be shafted forever with deep restrictions to our Second Amendment.

Things will be marginally better with McCain. With his history of “reaching across the aisle” I am sure he will be more than accommodating to restrict our access to guns if he needs some important piece of legislation passed in the democrat-controlled Congress. We are barely a little over a month before elections but other than vote, there is little we can do. We need to set out targets on changing Congress with the strength of a sandblaster. We need to get rid of the liberal democrats and RINOS that brought us to where we are and will have no compulsion in transforming the USA into a Third World country. Our mandate is to clean Congress in 2010 to our favor and keep it there. Time to start is now.

In the meantime, get that gun you wanted to get, better yet get two or as many as you can afford. Get ammo and lots of it. If you don’t reload, you better think about it and fast, there are plenty of resources and help in different websites and forums just in case OSHA under Obama decides that ammunition is dangerous to your health and you should have a HazMat permit to store it. Get as many spare high capacity magazines as you can since they are the first target alongside those ugly assault rifles of future bans.

Get ready, sinister times are coming.

On toting guns and verbose stupidity.

Sometimes I have to the harsh realization that there are people inherently stupid, mean or both. According to Political Radar, Democratic Congressman Alcee Hastings (District 23, Florida) recently tried to scare voters into voting for Obama by saying:

“If Sarah Palin isn’t enough of a reason for you to get over whatever your problem is with Barack Obama, then you damn well had better pay attention,” said Hastings. “Anybody toting guns and stripping moose don’t care too much about what they do with Jews and blacks. So, you just think this through.”

Basically this mentally challenged politician is waving the banner of THE KLAN IS COMING in order to promote Hossanah Obama into the White House. I am guessing his prejudices are so deep that if he sees a white with a gun he thinks lynching. It is a pity that he does not consider intellectual lynching a crime.

Alcee Hastings has a score of 100 from the ACLU, the same ones that do not recognize the SCOTUS DC v Heller decision.  He is highly regarded by almost every left wing organization in the US although he did not fare well with The Genocide Intervention Network–Darfur Scores or Latin America Working Group. I guess if you are a non-voting minority, you don’t enter in his radar. He did get a 93 from the Brady Campaign but he got remedial from the NRA and Gun Owners of America. In other words he is a bonafide gun grabber and a despicable human being who I guess would be willing to sell his mother for the cool side of a pillow.

I bumped into several news items published in Ski News related to the rising gun violence in England and I am amazed that it happens at all! From unarmed police officers being shot by armed thugs to teens brandishing AK-type weapons and scaring the hell out of motorists to individuals making weapons to sell to gangs none of these were supposed to be happening in the Old Country. The Queen’s subjects were guaranteed by their govrnment that banning weapons from civilian possesion was going to keep them safe. The promise did not hold.

One in 10 brits say that they have been affected by gun crimes. The number should be zero according to the gun control “experts” that still insist on spouting their failed theories. And as the gun laws are slowly being eliminated in the USA with a corresponding degree in the number of crimes, England’s viloent crime rate keeps rising.  Still the “experts’s” solution is to add new gun control laws and increasingly more power to the police without realizing that decreasing the number of victims by empowering them to defend themselves is the answer and not disarming civilians and thus creating a guaranteed pool of unarmed product for the criminal consumers.

But what do I know? I am a gun nut and they are Civilized… and dying.

From the Dissident Frogman

Good luck if you think we forgot. 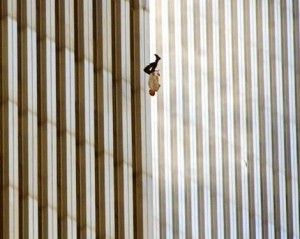 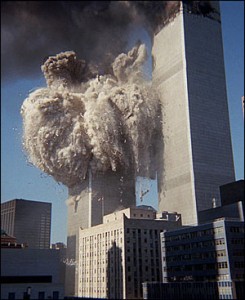 Obama Says: “I don’t have the votes.” and I say let’s keep it that way.

The latest from Hosanna Obama comes from the Wall Street Journal. It seems that during one of those “spontaneous” town hall meetings at a factory in P.A. Obama was asked about a rumor that he intended to ban guns to which he started blabbing the following:

“If you’ve got a gun in your house, I’m not taking it….Even if I want to take them away, I don’t have the votes in Congress,’’ he said. “This can’t be the reason not to vote for me. Can everyone hear me in the back? I see a couple of sportsmen back there. I’m not going to take away your guns.’’

OK, how stupid does he thinks people are? In his elitist case, plenty. And that is because as a good Liberal, Obama thinks the common folk are too stupid to grasp the advanced ideas he has to make everybody equal (read miserable) in his future Obama Nation. Good thing is that Obama does not have the capacity of thinking on his feet and lie properly and we are rewarded with pearls of stupidity like the one above. If you want another example of his verbal trip & falls, here is another quote from the article:

Obama trotted out his standard policy stance, that he had a deep respect for the “traditions of gun ownership” but favored measures in big cities to keep guns out of the hands of “gang bangers and drug dealers’’ in big cities “who already have them and are shooting people.

Now this comes across as insanely stupid since his political hometown of Chicago, one of the most anti-gun in the country is racked with a murder wave that beats imagination. It is easier for a citizen of the Windy City to get cancer than to legally obtain a firearm yet the gang-bangers and drug dealers (already breaking tons of laws for possessing firearms) have no trouble getting guns. Yet Obama plans to repeat the failed experiment across the nation and make us forced victims of his absurd stance. Of course if he becomes president, he will have the full power of the Secret Service to protect him but your Average Joe in Chicago, New York, Boise, Miami, Nashville, etc will have to deal with a criminal working his trade under the sponsorship of the Federal Government.