This is not sarcasm, this is real. 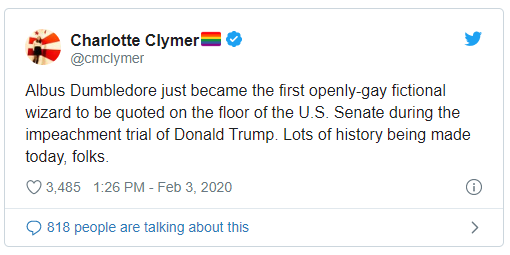 Too many fictional straight wizards have been quoted for too long.

I wonder if anybody in Clymer’s circle knows that the Democrats had an actual wizard, a Grand Wizard, serving in Congress until he died in 2010.

2 thoughts on “Progressive priorities in Congress”