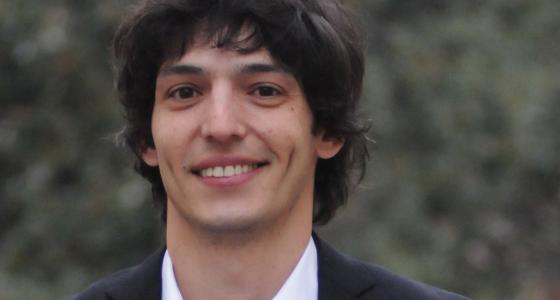 Shapira’s work investigates what drives people to join gun-owning communities and what this means for democracy. The communities, Shapira observes, not only shape and transform individuals drawn to gun culture but also society at large.
“We are seeing individuals taking on the roles of government when it comes to self-defense and issues of enforcement of the law,” Shapira said. “What might this mean for democracy and democratic institutions? What does an armed society hold for the future of America’s democracy?”

That quote apparently has been extracted from sociologist Harel Shapira’s  “The right to kill: Guns, justifiable homicide and the future of American Democracy.” I cannot say with certainty since his work does not appear to be available online. But for the sake of the argument, let’s play that it is an accurate quote and play the game.

[highlight2]”We are seeing individuals taking on the roles of government when it comes to self-defense and issues of enforcement of the law.”[/highlight2]

What in heck’s name does that mean? Goverment issues/controls/gives self-defense?

So, out of the gate we are witnessing an intellectual fallacy: Self defense is the inherent right of an individual to repel any unwarranted attack. Governments are not individuals and should not have the power to restrict or invalidate a person’s ability to defend him/herself.  My take is that Mr. Shapira believe in the old British Monopoly on Killing:  “The state- that is the Crown- insisted on monopolizing for itself the act of homicide” and you were not allowed to defend yourself unless you were in “situations in which flight from the scene was entirely blocked, and even in such cases one had to retreat ‘to the wall’ (the legal phrase) before one could without blame stand one’s ground and, if necessary kill.” The quotes are from the book  “No Duty to Retreat: Violence and Values in American History and Society by Richard Maxwell Brown that I reviewed almost three years ago and is such a great little window into the mind of power absolutists disguised as gun control or gun safety advocates.

It is said that power perceived is power achieved. Governments love to make people believe they are all-powerful but Gun Rights directly sabotage that concept. Government is barely functional and quite inefficient when the country is at peace. But the moment something catastrophic happens, it becomes a parade of clown cars crashing into each other and incapable of providing timely relief to those affected. A simple comparison between New Orleans after Hurricane Katrina and the orders my Mayor Nagin to forbid guns and confiscate firearms in the midst of that chaos led to looting, arson and killings. It took over 46,000 troops and LEOs brought from outside to control the situation. Hurricane Wilma plunged six million South Floridians into life without electricity for three weeks and under gasoline rationing, yet, you never heard of looting or the traditional criminal activity when regular life hits the pause button. It was not that we were better behaved than the people in NOLA or that our streets were patrolled by  the 101st Airborne, it was simply the knowledge that You Loot, We Shoot is not just a cute phrase but a promise to the criminal element.

So maybe that is what Mr. Shapira means when he states we are taking over enforcing the law: That we simply refuse to be victimized until the proper authorities arrive to draw the chalk line around our corpses, but instead we will take whatever action is needed to defend ourselves, our families and even our country when the Government fails. I wonder if he used the word “vigilante” in his paper.

[highlight2]“What might this mean for democracy and democratic institutions? What does an armed society hold for the future of America’s democracy?”[/highlight2]

Mr. Shapira, a small reminder that the USA is not a democracy but a Constitutional Republic. With that out-of-the-way, what does an armed society means? Simply insuring that an overzealous government cannot suddenly impose its will by force. That the strong will think twice on attacking a perceived weakling because he might armed. That a marauding gang of gay-stompers suddenly become bleeding bags of torn flesh when they are stopped by their intended target. In summary, the best combination of both Freedom and Peace.

Democracy is not freedom. Democracy is two wolves and a lamb voting on what to eat for lunch. Freedom comes from the recognition of certain rights which may not be taken, not even by a 99% vote.

And there is always our favorite version of this quote:

Democracy is two wolves and a lamb voting on what to eat for lunch. Liberty is a well-armed lamb contesting the vote.

8 thoughts on “Recycling Monopoly On Killing?”