Something so dangerously stupid, you have laugh at their “Gun Safety Advocate” credentials.

I saw this posted in Twitter, but I decided to check it out myself. Dear God, it is true: Tools for Social Workers to Prevent Gun Violence.

Social Workers who have been touted as the solution to stop cops shooting people because they are going to take over the arrests of the violently deranged while they massacre the shit out of a family in conjunction with the well-known and dumb Brady Campaign, specialist in Gun Violence and making unsuspected people sue the wrong companies, lose the case and their shirts while they wash their hands, have come up with the above-linked PDF that has this dumb photo in its cover 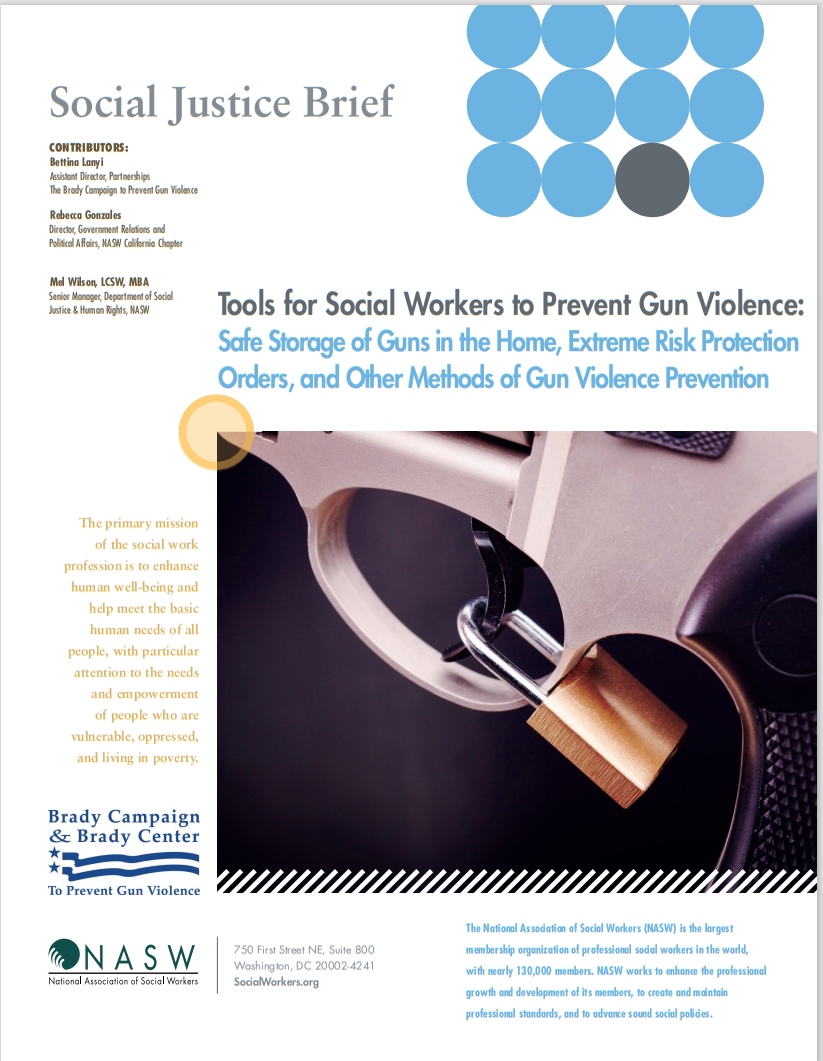 For the uninitiated, allow me to explain what is terribly wrong. Number one:  that trigger can be pulled, and I am willing to bet that it is already pulled and about 4 ounces away from firing the gun. Number 2: Once the trigger ends its travel, the stupid lock will fall into the trigger guard and becomes a stupid pendant doing absolutely nothing to secure that weapon.

This is not an instructional but a charge of manslaughter waiting to happen.  They could have gone on the Internet and search for revolver locks to obtain realistic images like this:

But then I remember: Gun Control groups get money only when people get shot. A safe gun does not kill anybody, and they can’t pump their fundraising efforts unless some innocent child is killed with a non-secured or desperately poorly secured weapon like the one above.

But we are the bloodthirsty people, right?

PS: If you have a gun at home and would like to know how to really keep it safe, start here: NRA Home Firearm Safety Course / NRA Training (nrainstructors.org)

14 thoughts on “Something so dangerously stupid, you have laugh at their “Gun Safety Advocate” credentials.”