Some days ago, the missus and I watched A Refuge of Last Resort (2019) about surviving the aftermath of Hurricane Katrina in New Orleans which was recommended by somebody online. In the documentary, some people talk about Hurricane Betsy (1965) and those who remembered what had happened were either prepared or left the town altogether. What was clear was that neither the majority of people nor the governments till Katrina did squat to prepare for another catastrophic cyclone.

On the other hand, South Florida learned the terrible lesson from Hurricane Andrew: building codes changed and there is a religious-like preparation mindset when it comes to hurricane season. Hell, you read plenty about it here in this blog. We had more strikes, none as bad as Andrew but still causing damage that was minimized by there preparations and thankfully we were back to normal as soon as we could.

But back to collective memory. I think I posted about an idiot a couple of years or more ago, trying to get access to our backyard pretending to be working for Florida Power and Light. He got all puffy when I denied access because he had raised several alarms with the way he was dressed, lack of ID and the vehicle not having the proper decals and paint scheme. I called the cops of his ass and to my amazement, the got there pretty fast which I attributed to being in the area close by. Long-short, it turned out to be a kid working for the cable company trying to access a distribution box which was not even in our property. Supervisor arrived, things got cleared and he was not arrested but given a very stringent warning about pulling stunts like that pretending to be working for FPL which the company frowns upon very much so and go out of the way to warn people with ads. 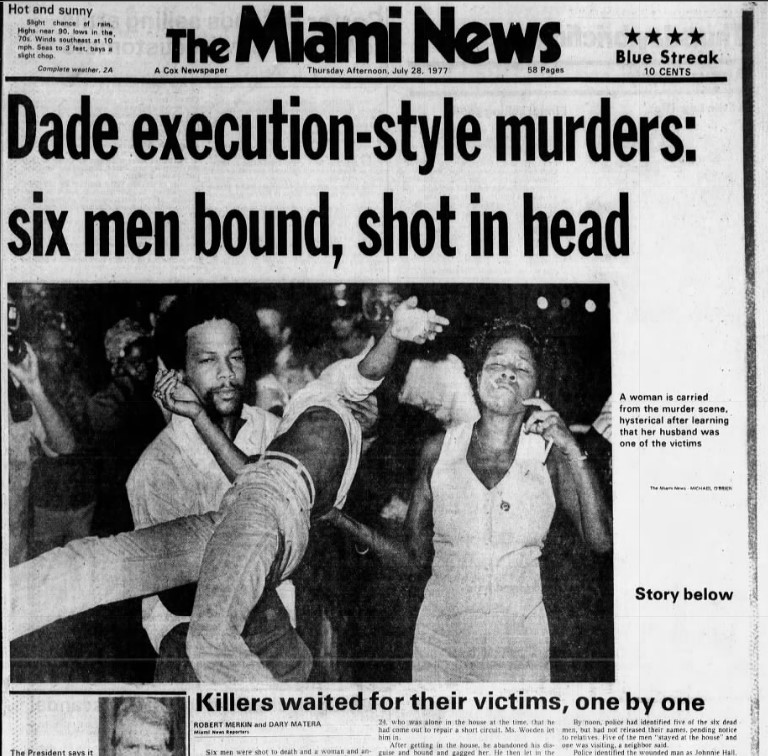 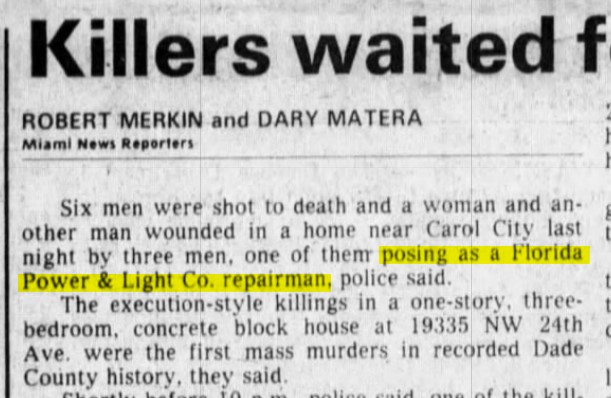 This was the first recorded Mass Murder in Miami Dade county’s history. And yes, there are still criminals everywhere trying to access homes pretending to be working for utilities and assorted government agencies, but the LEO response I saw that day may be explained by this sad event.

Anyway. just a bit of history that serves to remind us not to break the home perimeter unless is safe to do so.

2 thoughts on “The long collective memory of Miami. Lessons learned.”