The “Parent Heroes” of LBGT Support

In George Orwell’s Magnum Opus, 1984, a child hero was a child who turned in his or her parents for thoughtcrime.

The idea of the “hero child” was based on reality in the Soviet Union.  good Soviet Citizens were supposed to put Soviet ideology over such banal things as familial love.

This is happening in the West at the current moment, but not in the way that Orwell thought.  Parents are putting their Progressive ideology over the wellbeing of their children.

I do not know what the context is here, but some people recorded a little girl who was placed on a chair to be danced at by a Drag Queen at a party, surrounded by cheering adults drinking wine like it was the little girl’s bachelor party in Vegas.

Look at the look on this little girl’s face: 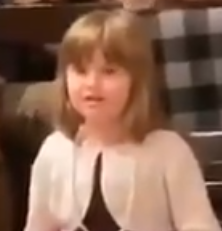 I have two children.  That is not a happy face.  She is not sure what is happening and is uncomfortable.  That girl is scare of what is going on.

I have no idea how not one single other parent in that room couldn’t see that and realize what was going on was very, very wrong.

Watching this made my fatherly instincts kick into overdrive.

It’s said that nursing mothers will spontaneously lactate at the sound of a baby crying.

Seeling that look on that little girl’s face made me want to punch the fuck out of that Queen and carry the girl away on my shoulder.

Then again, I’m not a “hero parent” who would willfully harm my child to show how woke I am.

Who wants to bet?

3 thoughts on “The “Parent Heroes” of LBGT Support”