The twisted and ignorant vision of crime virgins. 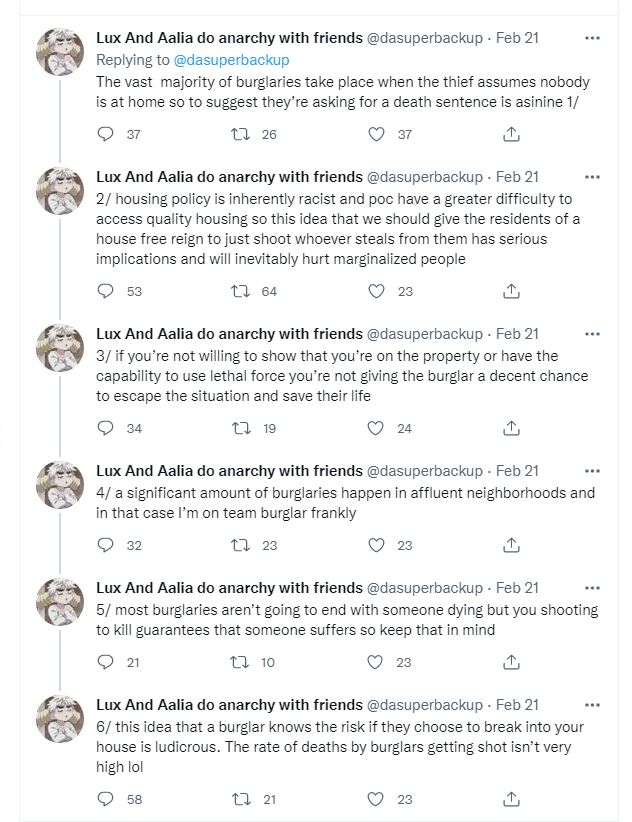 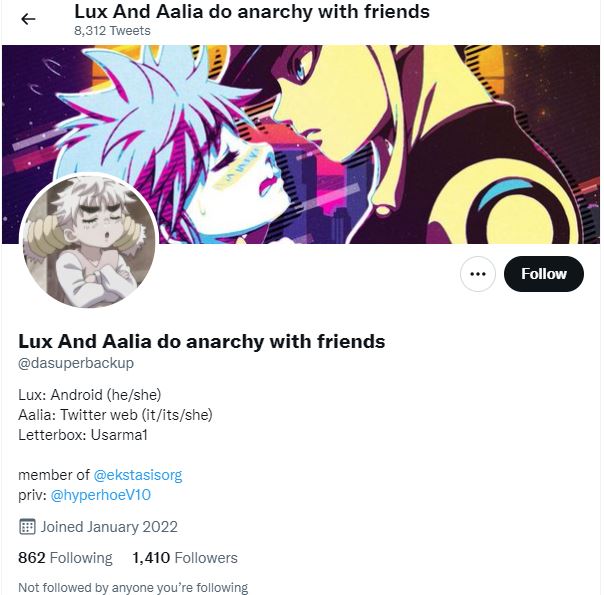 Let’s take it point by point, shall we?

1- The vast majority of burglaries take place when the thief assumes nobody is at home so to suggest they’re asking for a death sentence is asinine.

The problem with this assertion is that the author assumes the intentions of whomever breaks in are peaceful (the action of breaking in already contradicts that) and that our posture should be one of, if not submissiveness, at least immobile pacifism.

I have to say I have no idea what provoked this train wreck of thought. But we would do well to remember that once not too long ago, firearm ownership was verbotten to those of low income and having to live in government-provided housing. A couple court decisions invalidated such dangerous policy and allows those “marginalized” people to defend themself with the proper tooling against home invaders.

3- If you’re not willing to show that you’re on the property or have the capability to use lethal force you’re not giving the burglar a decent chance to escape the situation and save their life.

I can tell these are people who really do not know the criminal element and truly believe all burglaries are done by poor people looking for a loaf of bread and a gallon of milk to feed the babies they have at home. We do not have the legal ethical or moral obligating to inform the criminal element when we are not home so they can come and steal our stuff. The onus of getting killed because they broke into an occupied home with armed inhabitants lays 100% on his future corpse.

4- a significant amount of burglaries happen in affluent neighborhoods and in that case I’m on team burglar frankly.
First, I believe she/he/it/they/wtf is wrong and even if that is the case, what we have here is a cute little Starbucks Socialist thinking she/he/it/they/wtf belongs to the People’s Party and do not own a BMW so they are not rich. The problem has always been that there are people poorer than you that see you as rich and thus, they have the right to remove your poseesions and maye take a joyride with your body orifices.

Death is an unfortunate by-product of a criminal breaking into a wrong house or selecting a victim that is not a victim. And my guess is that once dead. he won’t be suffering much. I cannot account for his soul’s travels to lower regions.

6- this idea that a burglar knows the risk if they choose to break into your house is ludicrous. The rate of deaths by burglars getting shot isn’t very high lol

I am reading and I am trying to figure out if it is burglars dying during a Home Invasion (That is what breaking into an occupied home is called, by the way dear she/he/it/they/wtf ) or if the occupants or a home die during a home robbery invasion. I am going to assume is the latter and say that in my case, I will use my firearms to keep the chance of being killed or injured by some idiot who got in my house without permission to zero by the proper application of ballistic therapy. Why? Because I do not know their intentions, nor I have the time or the inclination to ask them before I make a life-saving decision.

And truthfully, may they never find out what is to deal with the criminal element. They will be in therapy for decades and very possibly in chemical dependency forever.

15 thoughts on “The twisted and ignorant vision of crime virgins.”