They are surprised the “peasants” are revolting. 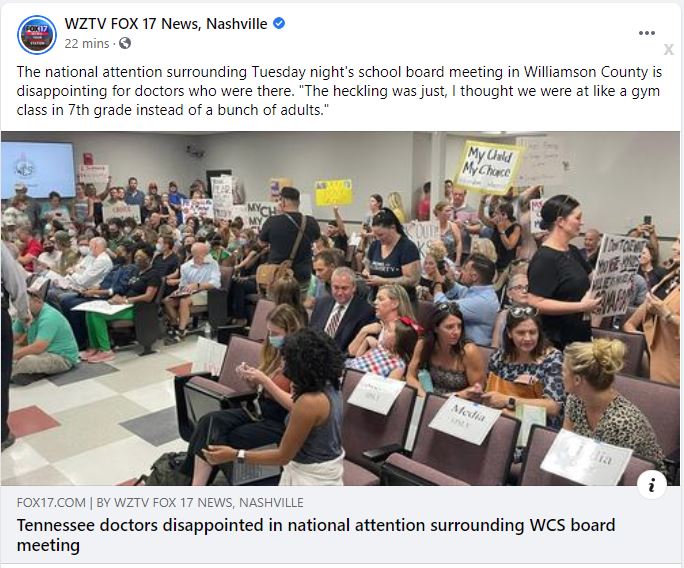 Dr. Keffer spoke at the meeting, encouraging the board to require masks.

He was repeatedly interrupted by people against masks.

“The heckling was just, I thought we were at like a gym class in 7th grade instead of a bunch of adults,” he said.

Doctors firmly believe they are not to be challenged by anybody, including their own. privately, they know they are full of crap and many a times the reason they order so many tests and imaging is they are not sure what the hell might be wrong with you, but God forbid if they confess their weaknesses.  But in public? They portray themselves as the ultimate shield and sword carriers, warriors of the caduceus and the wisest men and women around, not to be challenged by the unskilled and uncouth.

I love that they feel they stepped on gator shit and did not see it coming. But they only have themselves to blame for it. The producers of Covid Theater of Terror keep switching characters and changing the script while the doctors simply go along with the tidal flow thinking nobody is paying attention because the little people are stupid by nature. I bet it was a major hit to the ego when Jane Homemaker flipped the bird and challenged the need for a Fauci Face Diaper so little Jimmy allegedly does not contract Kung Flu.

And the idiocy of having pre-teens with a mask mandate is absurd. At that age, boys can barely keep the shirt tucked and the socks up and straight, but they are supposed to have a mask perfectly installed in their faces while in school or the playground. But it must be done because the “science” (script) says so and the doctors agree even if human nature says otherwise.

6 thoughts on “They are surprised the “peasants” are revolting.”