Venezuela isn’t a problem for the Democrats

Miguel has touched on this Tweet from Bernie Sanders, twice.

The people of Venezuela are enduring a serious humanitarian crisis. The Maduro government must put the needs of its people first, allow humanitarian aid into the country, and refrain from violence against protesters.

The second time, he posed that Venezuela is becoming a thorn on the side of Liberal/Progressive Democrats.

With all the respect I have for Miguel, I don’t think that is the case.

I have read the comments left by the Bernie fans, and while they are dragging Bernie over the coals for his comment, they have made a the situation in Venezuela crystal clear.

Venezuela is not real socialism.  Maduro isn’t actually a socialist.  The economic situation in Venezuela is entirely because of the racist, colonialist, capitalist, exploitation of the United States taking Venezuela’s oil and sanctioning the country.

Not to mention that the aid is just cover for America to smuggle weapons into Venezuela to create a civil war that America can further exploit. 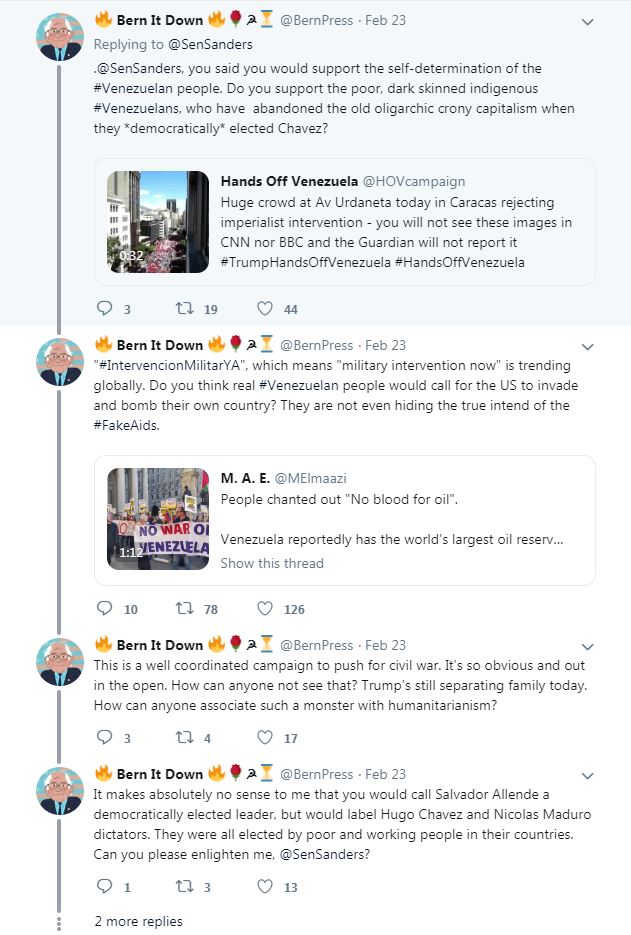 Wanting the socialist dictator of Venezuela to step down is racist because the people that oppose him are white. 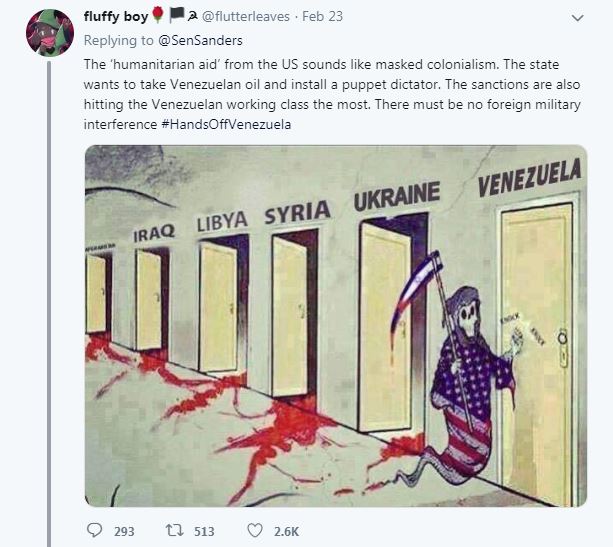 Note, scratch a socialist, find an anti-Semite.  What does Israel have to do with Venezuela at all? 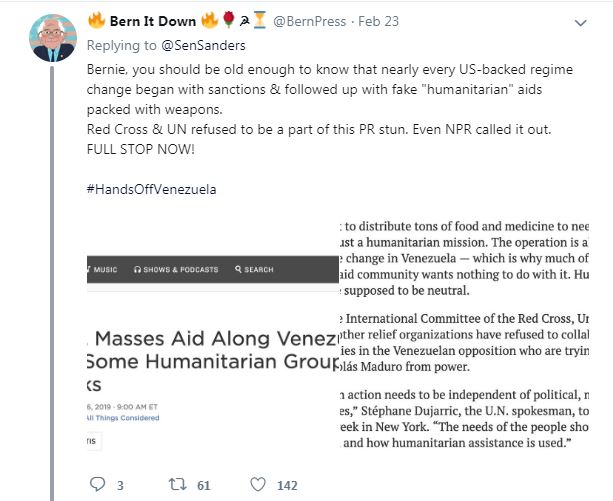 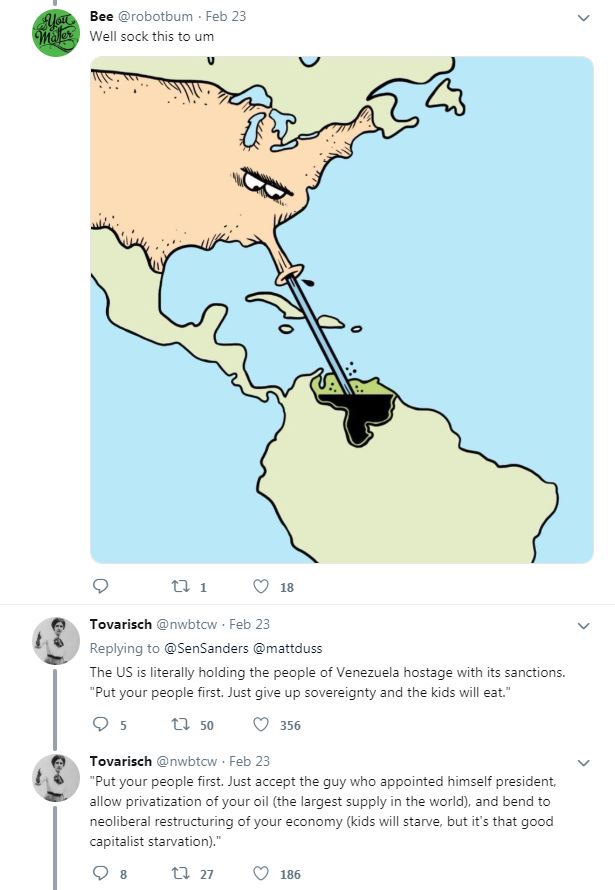 Venezuela couldn’t make money  on oil when it cleared $100 per barrel. 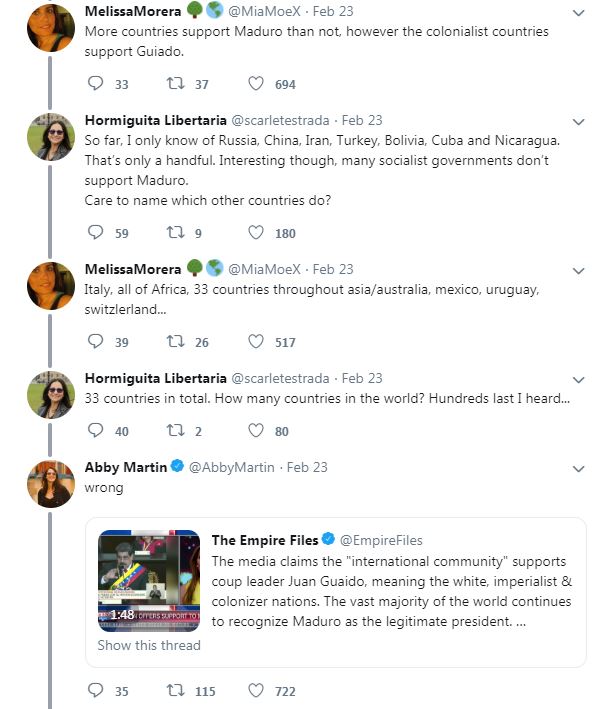 When you lose the US Maduro supporters…

What I have learned here is that Bernie is Boxer from Animal Farm.  No matter what he did to mainstream socialism in America with his 2016 campaign, it wasn’t enough and they are going to send his old ass out to the glue factory.

Maybe this is why at his Town Hall he responded to Trump’s statement about socialism this way:

He can’t come right out and say he’s a socialist and lose middle America but he can’t deny it either and lose his base.

He’s trying to play both sides.

But if anybody thinks that hanging the failure of Venezuela on him will hurt him, they are mistaken.

Venezuela wasn’t real socialism, in America, it will work.

6 thoughts on “Venezuela isn’t a problem for the Democrats”