Venezuela’s Energy Problem shows the importance of the Electoral College. 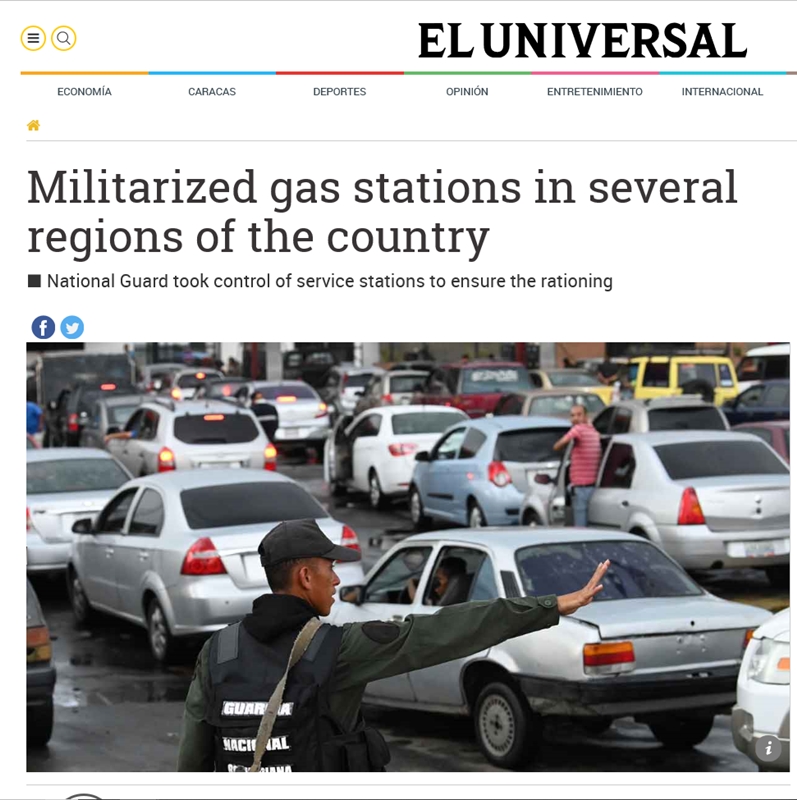 ‎Caracas‎‎.-the service stations in Falcón, Lara, Monagas, Tachira, Trujillo and Bolívar were taken by officers of the National Guard as part of Government measures to restrict the supply of gasoline whose scarcity is has accentuated in most regions of the country.‎

‎In Falcon, headquarters of the Paraguana refining Center, the largest in the country and the second largest in the world with a capacity to process 940 thousand litres of petrol, the GN platoons took control of the suppliers for the purpose of enforcing the measure of re striccion 30 litres per vehicle and 50 litres to units of the public transport of passengers or cargo with foodstuffs.‎ 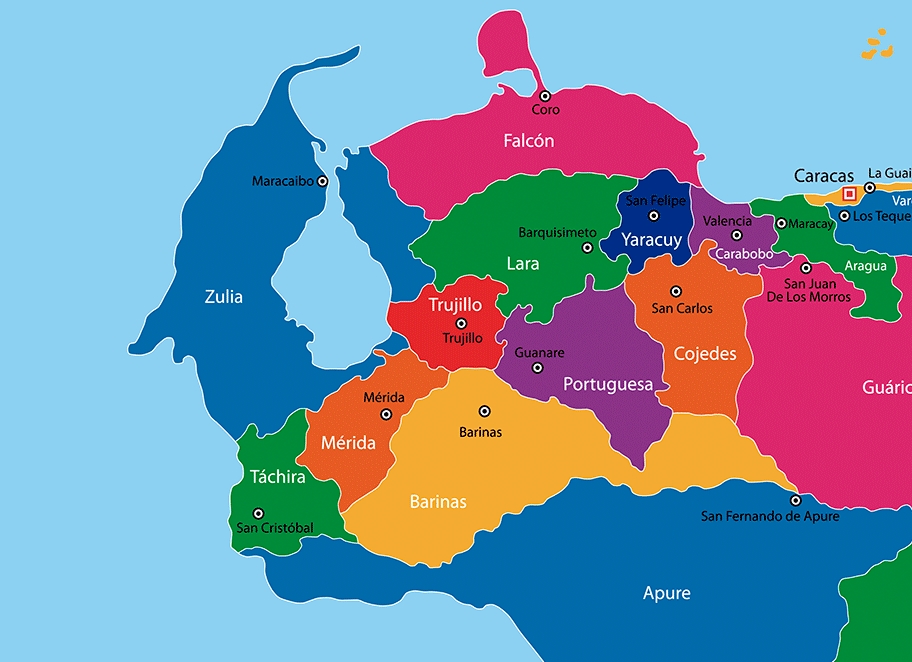 I sort of understand Tachira. It is the gateway to Colombia and the heavily subsidized Venezuelan gasoline makes it too tempting not to smuggle. Gas in Colombia will cost you around $2.75/gallon while the Venezuela government sets the price at just under $0.04/gallon.

How about Lara and Trujillo? They are not close to the border so there is no issue with smuggling outside the country. The problem is that it seems they were being used to “smuggle” inside the country. If you are blinking your eyes hard, allow me to explain what I mean: Venezuelan energy sources, namely fuels and electricity, are being diverted for Caracas and its immediate surroundings know as Zona Capital. Zona Capital encompasses the Distrito Capital (Like D.C.) and the most crowded areas of two other states adjacent to the city. Not only Caracas and the Zona Capital concentrates all government powers but also it is the biggest voting block in the country. That means keeping the population happy by not having power outages and no lines to buy heavily subsidized gasoline which results in the rest of the country enduring up to 14 mandatory electrical blackouts and gas rationing.

Unfortunately that means the Venezuelans living in other states have to suffer restrictions and if there were to be enterprising souls who own vehicles with expanded gas tanks to buy in one state where gas is plenty and take it to other places, they would make some capitalistic cash from people that are dry or do not have 12 hours to wait in line for gas. Now that has been shut down and strict quota are imposed making sure you can’t buy more than what the government says you can a day.

The Assemblyman from Trujillo comes and complains to the President about his people suddenly living in the 19th Century and Maduro can tell him to go pound sand because the state does not enter in the electoral equation, their vote means less than the paper the ballot was printed on.  In fact, the Assemblyman means also squat because it does not matter if he got elected,  his state means nothing, so does he and he better follow what Maduro tells him to do or he gets sent to prison by order of the Supreme Court, the same court he voted for letting the President stack with his people.

Now, this is not new in Venezuela, but it has never been abused to the point we are seeing today. When the Electoral College was explained to me, my face must have been a sight to see and I still remember what I said : “This shit is genius! How come it is not used everywhere in the world?” The answer came back fast on something I already knew: People in power do not like to relinquish such power.

Venezuela is the perfect example of not only the true consequences of Socialism but the Tyranny of Democracy: Venezuelans voted for their ongoing transformation into the Somalia of the Caribbean.