We owe Joseph McCarthy an apology

That man was a great prognosticator.

Senator Tim Scott (R-SC) to Biden's Comptroller of the Currency nominee: "I don't have any questions for you because there's nothing you can say today to undo what you've said for years, including this year." pic.twitter.com/ygIKJWkRZj

"I don't mean any disrespect, but I don't know whether to call you professor or comrade." 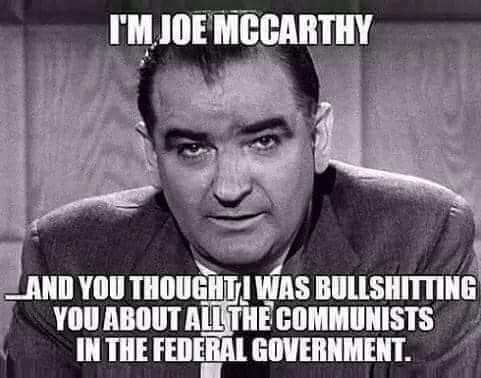 7 thoughts on “We owe Joseph McCarthy an apology”