When partisanship makes the Right stupid

NEW: Facebook took down several Elizabeth Warren ads calling for the breakup of Facebook and other tech giants https://t.co/qMQpVu0yt3

Look, I get it, I hate her too, but can we not let partisanship make us stupid?

Google and Facebook combined amount to 70% of web traffic.

Almost 80% of web referrals are between these two sites.

This chart from Business Insider shows just how much Google and Faceboook control of different parts of the web. 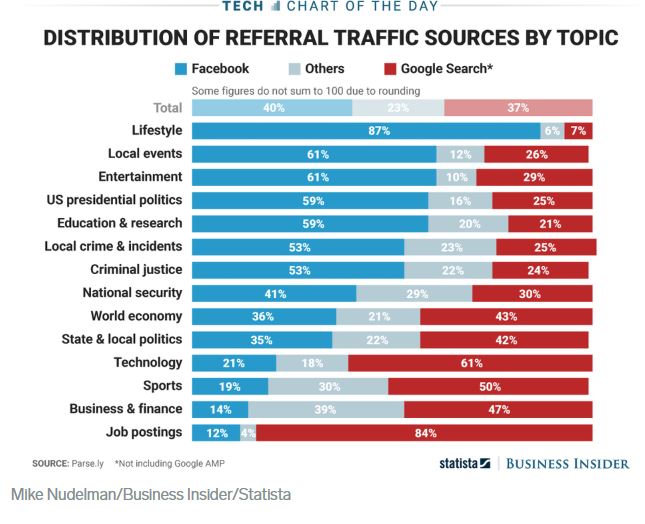 If you run a small business and do not pay for Google and Facebook ads you are really screwing yourself.

I started an LLC to do some light consulting work.  I got solicitations from Google for buying ads.

The way some of these tech companies use web traffic is in every way a monopoly.

Breaking up monopolies is good for the economy.  The cellphone market would not exist today if the goverment had not broken up American Bell and AT&T.

The Sherman Anti Trust act is a strong weapon for a free market.

I don’t know exactly what Elizabeth Warren wants to do, and I don’t trust her to do it right, but…

Let’s not get so wrapped up in our hate of Elizabeth Warren that we defend anti-competitive and monopoly business practices.

2 thoughts on “When partisanship makes the Right stupid”