When the District Attorney wants to be a di***.

Why are all Self Defense laws so important? When the prosecutor is an asshole.

The 13 bullets that riddled the pickup of a Yoakum man initially charged with murder were powerful evidence of self-defense for grand jurors, a district attorney said.
“That kinda clinched it,” said District Attorney Rob Lassmann, who serves DeWitt, Goliad and Refugio counties.
After reviewing the case’s evidence, grand jurors chose to clear Hallettsville resident Dakota Wayne Kirkman, 19, of all criminal charges during a specially convened session Oct. 11, Lassmann said.

Kirkman was held at the DeWitt County Jail on a murder charge after an August shootout in which he shot and killed Manuel Martinez III, 36, at his home on Bootlegger Lane near Yoakum. Kirkman was imprisoned for 55 days in lieu of a $500,000 bond.
Lassmann said his office prepared indictments for both manslaughter, a second-degree felony, and murder, a first-degree felony. Grand jurors were free to pick an appropriate charge – or clear the man completely.

Mr. Kirkman gets a barrage of fire directed at him and he responded. According with the article, this is the evidence:

Investigators documented 11 bullet holes made by a .223-caliber rifle and two from a .40-caliber pistol. An AR-15 and .40-caliber pistol were found near Martinez’s body along with 15 rifle and 12 pistol casings. One of the bullets passed through the truck’s frame near the driver’s seat belt fastener, said Lassmann, who added if Kirkman had not been crouching in his seat, he likely would have been shot.

So what kind of return fire did Mr. Kirkman use?

The number of bullets fired by Martinez stood in stark contrast to the single, fatal shot from Kirkman’s antique, bolt-action .22-caliber rifle. Additionally, evidence showed Kirkman went to the home on Bootlegger Lane with only a single round chambered in his rifle and no other ammo in his vehicle.

I tried to find everywhere mention of where was the gunshot wound that stopped Martinez but could not find it. Maybe an ocular shot lodging in the brain? Wherever it landed, it was a great shot placement and subject for discussion another day. What we can discuss is who in the heck thought it was a good idea to charge this man with murder. From what I read in other local papers, four different police agencies responded to the call but although the article says it was one of them who presented charges, I could not find which one.

It is bad enough that a LEO department decides to play the “Charge everybody, let the DA sort it out” game, but that the Prosecutor not only did not give a damn about the evidence, but it was preparing itself to go full Zimmerman on the guy? If 14 shots against you are not enough to respond with deadly force, how many does the Prosecutor feel must be the standard? 15? 25? 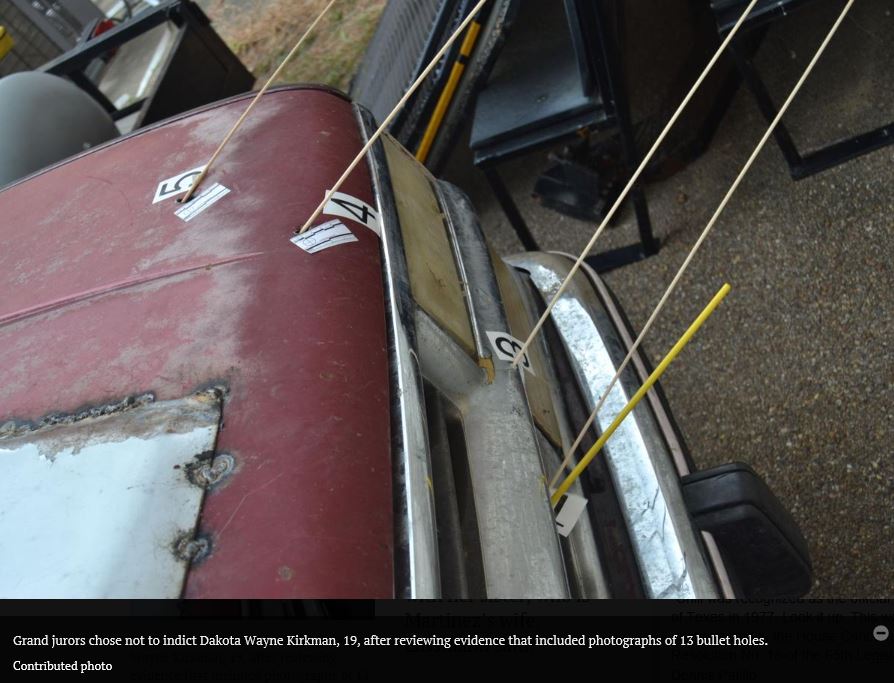 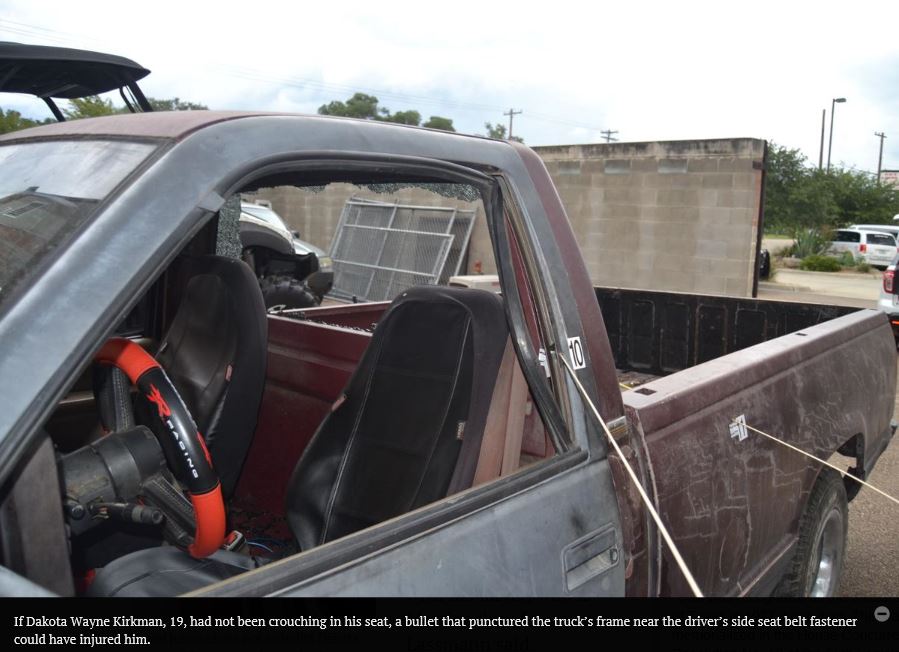 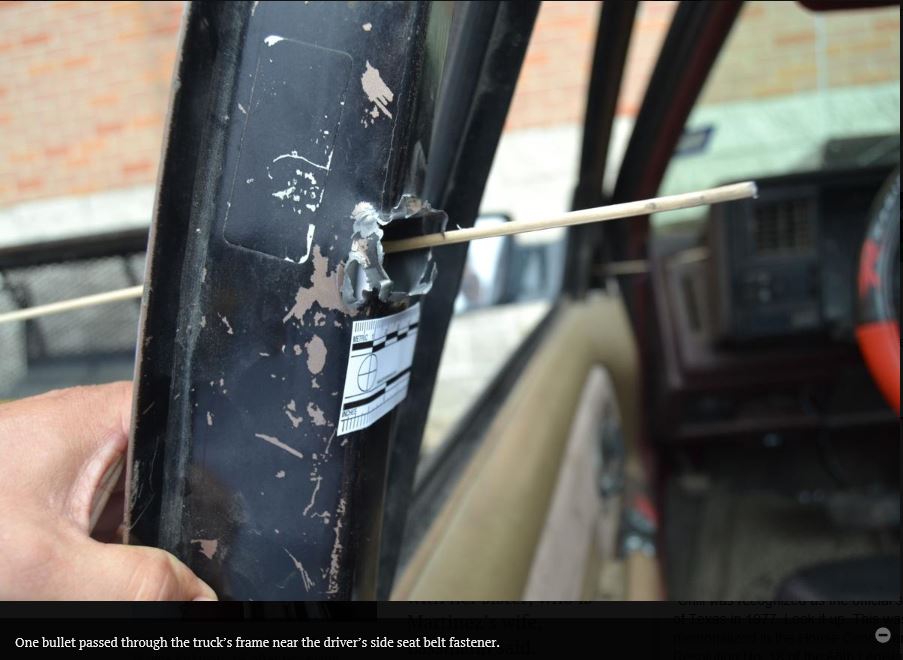 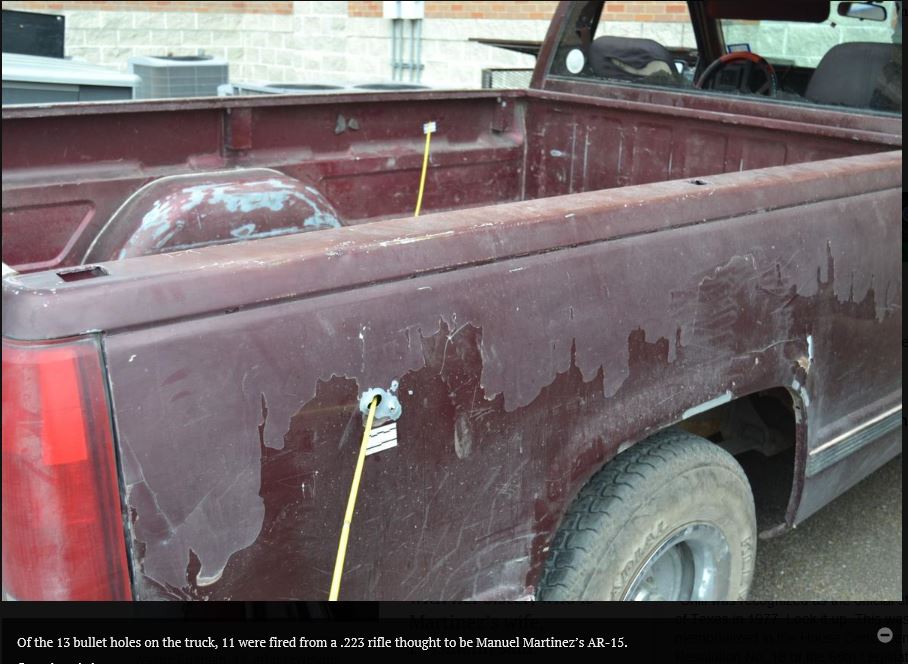 After seeing this, I have to conclude that they wanted this kid behind bars for reasons other that the shooting. I bet there is a much deeper story we have not been told and might include the possibly past encounters with the local law or even a slight to some local elected official.

7 thoughts on “When the District Attorney wants to be a di***.”