I was reading The Liberty Zone‘s take on the New York Times and their complicity publishing of the State Department memos illegally obtained by WikiLeaks and decided to stroll over the opinion page on the Gray Whore On Line. I did not manage to reach the intended op-ed because the picture of a laptop wearing a balaclava caught my attention. Op-Ed Contributor Julie Zhuo’s “Where Anonymity Breeds Contempt” is an amazing piece. Of what I won’t say.

Ms. Zhuo tries to inject a shot of credibility by quoting the Classics: ” Morality, Plato argues, comes from full disclosure; without accountability for our actions we would all behave unjustly.” Damn, now that sounds civilized! Problem is that media types are not accountable in 99% of the times they behave “unjustly.” Other than a couple of young journos that stole from other authors or making a big media hash of of false documents (What has Dan Rather been doing lately), Journalists pretty much get away with murder…literally. If you don’t believe me, do a bit of research about Michael Isikoff and his false report on Guantanamo Guards flushing the Koran down the toilet and the people that died in Pakistan because of the riots in protest against such violation of their religion. Last I heard Mr. Isikoff is doing quite well and free as a bird although he got a new laptop on account on the spilled blood all over the keyboard of the old one.

Ms. Zhuo goes on to rant about cyber bullies and other potatoes, but the simple solutions escape her. Pay attention now Julie: Solution One is to delete the offending posts. Solution Two is to ignore them. Solution Three is to make fun of the Trolls. Bloggers have been doing this for a while now and works fine and without government intervention. If you are too busy sucking on the latest Tofu Latte Mochaccino with Organic Sprinkles, you may request from your editor to hire somebody to delete the posts that offend you. Oh crap, I forgot you guys are losing subscriptions and having to fire people. Sorry!

On Monday, the Department of Homeland Security announced that it will start the new Extra Enhanced Pat Downs that will include body cavity searches and will augment the power on the Body Scanners so they will be able to search up to 2 inches deep inside our bodies.

The announcement came after that massive document dump by WikiLeaks’s Julian Assange. Over a quarter of a million confidential and secret communications were released yesterday forcing Homeland Security to reinforce security at all airports. In an interview in NPR, TSA’s Chief John Pistole said that TSA Agents are being trained on the new procedures. “We are living in a new world of increased risks and the Extra Enhanced Pat Downs are a small sacrifice we all must make in order to be safe.”  When asked by a New York Times journalist if he thought that it made sense to increase security measures because of the WikiLeak affair, Mr. Pistole replied: “We are applying the same protocols we always had since the inception of TSA. Sense, common or otherwise have no relevance in what we do.” 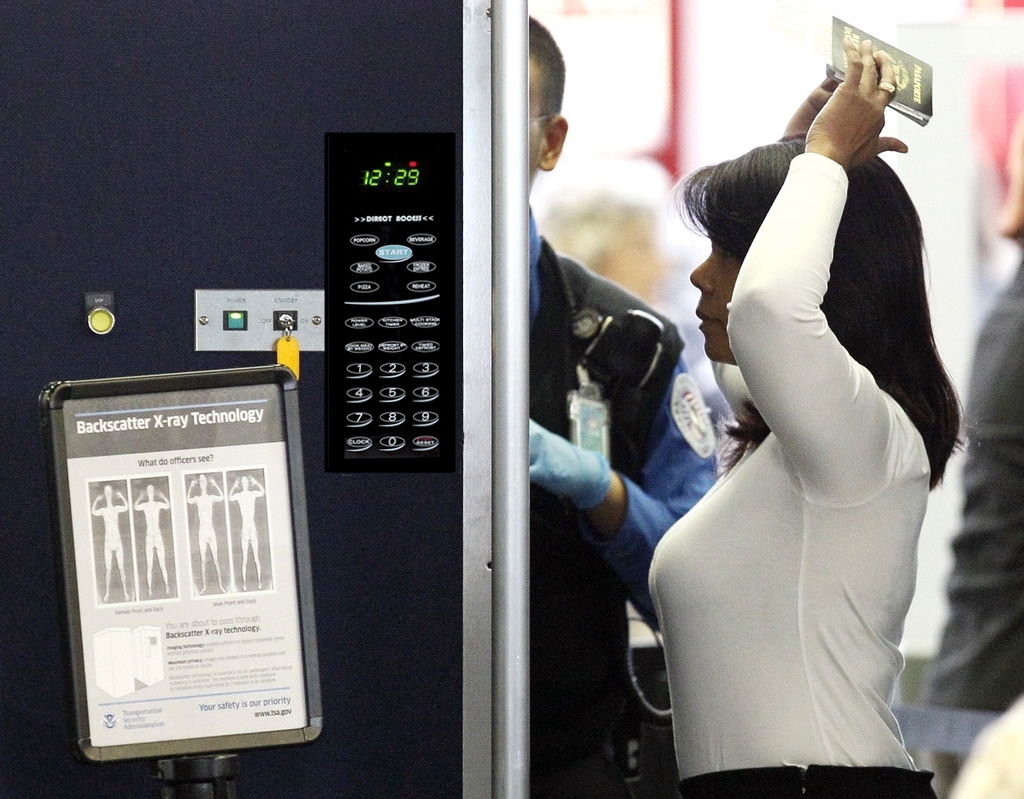 “On the other hand,” Marsico wrote, “our colleagues in states like Florida and Ohio, where similar legislation has passed, have already reported that criminals are successfully exploiting their new law, making bogus self-defense claims that allow them to escape punishment while leaving victims without recourse.”
It came as a shock to me that scores of felons were abusing the Castle Doctrine in Florida. Nothing appeared in the news other than William Cervone, president of Florida’s Prosecuting Attorneys Association who is a bit pissed about the law telling him what to do instead of following what the legislature has written into the Florida Statutes. It doesn’t matter that felons that have applied for the Castle Doctrine as defense have failed miserably just as the first publicized case after the passing of the extension in Florida. Nine year old Sherdavia Senkins lost her life when dopers Leroy ”Yellow Man” LaRose and Damon ”Red Rock” Darling who decided to settle a discrepancy via guns. All the media announced the more than great chance that both critters would walk free because of the new law and that the murder of Sherdavia would go unpunished thanks to a legislature that bent over for the NRA and passed such evil law. Unfortunately for the naysayers, the conspiracy never congealed and both critters are serving time.
The opposition to any extension of the Castle Doctrine is nothing more that a protest by District Attorneys because they are forced to relinquish their power. That they can determine what is self-defense is a very powerful political tool that comes in handy election time. What a better way to garner media attention and this votes (double if you cater to a minority) than create and then get yourself involved in prosecuting a high profile murder case?
Remember, it is always about People Control.

Bruce Kauffmann over the AppealDemocrat.com is commemorating/celebrating/lamenting another anniversary of the Brady Bill. You can almost hear the tears hitting his keyboard as he reminisces the good old times where people of strength stood up to the NRA and passed such important piece of legislation….sure Bruce.

But what I like the best in his article is the following statistic:

and since the Brady Bill’s passage approximately 2 million attempted firearms purchases, approximately half by convicted felons, have been denied.

Seriously? 2 million purchases denied? One million attempted by felons? Really Bruce, Do you actuaqlly said that with a clear conscience or a half functioning brain? Let’s say for the sake of the argument that your numbers are right. Does it bother you at all that one million non-felons were denied of their constitutional rights by a mistake? And it is well known that mistakes were and are still being bade with the background checks; I was once denied by mistake, allegedly I was a felon wanted for murder. My wife had a good laugh about that.

Two million people violating the Gun Control act during 17 comes around 117,647 Federal Weapons cases cases a year. Don’t you think by now we would have heard that the Federal Courts were flooded and unable to deal with the caseload? I haven’t and neither have you or otherwise you would have mentioned it in your article. The sad truth is that the Brady Bill was a feel good measure and nothing more. When President Clinton flaunted the numbers of the first year of the Brady Bill (some 100,000+ if I recall correctly) word leaked that only 10 cases made it to court and only one conviction was achieved. That is an appalling  0.001% of all the potential cases according to the numbers waved at the public by the Clinton administration.

The Brady Bill like this article by Mr. Kauffmann, was nothing more than an embarrassing collection of misinformation and lies.

I don’t want your guns, just your cash.

Proving once again that hypocrites care about their pockets, opponents of Tennessee’s  Guns-In-Bars law had no problem whatsoever welcoming the NRA convention slated for 2015 in Nashville.

Has the NRA convention changed Spyridon’s and Rayburn’s minds? Both men say no. But they welcome NRA wallets.

I would call them shameless whores, but I’d be sued by Ladies of The Night everywhere.

And how about this for a clincher?

As for whether they are concerned that NRA members will go honky-tonkin’ while packing, Spyridon tossed them a back-handed compliment:”I think the city will be pretty safe that week,” he said. 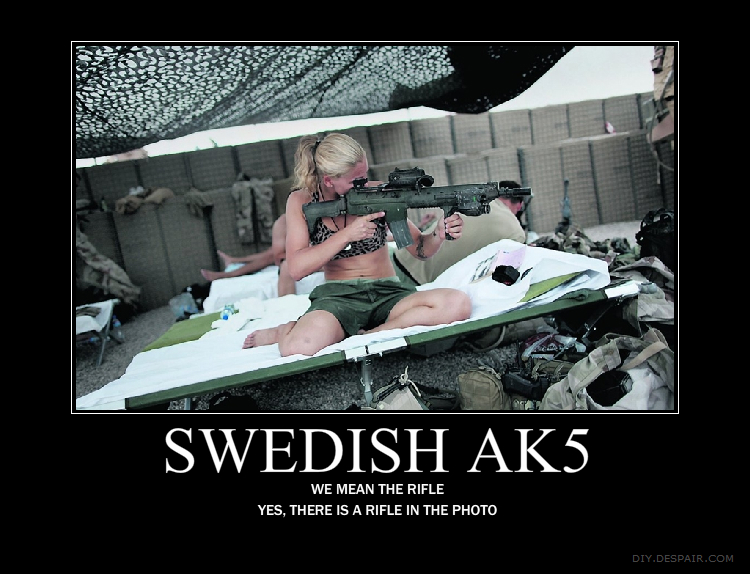 A not-so-novel approach against poachers.

Kenya Wildlife Agents Kill 2 Elephant Poachers. I seem to recall they used to do that in now socialistic-defunct Rhodesia with great success.

“We want to make poaching a high-risk and low-benefit business,” Udoto said. “Anybody who engages in poaching or trafficking of (wildlife) trophies will have a very difficult life and including losing their lives.”