Based on Clockworkgremlin’s comment on Miguel’s most recent post I have decided some trolling is in order.

Next time some white guy goes on a mass shooting, I want to arrange an online protest condemning the shooter’s appropriation of Islamic culture.

See if I can make SJW heads explode. 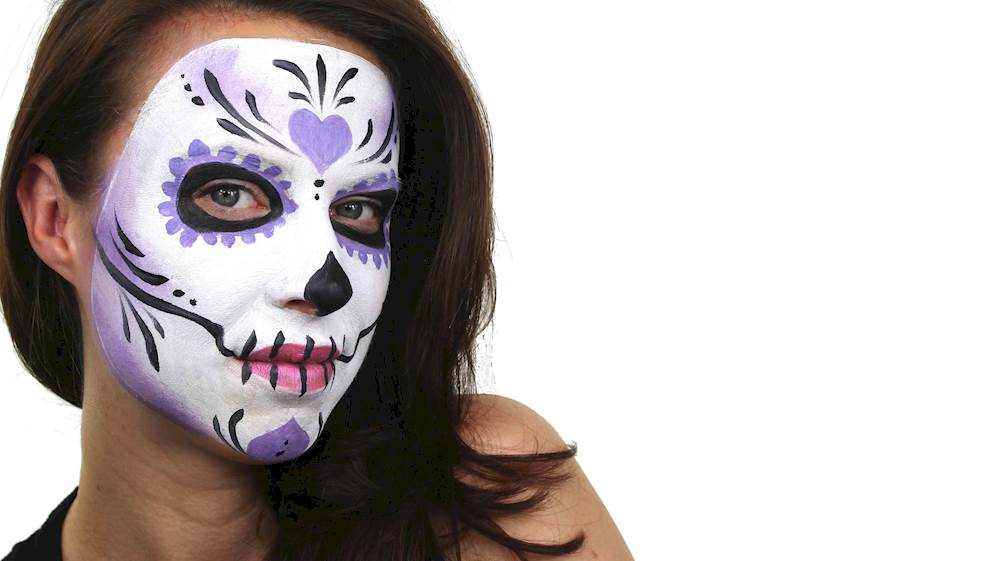 But more than anything else, I feel so angry at everyone, particularly other non-Latin whites, who appropriate and take for their own my people’s culture by parading around drunk on King Street with poorly painted fake sugar skulls. Can you all not see that you are desecrating the memory of my grandparents? Of my family and the loved ones we have lost to war, economic enslavement, oppression, and colonialism?

This really pissed me off. Why is this little idiot assuming those things are all over Latin America? I am posting my comment in his page here.

Well, since Halloween is October 31st and Dia de Los Muertos in November 1st, you may have an issues trying to falsely conjoin both in order to be properly offended.

That being said, I am offended by your assumption that all Latinos should be mad because of this. I have news for you: Not all Latin countries, in fact probably 80% of then do not have any cultural relation to Sugar Skulls (Calaveras) at all. It is a Mexican thing that the rest of your Spanish-Speaking brethren see as some weird Mexica stuff right along with Sombreros and Sarapes. In fact, you show up at a cemetery in South America wearing that make up, people will consider it an insult to their dearly departed and probably beat you on principle.

So, again for the Whites/Blacks and brutally misinformed Latino : Halloween is one day, Day of the Dead is another. Every country commemorates the Dia de los Muertos in different manner.

And please, stop trying to get the Oscar for “Best offended Millennial” of 2016. You call yourself Latino? Develop some cojones…. or at least try to reach puberty first.

And that is my piece. In Halloween, dress as you like and screw the sensitive jerkoffs.

So it turns out that Keith Lamont Scott did have a gun on him when he was shot by Charlotte police, and that gun was, in fact, stolen.

Still, the shooting of Keith Lamont Scott is still all my fault and your fault.  I know it was my fault because Black Lives Matter says that my existence as a white person contributes to a system of oppression that murdered Scott because he was black.

It turns out that I (and you) are also to blame because we gun owners let too many of our guns get stolen, and we don’t report them as stolen when we find out they are missing.

This I don’t get.  It seems like according to Bloomberg, if I had a short stack of hundreds go missing, I’d be pissed.  If one of my Sigs grows legs and wanders off, I won’t care.  Really?

I know where all of my guns are.  With the exception of my bedroom gun and CCW piece, the rest are stored inside of a big steel box with a S&G lock on it.  Next step is to install an alarm and put a motion detector in the garage to watch over the safes while I’m not there.  If one of my guns goes missing, I’ll know it, and yes, I’ll tell the cops about it.  I’m not going to expose myself to the liability of having a crime pinned on me.

I have been known to leave a gun in my car.  I’ve had to.  Some places don’t allow CCW and I’m not leaving my gun at home.  But this is too much of a temptation to criminals, who will break into cars and lock boxes for guns  so it’s still my fault when they steal them.  It is so much of my fault to temp criminals that if my gun is stolen, I should be prosecuted for endangerment.

Criminals just can’t help themselves.  If they know a gun is nearby, they just have to take it.  Then when they get killed by a cop for having a (stolen) gun on them, their blood is on my hands.

I’m sorry I didn’t know it was wrong to leave a gun in my trunk and get that poor criminal killed.  My bad.  Next time I’ll leave my gun at home or better yet not own one.

To the family of Keith Lamont Scott, I’m sorry your relative or one of his associates couldn’t help himself around some gun owner’s Colt Goverment 380 and had to pinch it, and that my white skin and the gun that I occasionally leave in my car got Keith killed.  I guess I learned my lesson for next time.

Because we are men.

New York, NY, September 27, 2016 … The Anti-Defamation League (ADL) today identified “Pepe the Frog,” a cartoon character used by haters on social media to suggest racist, anti-Semitic or other bigoted notions, as a hate symbol.  It has been added it to ADL’s online “Hate on Display” database.Also referred to as the “sad frog meme,” Pepe the Frog did not originally have anti-Semitic connotations. But as the meme proliferated in online venues such as 4chan, 8chan and Reddit, a subset of memes came into existence promoting anti-Jewish, bigoted and offensive ideas. And those have spread virally on Twitter, Facebook and elsewhere. 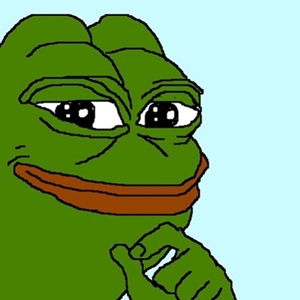 Unfortunately the ADL is beclowning itself by making an issues of Pepe. As any meme in the interwebs, anybody can add text and have it say what they want without repercussions… you know, First Amendment issues and stuff? And just because a group of Neo-Nazi assholes went to a meme-generator site and added some racist text to it, does not mean we should classify a cartoon as the new incarnation of Leni Riefenstahl’s work.

And he was not a citizen, just a resident. 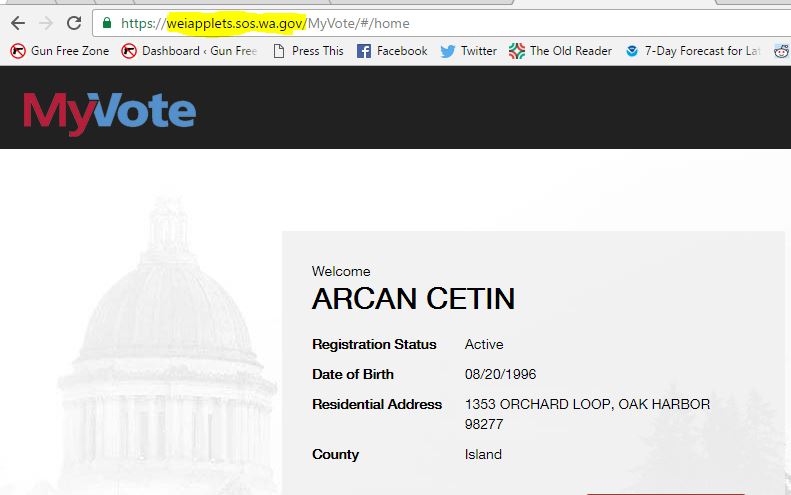 Still trying to check, but according to some sources, he has voted three times already. No party affiliation found.

Can we finally admit we have a voter registration system that is less reliable than any Banana Country’s?  I’ll call it an improvement if we can reduce it to dead citizens voting, like in Chicago.

This is what I saw first in Facebook and went “Bulls**t!”: 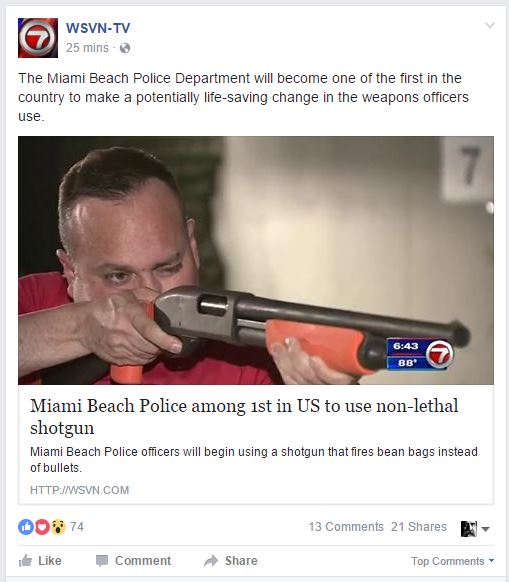 The darn orange shotguns have been available for police departments for years now. So I clicked on the link and it was worse.

Miami Beach Police are one of several law enforcement agencies in South Florida making the change to the non-lethal shotguns. “Sometime in November, this weapon will be made available on the street, and at the same time, we are going to take out lethal shotguns off the street,” said Oates. “We’re going to retire that weapon.”

they are substituting the real shotguns for less-lethal ones? Who was the effing genius that came up with that train of thought?
Less-Lethal does have a place in the police usage dealing with EDPs, but they kinda fall short against bad guys who are throwing real lead on their direction.

Let us not forget Border Patrol agent Brian Terry who was ordered to intercept illegals crossing the border with that type of weaponry/munitions and lost his life because the bad guys were using rifles.
This is gonna get people killed, both cops and bystanders. Or the cops will suddenly have car troubles when a dangerous call comes in.