I was re-watching Highlander earlier this week, so you get socked with the saddest song ever.

Explain to me why are we still playing nice?

So via Hot Air we find our that an Op-Ed by Kate Cronin-Furman in the New York Times and Taco Stand does a wink-wink about doxxing Customs and Border Protection agents. Why is this lady’s info not out on Social Media already?

“But we don’t play that way Miguel! That is not nice!

Bullshit. Do you remember when Journalists started to demand States to release the names and addresses of those with Concealed Weapons permits? It was a polite “Please do not do that” that stopped them but the publishing of name and addresses of not only the journalists but also where they worked and their bosses  from public sources and the newspapers themselves. They stopped fucking around with that stuff real soon and even one newspaper hired armed security for its owners’ home (not the workers, interesting.)

So, your mission if you decide to accept it is to find info about this woman and if you don’t want to post it, I won’t mind publishing it in a way that should sense a nice loud message to her and morons like her.

Somebody in Government has a sense of humor.

From one of the Library of Congress’ websites: 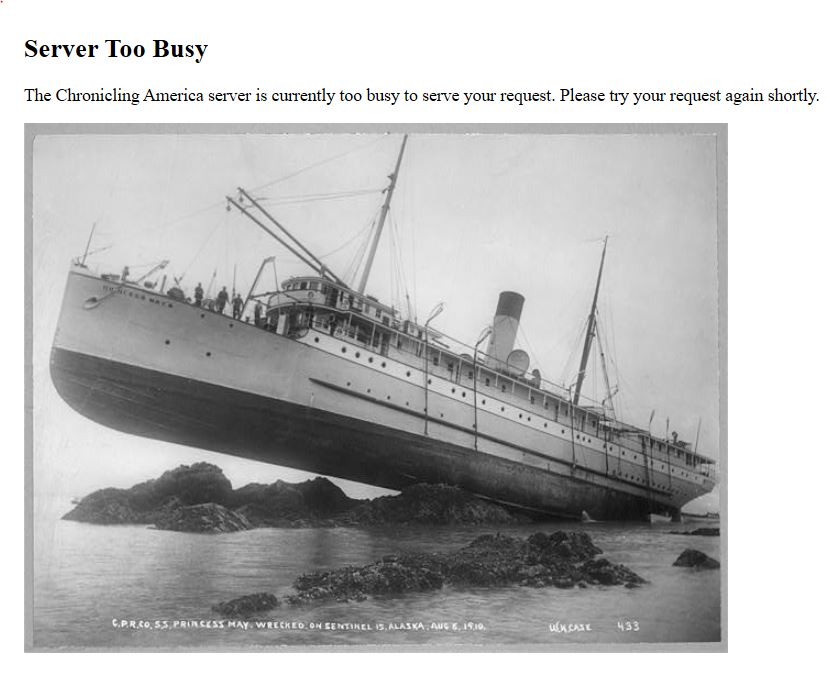 Yup, it feels that way.  It never fails to make me smile.

Florida: State legislative candidate suffers from a grave case of lying her ass off.

I am just going to steal the whole post from one of my daily reads,  Of Arms & The Law:

In Florida, US Rep. Darren Soto is stumping for gun control, speaking alongside a state legislative candidate, Elizabeth McCarthy, who describes herself as a doctor who on the night of the Pulse nightclub mass shooting “‘removed 77 bullets from 32 people,” McCarthy said as she showed to the public bullets extracted from bodies.

It turns out she isn’t a doctor, and her RN certification expired ten years ago. Oh, and her claimed education doesn’t check out either, nor does her claimed sports career.

The part about her showing the bullets extracted from the bodies of the victims of Pulse, wouldn’t those be something called EVIDENCE?  Tampering is a third degree felony in Florida that comes with excellent prizes like a 5 year stint wearing orange nd a forced donation of $5,000 to the Florida coffers.

Then again she could also be lying about the bullets, right?

Will the Fast and Furious Program finally be properly investigated?

The deadly-but-forgotten government gun-running scandal known as “Fast and Furious” has lain dormant for years, thanks to White House stonewalling and media compliance. But newly uncovered emails have reopened the case, exposing the anatomy of a coverup by an administration that promised to be the most transparent in history.

A federal judge has forced the release of more than 20,000 pages of emails and memos previously locked up under President Obama’s phony executive-privilege claim. A preliminary review shows top Obama officials deliberately obstructing congressional probes into the border gun-running operation.

Fast and Furious was a Justice Department program that allowed assault weapons — including .50-caliber rifles powerful enough to take down a helicopter — to be sold to Mexican drug cartels allegedly as a way to track them. But internal documents later revealed the real goal was to gin up a crisis requiring a crackdown on guns in America. Fast and Furious was merely a pretext for imposing stricter gun laws.

Only the scheme backfired when Justice agents lost track of the nearly 2,000 guns sold through the program and they started turning up at murder scenes on both sides of the border — including one that claimed the life of US Border Patrol Agent Brian Terry.

The scandal in Washington no one is talking about 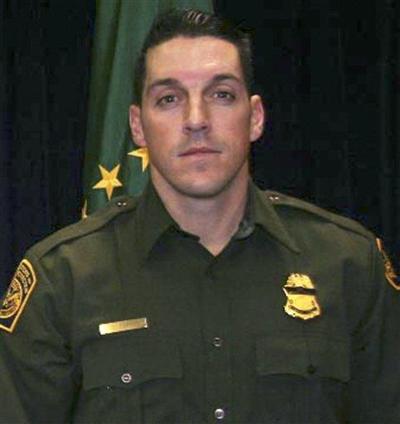 Imagine you wake u one morning, check the news and find out the NRA gave over 2,000 to the drug cartels and those weapons had appeared in almost two dozen murder crime scenes including one where the life of an American Law Enforcement official was taken. By the end of the week, the NRA building would have been burned to the ground and the shipment of its members to re-education camps would have begun.

It has been eight and a half years since Brian Terry died and even though the alleged killer is finally going to trial, not one single individual from ATF and the DOJ who ran the Fast and  Furious program and lied to cover it up has been fired, tried and sent to prison. Mind you, DOJ knew within 6 hours that the gun used against Border Patrol Agent Terry came from their program, and immediately began to cover it up.

But with Democrats in charge of the House of Representatives, I expect more of the same cover up and sabotage so his Holiness Obama The First and his apostle Cardinal Eric Holder remain above and clear of any guilt.

Once again the futility of Gun Control and “Buy Back” Programs

Daytona Beach PD tweeted about the Buy Back program and the guns they removed from the streets. 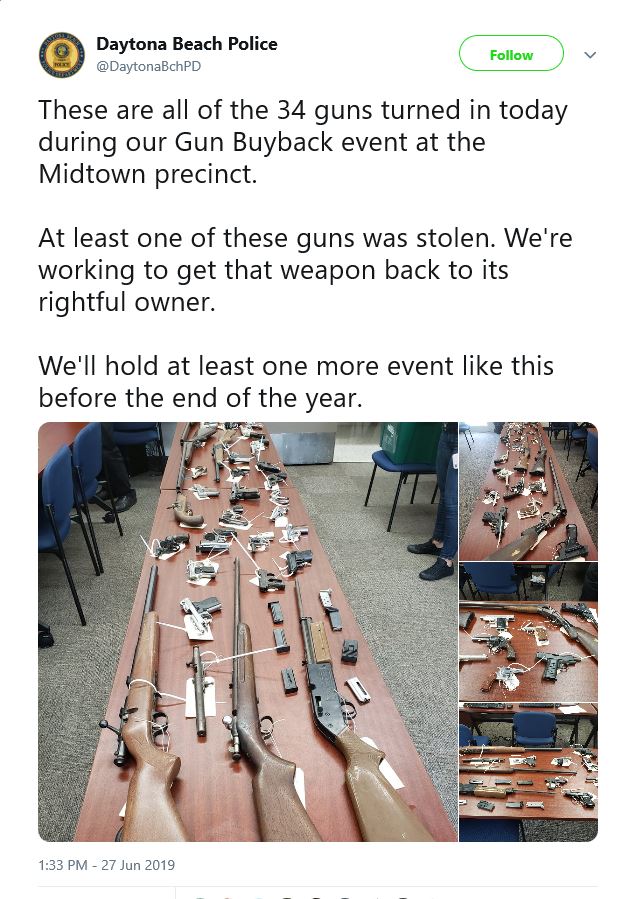 I “love” these great “Get rid of junk and stolen guns” programs. Taxpayer funded waste of money to get rid of evidence does not suit me.  But this photo on the array made me laugh. 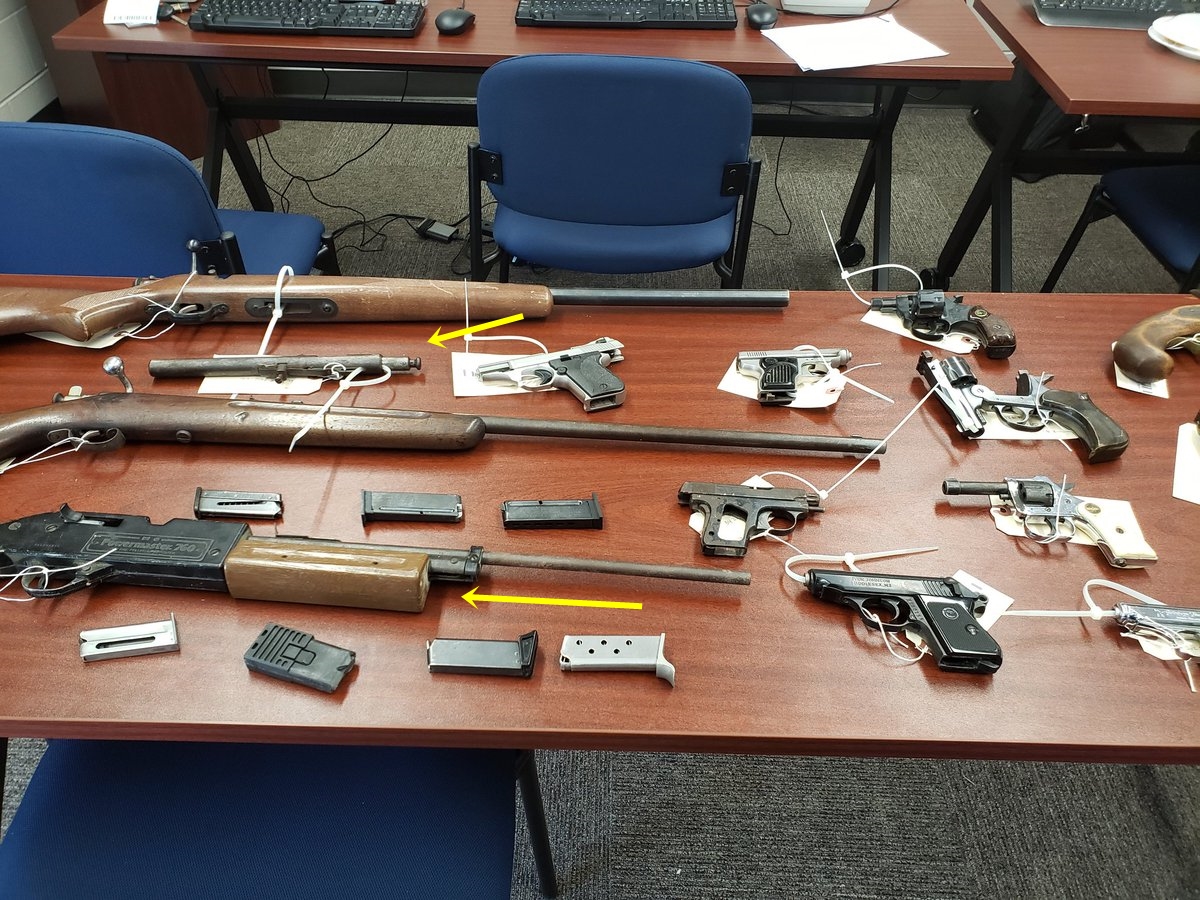 On top indicated by the first arrow is a zip gun and the second arrow points to the dangerous assault rifle known s the Crossman Powermaster 760 BB Gun.

And we have one more: a flintlock or percussion pistol, hopefully just a reproduction. 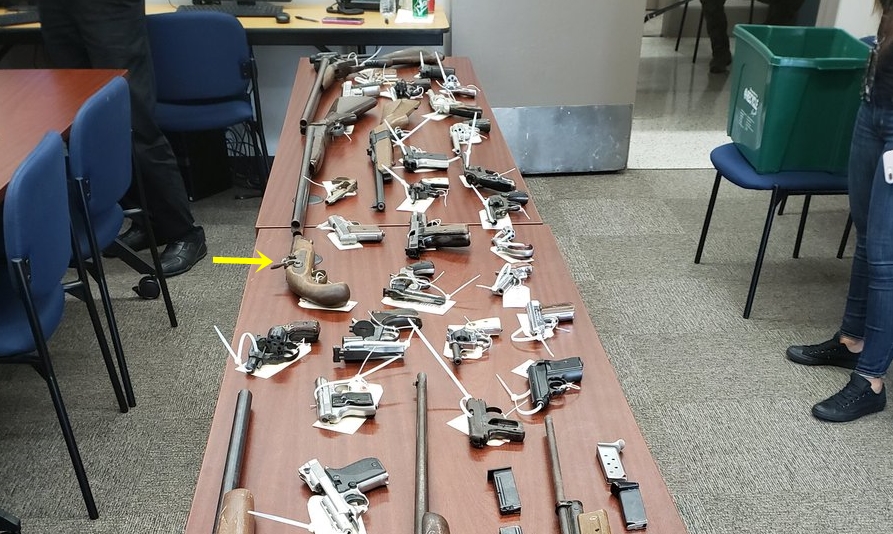 And I am pretty sure these two are also toy guns. 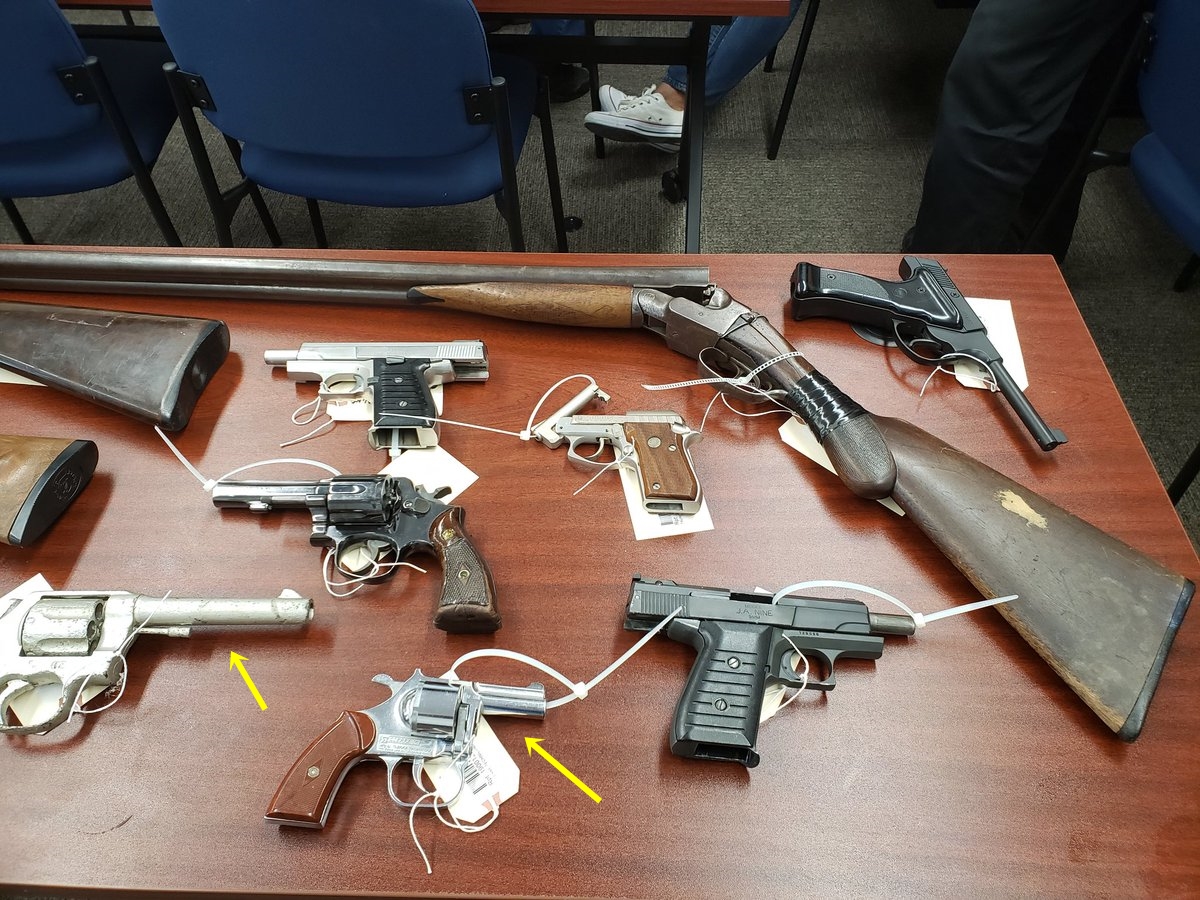 OK, you want to wast money of crappy guns and possible evidence? Fine, do so. But don’t include this crap just to make an interesting tableau for the media while waving the “WE ARE DOING SOMETHING!” FLAG.

Go woke, have a mental breakdown

The Hyde Amendment restricts federal funding from supporting abortions except in instances of rape, incest or to save the life of the mother. Congress passed the first iteration of the Hyde Amendment in 1976, just a few years after Roe v. Wade, attaching it to Medicaid appropriations. The amendment effectively barred federal Medicaid funds from being used for abortion except for instances in which the woman’s life would be endangered by carrying out the pregnancy.

The amendment must be passed, attached to Health and Human Services appropriations, each year. The Supreme Court upheld the constitutionality of the amendment in 1980.

Now that the Democrats have gone woke, they all believe it is time to do away with the Hyde Amendment as part of their push for Medicare for All.

So when every single Democratic candidate adopts the same position, how does one stand out from the crowd?

By going even more extreme.

What is more extreme than federally funded abortion on demand for all women?

Federally funded abortion on demand for biological males that identify as women.

Now before you laugh at the idea of a Democrat politician from “the party of science” advocating for a policy that is anatomically and physiologically impossible, consider this.

What this is opening the door for is the potential for fraud and spurious lawsuits.

Remember, in Canada, a trans man has sued a number of waxing salons for not waxing is anatomically male genitals because the estheticians didn’t want to touch his “female” junk.

So what happens when a man identifying as a woman* decides to sue a doctor for refusing to give him IVF as discrimination?  Is it not a violation of “reproductive justice.”

*I am not suggesting that all trans-people are fraudsters, but that some fraudsters will use trans politics to engage in fraud.

Also, what does it say about our politics when our policies codify the scientifically impossible because of the moral preening of a vocal ideological minority?*

*Just for the record, I am also against teaching young-earth creationism in science class.

In the end, this is just more evidence that maybe the scientists who think we are living in a really complex computer simulation are right.