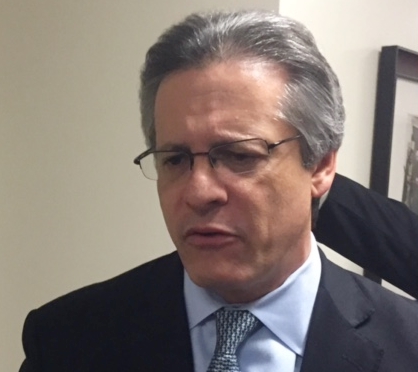 Diaz de la Portilla said he was concerned the proposed law would create a bad impression on tourists who would see Floridians walking around with handguns.

Source: House, Senate disagreement means open carry bill likely dead
Out of the 97 million tourists that visited Florida in 2014. 77 million came other states of the Union. Not counting Florida, only four states did not have Open Carry: New York, California, South Carolina and Texas. Now, the first two will get scared of anything anyway and will get back home telling tall tales about how they survived the Wild East in the Gunshine state…while working hard at not being stabbed or shot in their own neighborhoods. Texas was fighting and got its Open Carry much to the dismay of the Antis and as Texans, they couldn’t care two bits about people with guns. That same attitude applies to South Carolina. The rest of the States have Open Carry already so they would not give two dams and a change of undies about Open Carry in Florida.

So what’s left? International visitors. Top would be the Canadians but they are too damn polite to get in any trouble, plus we like Canadians (most of them) a lot so whomever would try to harm the, would be in deep mierda. Next come the Brits and I think by now they are more afraid of being hacked to pieces for frying bacon in their homes than seeing a Floridian exercising Open carry, in fact I bet they wish they could do the same back home.

That leaves Brazil, Argentina and Venezuela. Do you really think that people who have had guns pointed at them in a regular basis by either criminals or criminals with badges are going to be freaking out because they see a Floridian going to Publix with a holstered weapon? Does De La Portilla think South America is a Disney ride?