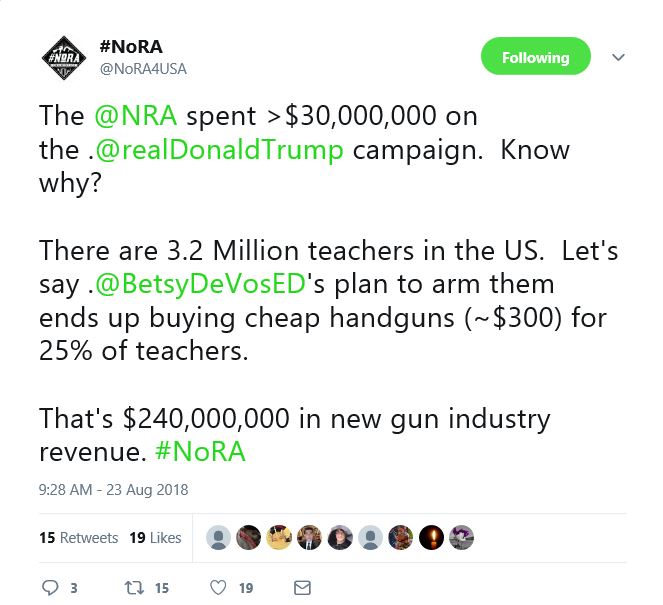 Is she is trying to infer that $240 million is pure profit? she obviously has somebody doing her accounting for her.  Guns under $300 retail can be found, but that does not mean it is the direct-from-factory price and they still have to discount the manufacturing costs. I have no idea of the numbers in the gun industry, but I would guess that final profit runs about or under 5% of retail and I would not be surprised if I am a tad high.

And where in loving Dickens did the idea that the Federal Government wants to force teacher to carry guns comes from? And paying for the guns? Somebody at NoRA has been toking the Chron way too much.

So, according to Alyssa Milano, the NRA spent 30 million dollars of its own money to try to sell guns to teachers for a grand total of 12 million dollars in profits that will go to somebody else’s coffers?

Libs Can’t Math. (I should put it in t-shirts and sell them)