Amanda Chase for next Governor of VA

Current Governor of Virginia, Ralph Northam, has proposed a gun bill that would propose to confiscate a substantial number of the guns in the state.

Delegate Kathy Tran and Senator Adam Ebbin will patron legislation to ban the sale, purchase, possession, and transport of assault firearms in the Commonwealth. The bill also modifies the definition of assault firearm to any firearm that is equipped with a magazine that holds more than 10 rounds of ammunition.

“I am honored to work with Governor Northam to advance commonsense gun safety measures. Assault weapons are intended for the battlefields of war and do not belong in our neighborhoods, schools, and places of worship,” said Delegate Kathy Tran. “It is time for us to pass an assault weapons ban and make Virginia safer for our families and communities.”

“Assault-style weapons have been the common denominator in too many mass shootings. Americans have learned no one is safe from the horrors these guns inflict, even when they are praying in a house of worship, learning in a classroom, or dancing at a concert,” said Senator Adam Ebbin. “Limiting the sale of firearms designed to inflict mass carnage is both a public health necessity and a moral imperative. I am proud to carry Governor Northam’s bill to block access to them in Virginia.”

That’s right, ladies and gentlemen, any gun that holds more than 10 rounds, including your tube fed 22LR, is banned from possession.

There are a whole bunch of other gun laws being pushed this legislative cycle, including the “one gun a month” law, that was imposed on Virginia by New York City.

So it was an amazing to see this headline about the Virginia Legislature. 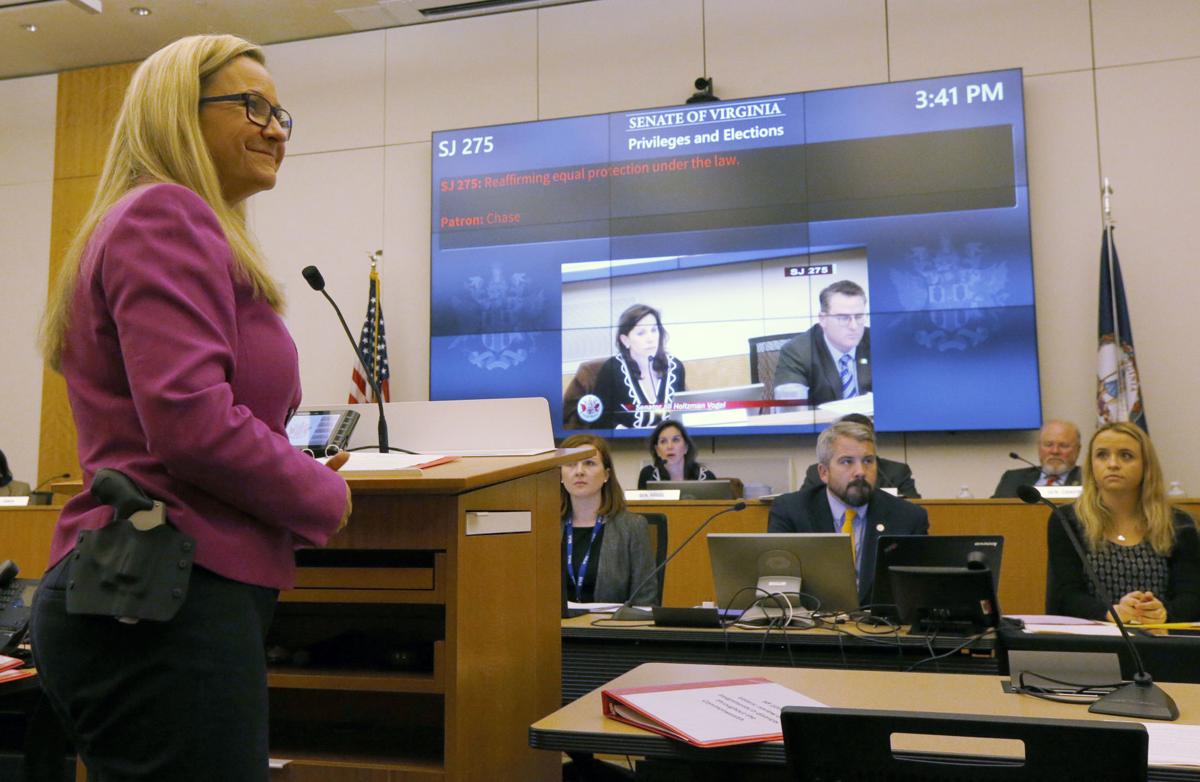 The first-term senator — a fan of government transparency and opponent of the Equal Rights Amendment — said she wore the gun following an incident Monday in which Capitol Police were called after immigration-rights supporters confronted Sen. Dick Black, R-Loudoun.

Chase said she always carries her gun in concealed fashion but decided Tuesday was a good day to carry openly when she presented her bills in the Senate Privileges and Elections Committee. Her legislation included an alternative to the Equal Rights Amendment resolution that reaffirms equal protection under the law.

“Sometimes it’s a deterrent for over-exuberant folks. Unfortunately in the General Assembly we see the good, we see the bad, we see all types of things,” she said. “It’s just for personal safety, quite honestly.”

While carrying a concealed handgun in Virginia requires a permit, carrying openly does not.

Black said Monday on the Senate floor that after he presented a bill against “sanctuary cities” he was “swarmed by a group of people taking pictures and being rather confrontational.”

This is a State Senator that takes no shit from no protester.

After the level of harassment and veiled threats of violence from insane Lefties during the Kavanaugh hearings and in the border wall debate, it’s good to see a politician standing up for herself.

God I hope State Senator Chase decides to run for Governor of Virginia.  The Old Dominion state could use someone pro-gun in the governors office for a little while.

3 thoughts on “Amanda Chase for next Governor of VA”