American Christmas scares the pants off the Brits

Sleighing the holidays! Gun-toting Americans proudly show off their beloved firearms at Christmas

Yes, yes they did. 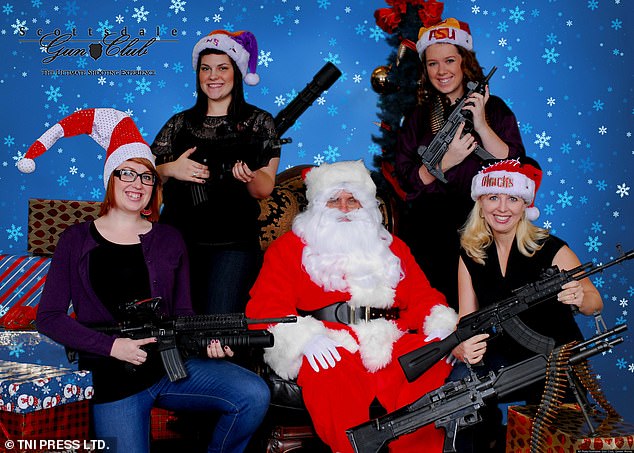 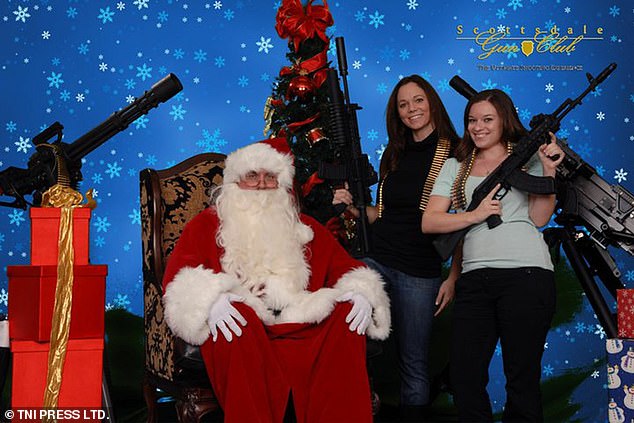 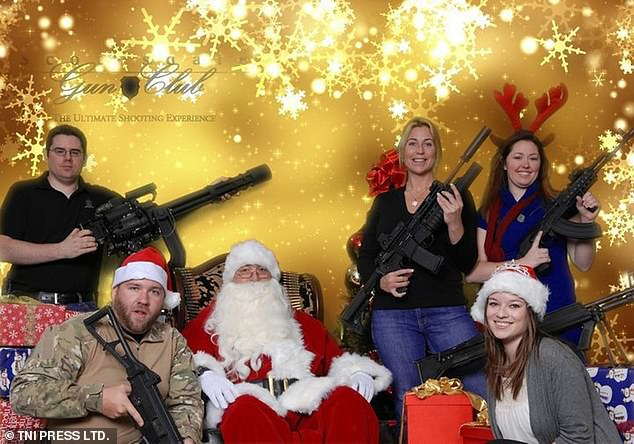 The caption associated with this last picture is priceless:

Some gun-toting Americans turned their passion for firepower into a family affair, taking their high-powered weapons along with their children to meet Santa Claus

The pictures were taken at the Scottsdale Gun Club.  That is the premier “guntry club” in the country.  That’s like taking pictures with  Santa and your golf clubs at St. Andrews.

Trust the Brits to not get that at all.

They Daily Mail had to lecture us in the most nanny state way possible in the article.

According to a new analysis of data from the Centers for Disease Control and Prevention’s WONDER database, close to 40,000 people died as a result of guns last year, making it the highest number of gun-related deaths since at least 1979.

Another new study published last week in the New England Journal of Medicine found that in 2016 alone, 15 per cent of all children between one and 19 who were killed by injury in the US died of a gunshot wound.

On a related note, researchers found that 11 of every 100,000 children and teens treated in emergency rooms across the country have gun-related injuries, which amount to about 8,300 kids each year.

Over the course of nine years, 75,000 children and teens were treated for gun injuries at emergency rooms at a cost of nearly $3billion.

Earlier this year, researchers examined FBI data on nearly 250 active shooter incidents in the US since 2000 and found that gunmen armed with semi-automatic rifles wounded and killed twice as many people as those using non-self-loading weapons.

The number of active shooters is wrong, but the rest may be true.

HOWEVER… I have a feeling that the family that has a membership at Scottsdale isn’t likely to fall into the above mentioned statistics.

Law abiding gun owners, who teach responsible firearms handling, and have a healthy family dynamic generally are not the demographic associated with the homicide rate in the country.

Really, the Brits can lecture and scoff all they want.

I may be a redneck in Alabama with my guns, but the likely hood of me having my face melted off with drain cleaner thrown at me by a guy on a moped, or being arrested and jailed for a mean Tweet is are next to zero.

I’ll take the risks of gun ownership over that.

4 thoughts on “American Christmas scares the pants off the Brits”