And when the feline accidentally escapes the sack. Gun Owners no better than criminals.

Using the language of freedom and individualism in this way “creates this duality between a generic deserving group – could be homeowners, students, law-abiding citizens – versus the ‘special rights’ that government is giving to a ‘less deserving’ group,” Filindra explained in an interview…

…Particularly with respect to the modern gun-rights movement that really took off in the ’80s and ’90s, the language “creates this distinction between ‘law-abiding citizens’ and ‘criminals,'”

Go read the article. It is another of those “studies” that tell us you are a racist scum-sucker because you have guns and they have the statistical methods to prove it! But it does not take long for the “researchers” to let us know that Freedom is bad, Individualism is dangerous. and if you talk about them or dare to live under those two principles. you a Racist, toting a burning cross in the middle of MLK Day.

And then they target the modern-day gun-rights movement. Shame on us for “playing” with the language and somehow make the distinction that we are different and even better than the poor misunderstood members of society such as rapists, strong-arm robbers and murderers. How dare we assume that air of superiority? See? That is racism right there!

There is no longer a fixed set of parameters defining what is good or who are the good people. When they change the definitions and demonize those who they consider a threat to their sociopolitical goals, they fail to see how dangerous a game they are playing. You all know the old gun rights line: When Guns are outlawed, I’ll be an Outlaw. It is more than just a cute catchphrase: It is a serious warning.

We will not give up. We will not be taken in boxcars to a trip to the showers.

You force us to become outlaws, be ready for us to behave like outlaws.

And to those Social Justice Warriors and assorted Gun Control Activists that relish at the idea of making us into subjects, I ask you to take whatever adequate protections you may require, open the Bible, read Hosea 8:7 and digest it.

Consider that a warning that many before you have ignore with terrible consequences.

“Can you not understand that the death of the individual is not death? The party is immortal.” 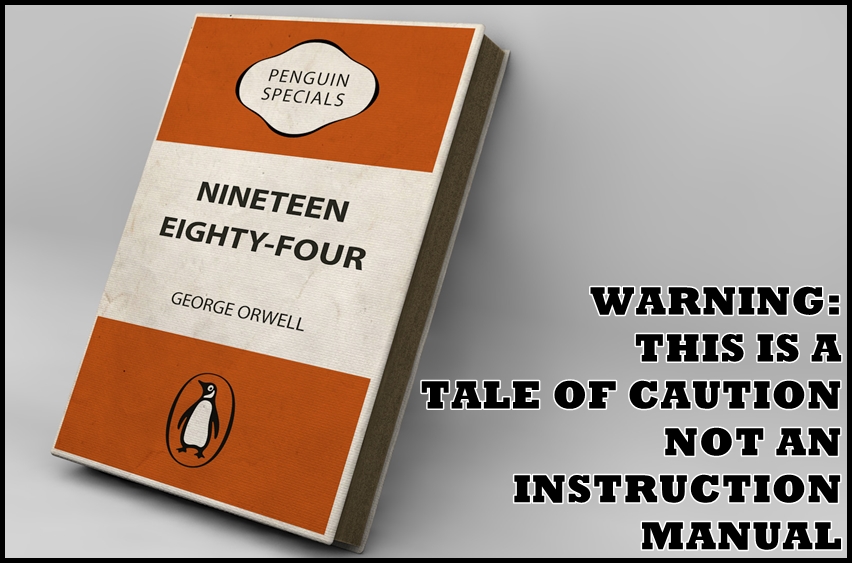 3 thoughts on “And when the feline accidentally escapes the sack. Gun Owners no better than criminals.”