And you have to laugh at the irony.

During the Kavanaugh hearings, Feminists showed up dressed like the female characters of Handmaid’s Tale as it is supposed to represent male and religious dominance over women or some happy horseshit. 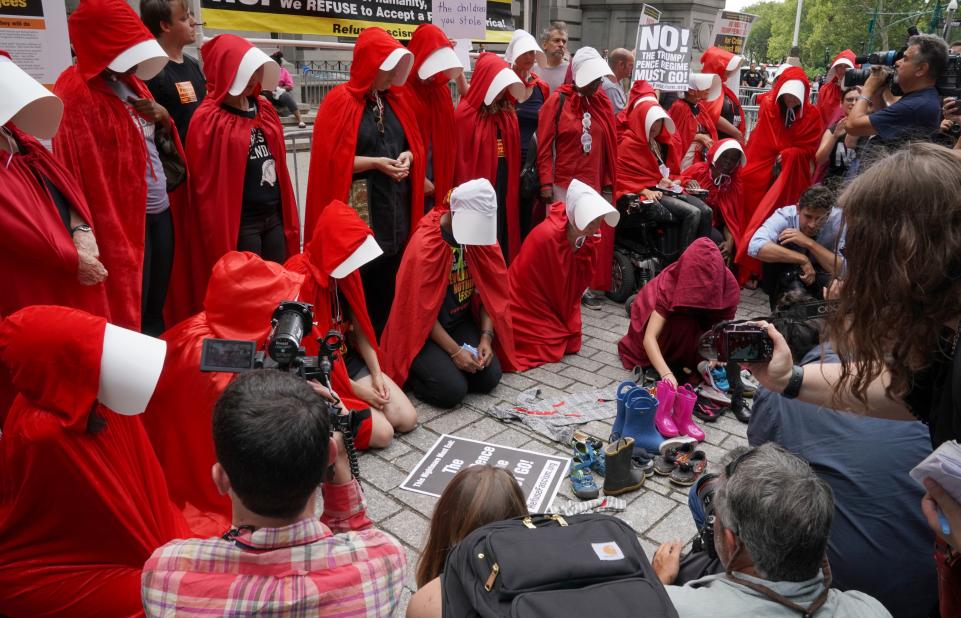 Our dearest Anti Gunner Alyssa (Desperate looking for a new show) Milano was one of them.

Well,  it seems that the Scarlet Defenders of #FuckDueProcess found out something about the writer of Handmaid’s Tale.

On Wednesday a feminist launched yet another attack from feminists on Margaret Atwood, the author of “The Handmaid’s Tale,” for signing a letter in November 2016 calling for an independent investigation into the University of British Columbia’s firing of Professor Steven Galloway, who had been accused of sexual assault and harassment by a student.

It seems from what I read that the accusation was made by a jilted girlfriend and student of the professor and he was dismissed by the university. A judge got into investigating and found that it was all BS and UBC was forced to pay for damages.

But what is amazingly stupid is that feminists are pissed off that the creator of the feminist living meme actually supported the idea of a fair investigation and now she needs to be punished even when the guy was falsely accused.  Ms. Atwood stood for the rights of the accused, but she betrayed the cause that did not get started but two years after the incident. It is like a Time Machine Indictment: we will go back in time to make sure you pay for a crime that never happened.

It is a mental condition.

One thought on “And you have to laugh at the irony.”