Another Journalist goes missing In Venezuela. Trump still a tyrant. 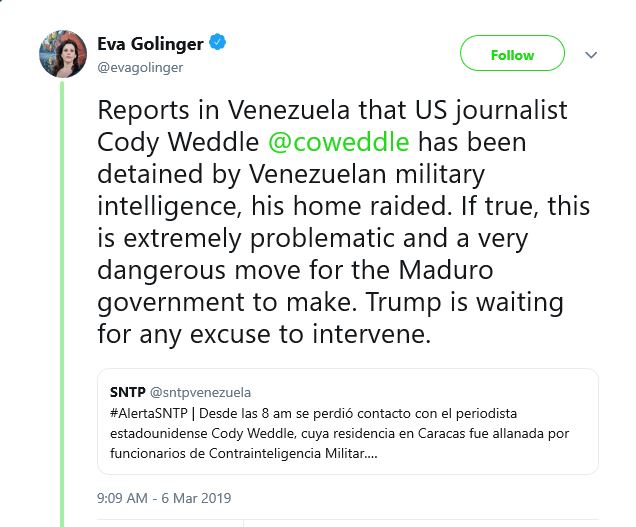 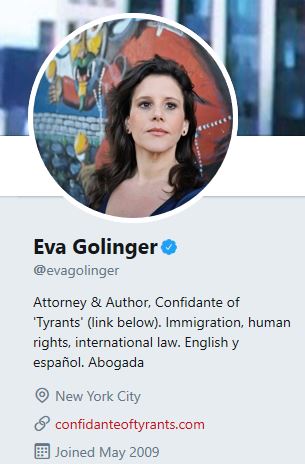 She sounds very vaguely familiar and she was some sort of groupie for Hugo Chavez back then when he was still alive. She even claimed Chavez was assassinated by the CIA, I am guessing with a cancer bullet from the Book Depository building in Caracas or some other outlandish stuff like that.

She is not a fan of Maduro, but basically because she belongs to the new splinter group of Chavistas that are blaming this president for the failure of the Revolution in order to save the memory of Chavez. It is kinda funny because Maduro has followed the same path as Chavez, but he caught the shit end of a drop in oil revenues, the only income of hard cash to the country that Chavez was already having to deal with when he finally was eaten inside by cancer. 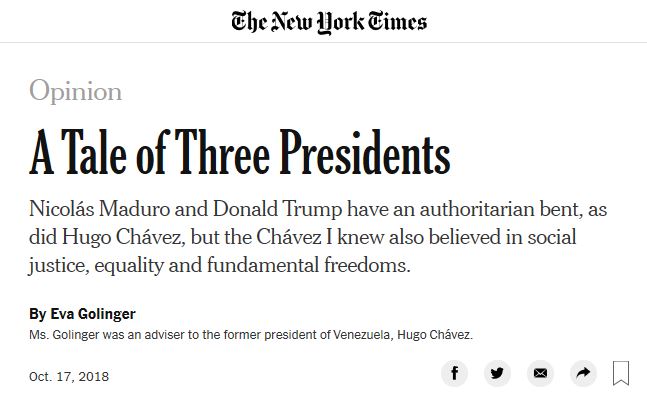 The Hugo Chávez I knew believed in social justice, equality and fundamental freedoms. He won landslide majorities in multiple elections. He was even re-elected when he was dying of cancer — that’s how popular he was in Venezuela. Mr. Chávez pardoned many of his adversaries, even those who attempted to overthrow him in a violent coup.

And still, after all the evidence is out there, the only heartless tyrant is Trump. Mind you, her idol was a tyrant who sunk the best economy in South America, raised poverty levels from 25% to 50%, shut down or controlled newspapers, radio and TV stations that dared to oppose them, killed healthcare and tropical diseases endemics and basically transformed the country into a shithole.

Trump tweets mean tweets so he is worse.

I wonder where she lives… Oh yeah, New York? I wonder why not Caracas.

4 thoughts on “Another Journalist goes missing In Venezuela. Trump still a tyrant.”