Another physical attack against a Republican. (Update)

And from The Free Beacon:

“I could not move,” (Kristin) Davidson said in her statement to police, which was shared with the Free Beacon. “Stark grabbed my right arm, twisted it behind my back, squeezed it very hard, and every time I tried to pull away he pulled me closer and gripped my arm tighter.”

“I kept screaming help me, stop hurting me, you are hurting me,” she wrote. “Stark would not stop and grabbed my arm tighter and pulled me closer to him and the door. I was terrified and at that point saw multiple colleagues try to pull him off me but Stark held tighter.”

The campaign shared images of bruising on Davidson’s arm, adding that her neck, shoulder, and lower back were also injured in the attack. Davidson wrote in her report to police that the “right side of [her] head” was “throbbing and in pain” after the attack.

I am gonna have to start a blog pool from now till November 6 to guess when somebody is going to be killed by a Liberal for political bull-crap.

Update: This was not a one time isolated event for Wilfred Michael Stark. It seems he has been pushing himself to be an almost stalker for several months now. Here is a tweet from Republican Congressman Devin Nunez: 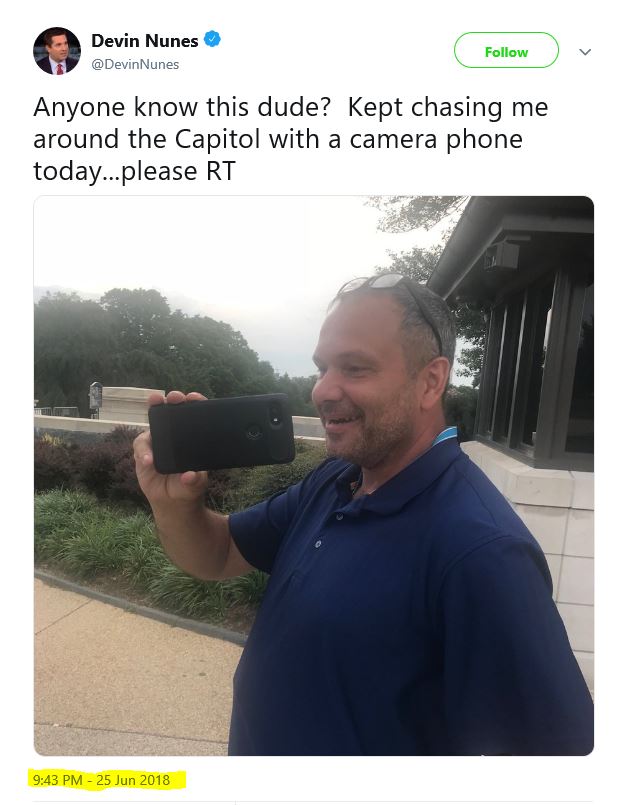 Best case scenario? They already have good information about patterns and behavior of Republicans so ambushes are not only possible but likely.

6 thoughts on “Another physical attack against a Republican. (Update)”