You only need to look at the language used in order to understand what the infringers want. There use to be The Temperance Movement. It started in the early 1800’s and advocated for people to stop overindulging in alcohol consumption.

Most of these Temperance Movement members were female. Often they became members because they were dealing with alcoholic husbands and fathers. Alcoholism was generational. With one generation teaching the next to be “hard drinking men”.

At the same time recovering alcoholics were creating their own temperance groups. The difference being that they wanted total abstinence. It was a huge issue.

But the language was of “temperance”. That was the name of the groups. As one pundit put it recently, “It is right there in the name.”

By the beginning of the 20th century, these groups had morphed into demanding a complete prohibition on alcohol at both state and federal levels. Many members were violent, destroying bars and saloons. Destroying alcohol whenever they found it.

They believed in violent action to get their way.

The “Temperance Movement” soon demanded and got a complete ban on alcohol within the United States with a constitutional amendment.

In 1974, Mark Borinsky founded the National Council to Control Handguns. Its original mission statement is not easy to find. The general target at that time was for cheap, inexpensive guns, sometimes referred to as “Saturday Night Specials”. I.e. the target was those that had limited means to purchase higher quality firearms.

Just a few months earlier the Committee for Handgun Control, Inc. was founded. This group put members in other infringement groups to work for a common message. The message was “handguns are bad. Nobody but a criminal needs a handgun.” They advocated for licensing handgun owners, restricting certain handgun types, and creating a nation wide handgun owner and gun registry.

They even went so far as to get the US Consumer Products Safety Division to define handgun ammunition as a hazardous substance and ban its sale. This required an act of Congress to kick the CPSD back into their place.

Congress was pressured into passing several laws banning “Saturday Night Specials” but they were unable to move any legislation forward on handguns in general.

The CFHC became renamed themselves as the Coalition to Stop Gun Violence (CSGV). Reportedly because the NCCH was not advocating for strong enough gun control laws.

The language was very clear, they wanted to ban all handguns.

They were joined by Sarah Brady and using the image of James Brady got the Brady Bill passed, this established NICS and all of the rest of that mess.

In 2001 they rebranded again as the Brady Campaign to Prevent Gun Violence.

The messaging is clear at this point. They were no longer talking about “handgun control” or “gun control”, they were talking about “stopping gun violence”. Where the formal definition was “gun-related violence”. This is the same word game that the climate extremist use when they talk about lowering carbon emissions which are actually defined as carbon dioxide emissions.

Today the infringers talk about “Stopping Gun Violence”, “Introducing common sense gun safety regulations”, “Advocating for gun responsibility”, and general “gun safety”. They never step up and admit that they are attempting to ban all firearms from the people of the United States.

Even though more than a few have let that slip, as in “Hell Yes we are coming to take your AR-15s” from the presidential wannabe. Or Pelosie’s “If I had had the votes I would have take them all.” when she got the first federal AWB passed.

In order to push the narrative, the term used for “more gun control laws” is “gun [law] reform”. That sounds so much better than “gun bans”.

This language shows what we know. The laws, as written, are in favor of the right to keep and bear arms. They need more laws to infringe on that right. That’s why they need reform.

We, the people, don’t need gun laws reformed, we need them removed because they are in violation of the Contstitution.

The Guardian holds up the CCIA of New York State, the “Kill Carry” bill of NJ, the AWB of Illinois as examples of state level victories in gun reform.

In recent years, the US has seen a flurry of activity at the state level to combat gun violence, which the American Public Health Associations has classified as an epidemic. According to the Gun Violence Archive, guns claimed the lives of more than 44,000 Americans in 2022, including 24,000 who died by suicide. Gun safety groups say passing new laws like the Illinois assault weapons ban will become even more crucial in the coming months to address this issue: with Republicans now in control of the House of Representatives, the prospects for enacting additional federal gun legislation in the near future appear bleak.

At least they were honest enough to include actual suicide numbers. More people died of suicide by firearm than all other gun related deaths. Remember that gun related deaths includes all justified homicides as well.

That armed robber, moving towards room temperature, is considered a victim of “gun violence” by the gun rights infringers.

They fail to point out that any statistic from the Gun Violence Archive is bogus. The reason is that GVA uses media reporting to determine instances of gun-related violence. This equivalent of one “unnamed source near the investigation” leaking to four different media outlets the same story. And then all four of them report the story is true because they had “independently verified the story” Even though they all used exactly the same source.

As always, they never ever stop. Having gotten the Bipartisan Safer Communities Act passed, one group had this to say:

“That’s just the beginning, and we’re just scratching the surface there,” said Zeenat Yahya, director of policy for the gun safety group March For Our Lives. “That’s not the end all, be all, but it was really exciting to see that progress.”

Everytown brags about the number of infringing laws that were passed by the states.

Still, Yahya agreed that reform at the state level has become “even more important with the Republican control of the House”. In the past year, states have already enacted a number of new gun laws championed by groups like March For Our Lives. According to the group Everytown for Gun Safety, at least 51 new laws aimed at reducing gun violence were passed in 2022, while dozens of bills backed by the gun lobby were defeated.

And again, notice that anything we, as gun owners, advocate for is “back by the gun lobby” rather than any suggestion of a grassroots advocacy.

Of course they can lie by misdirection:

Last June, the conservative-leaning supreme court struck down a New York law that placed strict regulations on carrying a firearm in public. In response to the court’s ruling, New York legislators enacted a new law that included an extensive list of sensitive places where guns would be prohibited – such as schools, medical facilities and government buildings. The new policy is now facing legal challenges, although the supreme court ruled Wednesday that the law can remain in effect for the time being.

The Supreme Court didn’t rule on anything. They decided not to hear the request for an emergency action. Very different.

Just because they don’t hear a case doesn’t mean they have think the situation is correct, as it sits.

Yep, they love those F’ You’s that the states are throwing towards the Supreme Court.

“This year, we’ll be doubling down on our efforts to go statehouse by statehouse to continue to pass life-saving laws,” said Monisha Henley, managing director of state government affairs at Everytown. “That is happening no matter what’s going on in DC.” 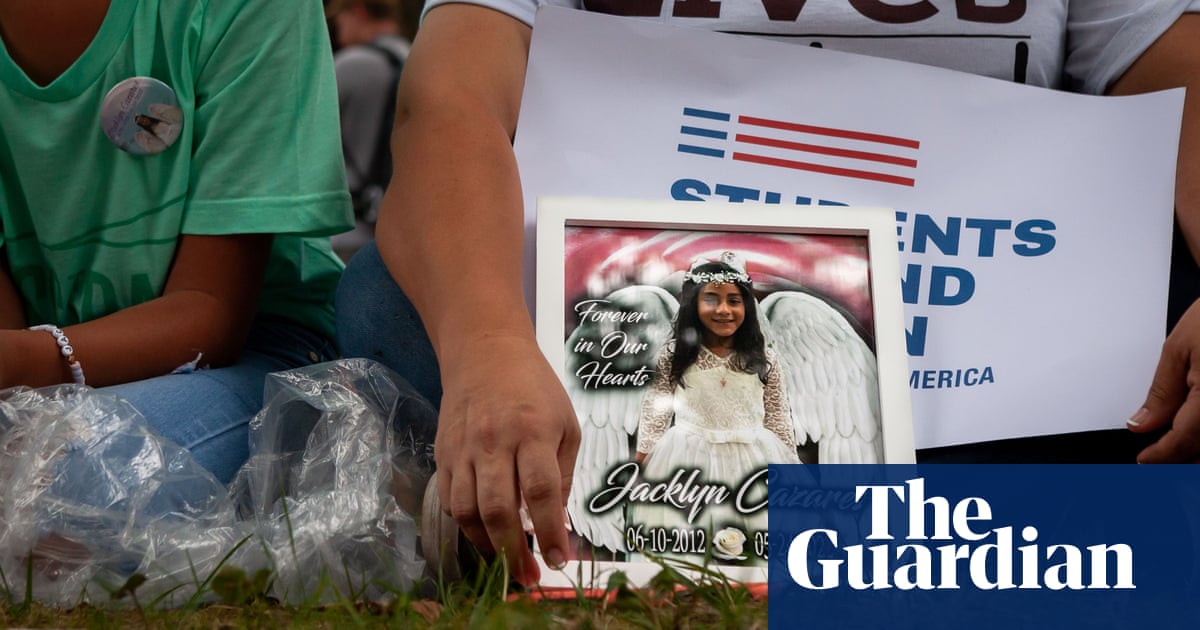 What hopes for gun reform now Republicans have House control?
State-level victories such as those Illinois and New York likely to become crucial in the battle against gun violence