Asian woman murdered in NYC. NBC mentions “unidentified male.” But we “know” it has to be a White Supremacist, right? 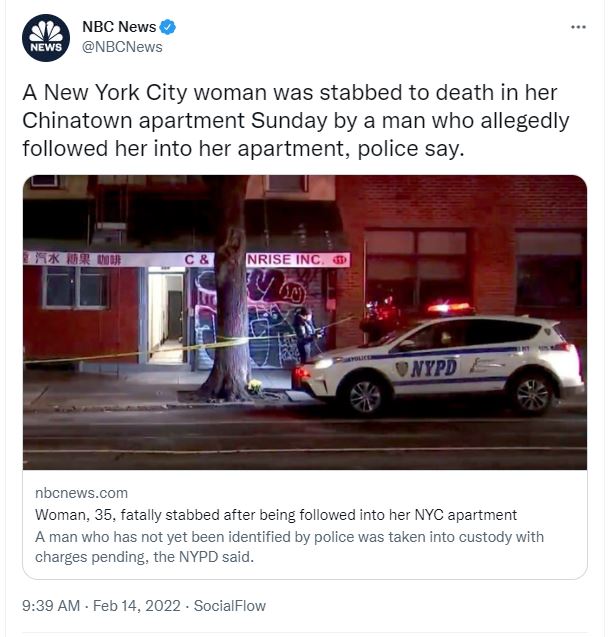 An unidentified adult male was taken into custody with charges pending, police said. As of Monday morning no charges have been filed yet. The investigation is ongoing.

Woman, 35, fatally stabbed after being followed into her NYC apartment (nbcnews.com)

In the same article we come across this paragraph:

Police also confirmed the man was seen following Lee into her building behind her. The New York Post obtained video footage showing the alleged suspect follow Lee in.

Responding cops found the suspect, identified by sources as Assamad Nash, 25, inside the apartment and covered in blood. Nash allegedly tried to flee the grisly scene via the fire escape before barricading himself inside — prompting the NYPD’s Emergency Service Unit to bust down the door, according to sources.

“There was a male inside refusing to exit the apartment,” a police spokesman said Sunday. 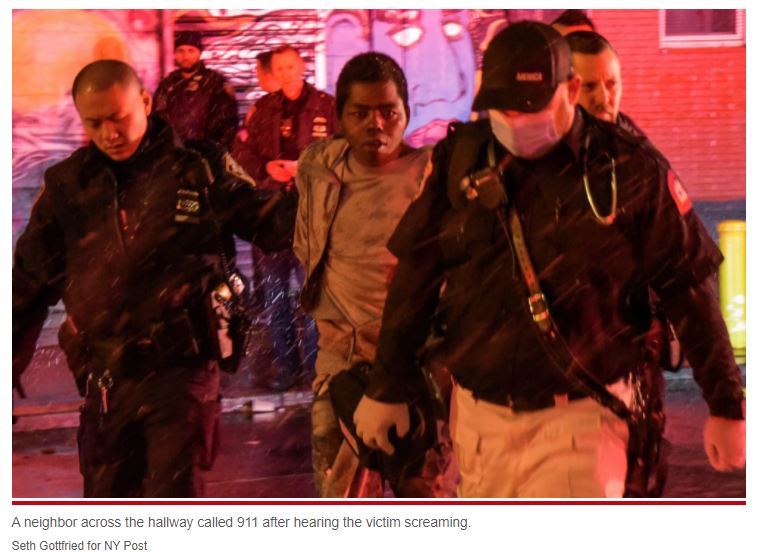 Hell, even the Daily Mail has a video of the “unidentified suspect.”

I wonder why NBC refuses to give any indication or identifier of the suspect.  Oh wait, at the end of their opwn article is the answer:

A rally is scheduled for Monday morning in wake of Lee’s death to speak against violent hate crimes against Asian American New Yorkers. Police haven’t stated if Lee’s murder is a hate crime.

Her death comes as crimes against Asian Americans have soared in the coronavirus pandemic. In December, the NYPD reported that incidents targeting Asians rose by 361 percent.

I guess Trump and White Supremacists will be blamed and NBC cannot allow any discrepancies against The Narrative.

3 thoughts on “Asian woman murdered in NYC. NBC mentions “unidentified male.” But we “know” it has to be a White Supremacist, right?”