A thousand years behind bars on wheels

I got my guns and ammo loaded into my trailer to head out.

Between AR-15s, high capacity magazines, suppressors, and switch blades, if I get busted on I-95 by the NYPD my math puts me at over 900 years of combined misdemeanor and felony time.

My plan is to stop in Pennsylvania where everything I have is legal and I’m covered by my CCW permits.

Gas up and then hit the interstate and not stop until I hit New Hampshire.

I’m going to have to pass through New York, Connecticut, and Massachusetts.

I’m relying on the Firearms Owners Protection Act of 1986 “The Peaceable Journey Law.”  But we all know how little the NYPD gives a fuck about that.

Pray for me and be prepared to chip in for my legal defense fund. 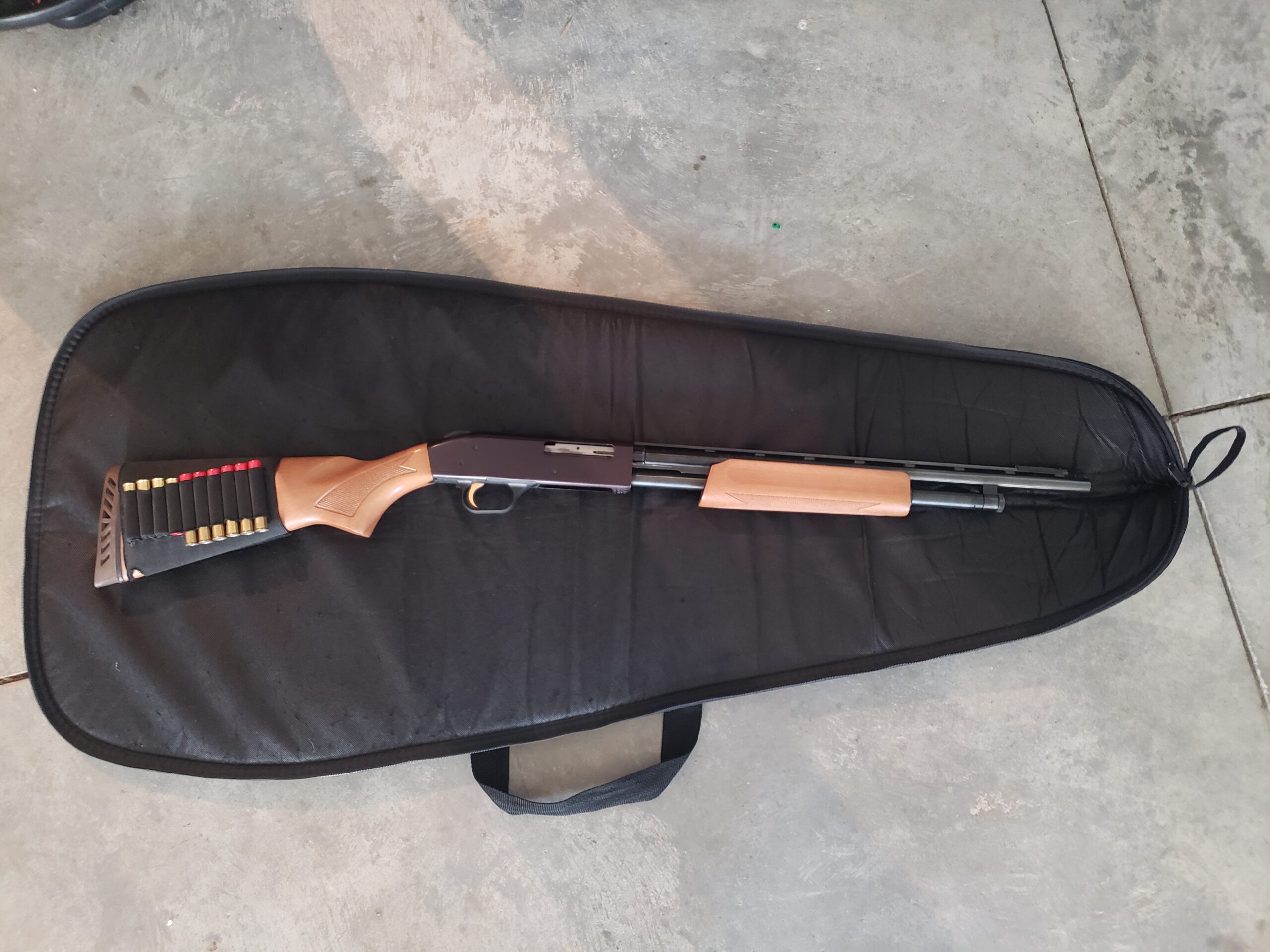 “You can’t have too much ammo”

They say you can’t have too much ammo.

There might actually be a thing as too much ammo. 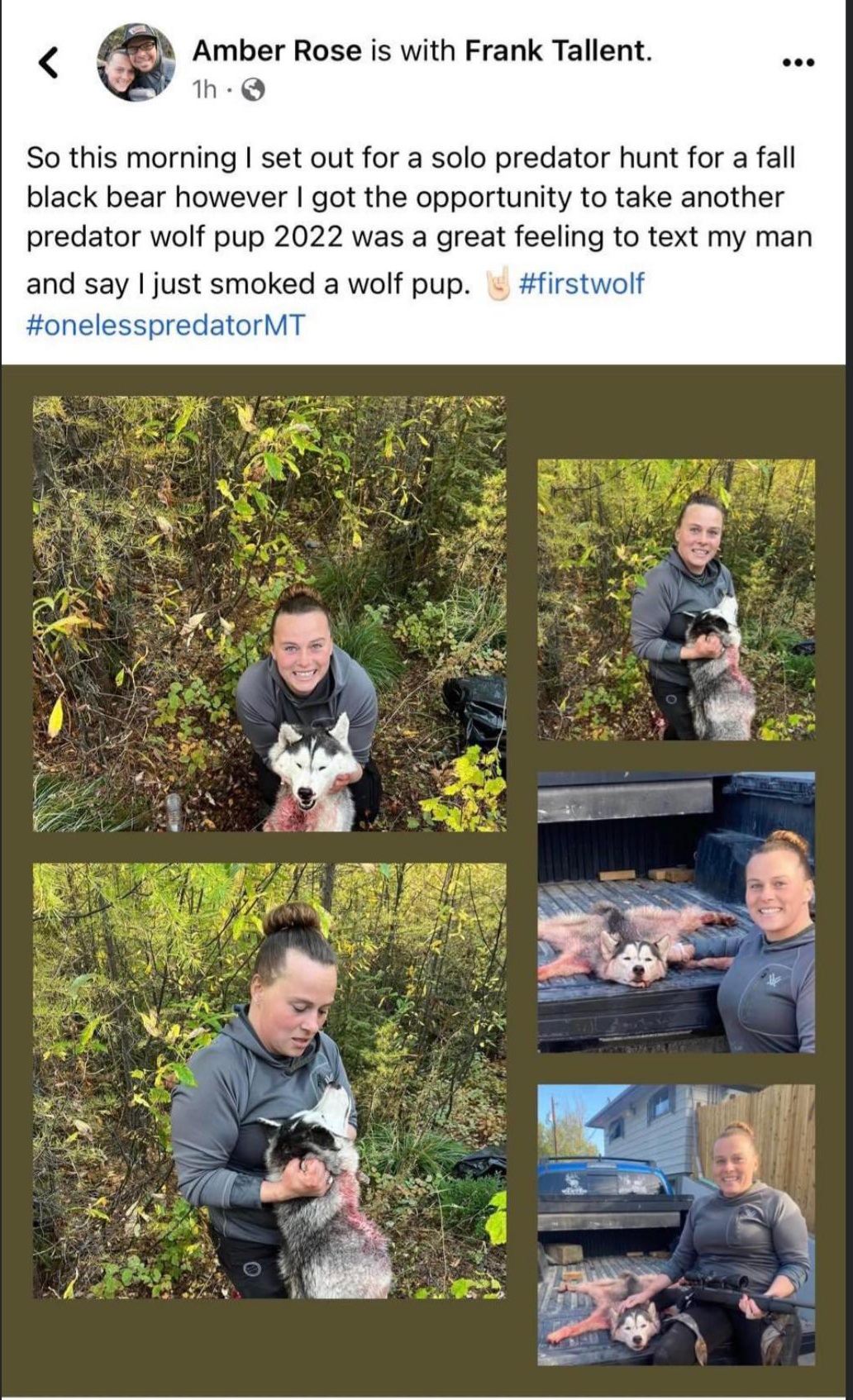 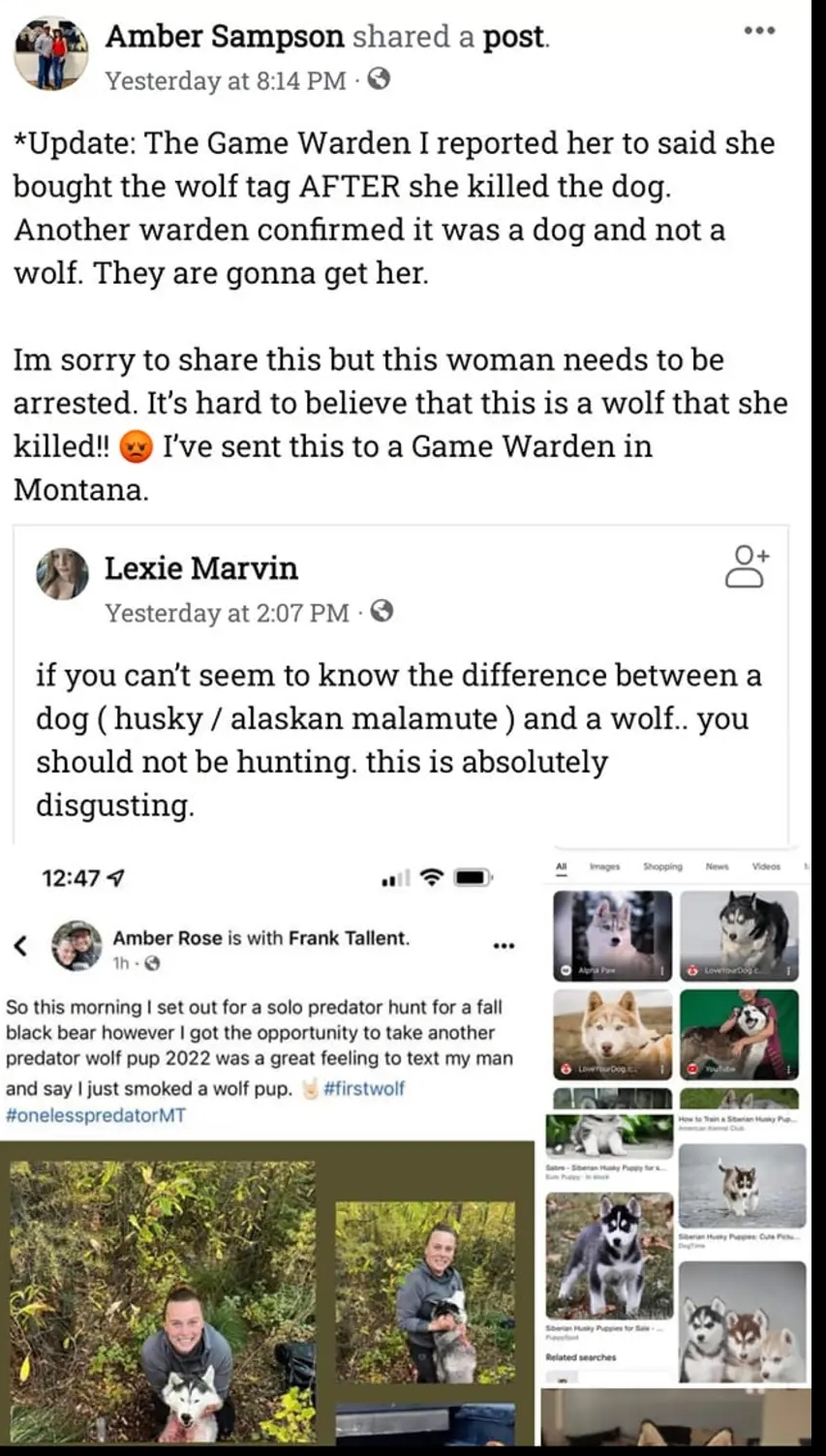 Earlier today Miguel wrote a post about David Hogg retconning the Parkland shooting so he could stay relevant.

Hogg is a little shit with a big ego.

He ego lends him to do really stupid and felonious things.

A few years ago he was at the Toronto Film Fest and on stage solicited Canadians to donate to influence US political elections.  Michael Moore had to yank his mic away and tell him “no” in front of the crowd.

But because he’s a Leftist turd, he didn’t get in trouble for that.

Now, in another attempt at flexing, he squealed on his dad breaking FBI policy and and the law. 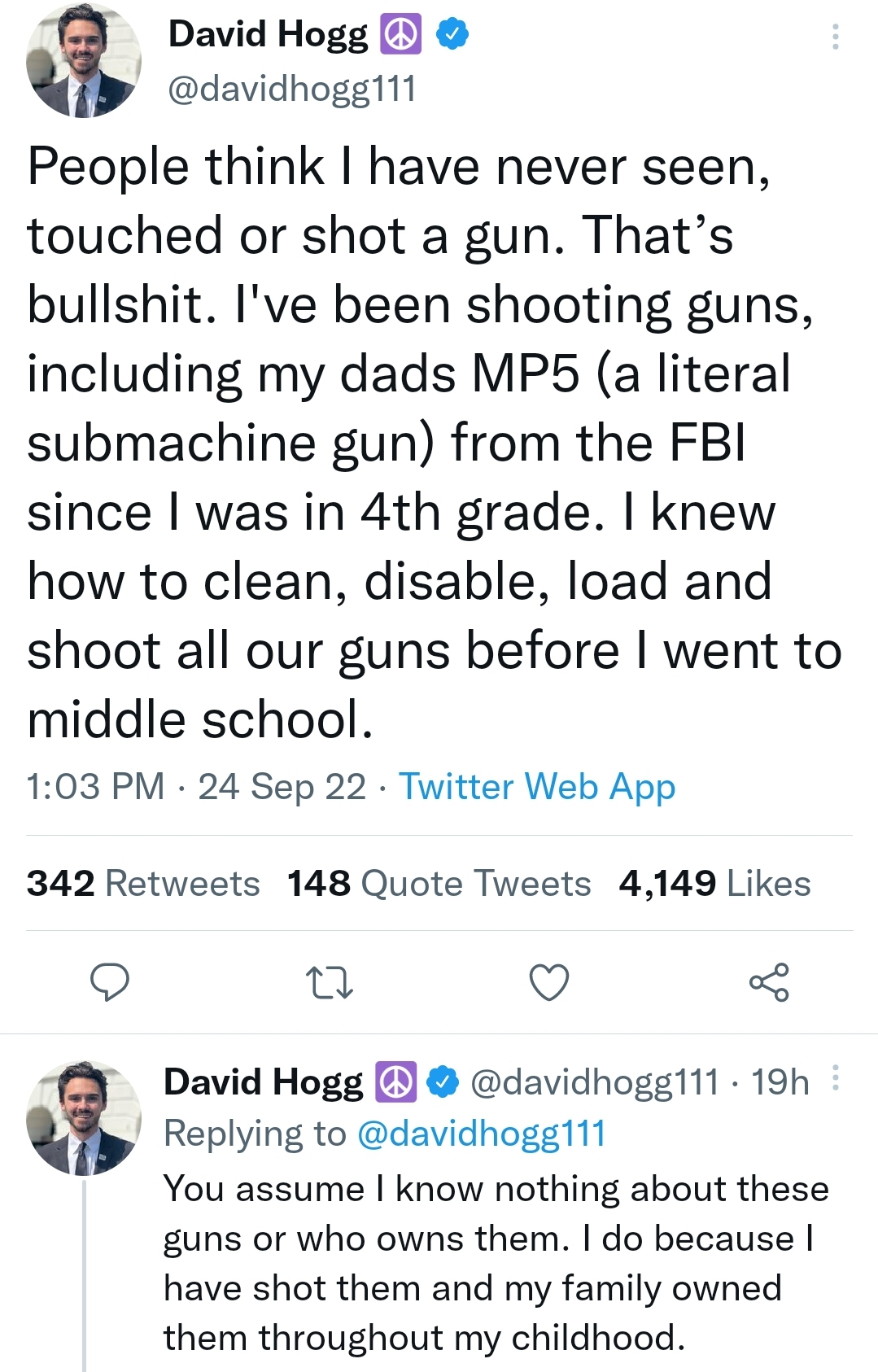 He shot a government issued fully automatic weapon when he was a kid.

He wasn’t supposed to but his dad was FBI and because he’s a Leftist turd and the FBI is unaccountable, nobody will get it trouble for it.

See, he’s so special he can have access to machine guns but you shouldn’t even be able to buy semi auto rifles.

This little shit has been nothing but rewarded for his behavior.

Back in the days of his pillow company and the way that folded spectacularly, I wonder how much money he took in and if what he did was defraud investors.

Then there are the questions I have about his lifestyle.  The trips, the sailing, the selfies, the extravagance, does he charge speaking fees or is he pocketing money from charitable donations?  He just doesn’t add up.

I suspect this little shit will continue to do stunt after stunt until he finally does something too illegal to go unnoticed.

And after reading about everything partisan and corruption the FBI has done over the last few years, it makes perfect sense to me why this kid is such an arrogant turd willing to break the law to get what he wants.  The apple didn’t fall far from the tree.

The runny dog shit doesn’t fall far from the asshole

Earlier today I wrote about how Space Force was runny dog shit because of the upper echelon of the military is bureaucratic bullshit.

As it turns out, the parent branch of Space Force is the monkeypox infected fissured asshole that runny dog shit comes from.

Cadets at the Air Force Academy in Colorado Springs have been instructed to adopt gender-inclusive language as part of their diversity and inclusion training at the esteemed military institution.

“Use words that include all genders,” the training material, obtained by Fox News, directs. It reminds readers to ask for a person’s preferred gender pronouns and names rather than referring to them by their observable sex.

Recommended substitutes for “you guys,” if a student is addressing a group of people, are gender-neutral terms including “team,” “squaddies,” “folks” and “y’all.”

“Some families are headed by single parents, grandparents, foster parents, two moms, two dads, etc.: consider ‘parent or caregiver’ instead of ‘mom and dad,’” the training says. Romantic relationships have to be stripped of gender connotations, too, with the presentation suggesting the word “partner” over “boyfriend or girlfriend.”

These are supposed to be warriors who are going to fight and kill and risk their lives for this county.

And they are too emotionally vulnerable to hear “mom and dad” because those are gendered words.

We once sent people up in planes to be blown apart by flack to run sorties over Nazi Germany and they did their jobs.  Now we have to coddle them because someone said “guys.”

But that’s not all.

‘Men – this is not for you’: The Air Force Academy is now promoting a fellowship that BANS ‘cisgender’ men and only wants candidates from gender minorities and women

The email sent on September 14, encourages cadets to apply to the program, which states: ‘If you are a cisgender woman, a transgender woman, non-binary, agender, bigender, two-spirit, demigender, genderfluid, genderqueer, or another form of gender minority, this program is for you.

A concerned Air Force cadet shared the email because, he told Fox News, ‘It’s a little worrying that we have more briefs about D&I than briefs about foreign adversaries, emerging technologies or current events across the world.’

The program provides young people, who are not cisgender men, with paid internships and executive mentorship at top aviation and space exploration companies.

Also, the Air Force puts most of its training effort into Woke DE&I bullshit and not anything related to actual air combat superiority.

What a bunch of useless fuckery.

The Air Force is utter Woke garbage now and the Space Force is starting off as runny dog shit.

For every problem there is an engineering solution 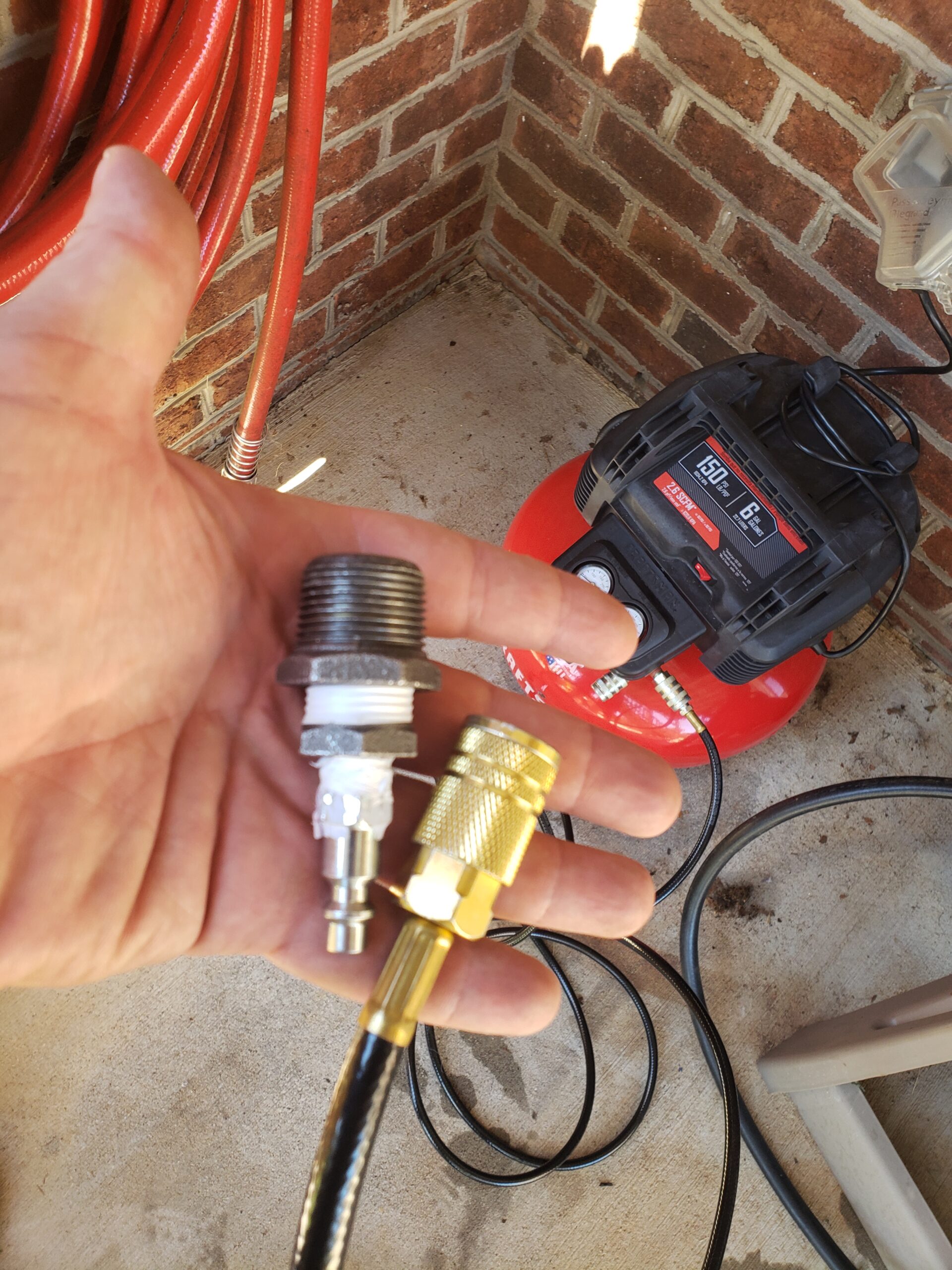 Attach it to a garden hose and set your air compressor regulator to 50 psi.

Blows the water out of hose on a reel.

Great for getting a hose on a reel ready for movers to take it.

About $6 worth of parts at Lowe’s.