So what happens if your right to petition the government for redress of grievances carries with it the cost of bankruptcy of yourself and your representatives?

Would you be able to hire a lawyer if they knew that losing even one part of the case would put them, personally, on the hook for all of the states costs?

This is what Governor Newsom did. In CA SB 1327 they created a law which did precisely that with regards to second amendment cases. If you brought a case against the state for violation of your rights and you lost any part of the case then you and your lawyers were required to pay the costs of not only your own side but the costs of the California spent defending the state.

1021.11. (a) Notwithstanding any other law, any person, including an entity, attorney, or law firm, who seeks declaratory or injunctive relief to prevent this state, a political subdivision, a governmental entity or public official in this state, or a person in this state from enforcing any statute, ordinance, rule, regulation, or any other type of law that regulates or restricts firearms, or that represents any litigant seeking that relief, is jointly and severally liable to pay the attorney’s fees and costs of the prevailing party.

Laws are designed to be opaque, hard to read. Sometimes the meaning hinges on a single comma. For most people reading these paragraphs they read “…liable to pay the attorney’s fees and costs of the prevailing party.”. There are some nasty gotchs in that little quote.

First “jointly and severally” refers to “person, entity, attorney, or law firm” which is challenging the law AND “that represents any litigant”. This means you and your lawyer.

Is this really so bad? If you “win” then this doesn’t matter. Except that they define “prevailing party” to mean “any claim or cause of action”. So if your suit had multiple claims or causes of actions, say you argued under the 2nd, and also the 5th
amendment.

In the course of the trial the judge says that there was “no taking” so the 5th amendment is not implicated. He then grants everything else you claim regarding the 2nd amendment.

You won. The State of California then presents you with a bill for all of their costs for defending the law that was just found unconstitutional. Why? Because according to the laws definition they prevailed. One of your claims was dismissed.

Anybody that has ever looked into COBRA coverage after being let go from a job knows that there are LOTS of hidden costs. The State has no reason to try and keep prices down. They have legions of lawyers and each of them gets billed out when dealing with such a case. Those costs can grow to millions of dollars very rapidly.

We’ll have updates on a couple of cases that are being heard this month shortly.

Search for "Bill Text" and choose the version you want to read. 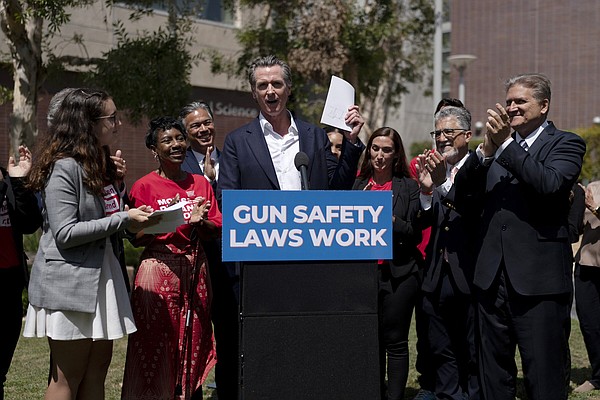 One thought on “Breaking Good”