This is the piece of shit you voted for and tried to cheat into becoming the next governor of Florida.

He can’t even get the words “all of us reject antisemitism” out of his mouth without them getting hung up on his subconscious.

He IMMEDIATELY pivots to “legitimate questions about lobbying.”

Democrats: “What she means is ‘we need to have a discussion about lobbying money.”

Rational people who don’t hate Jews: “Planned Parenthood spent over $20 Million on you fucking twats in the midterm election, almost six times as much as AIPAC, but you human shit stains don’t want to discuss the influence of the abortion lobby in politics do you, you Jew hating bastards?”

Can I make this any clearer?

David Duke, former Grand Wizard of the KKK has a Jew-hating boner for Ilhan Omar for “defiance to the [Zionist Occupied Government].” 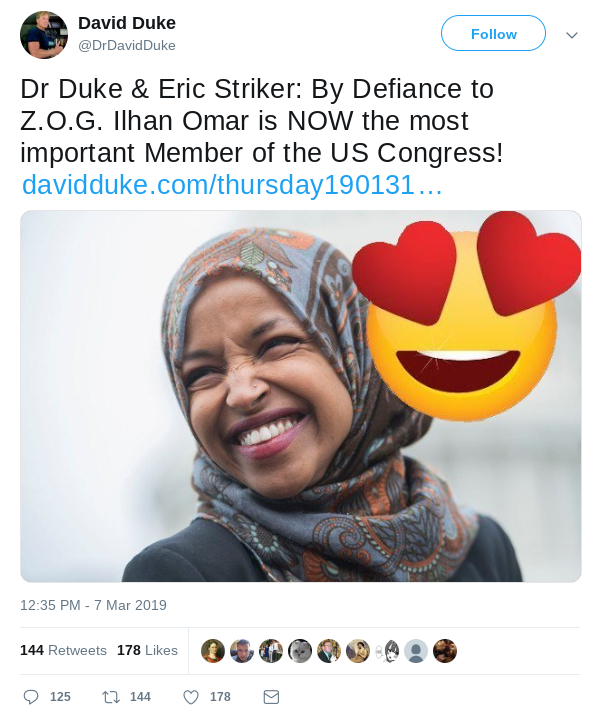 That’s right Broward and West Palm Jews, Andrew Gillum is giving the watered down version David Duke’s statement, and you idiots voted for him.

These Lefists are not your friends.  The only difference between them and the Nazis is that they ask you for money in campaign contrition emails instead of prying the gold out of your teeth before selling you out.

One thought on “Broward and West Palm Jews, listen up”