California to kill business and recue animals at the same time. 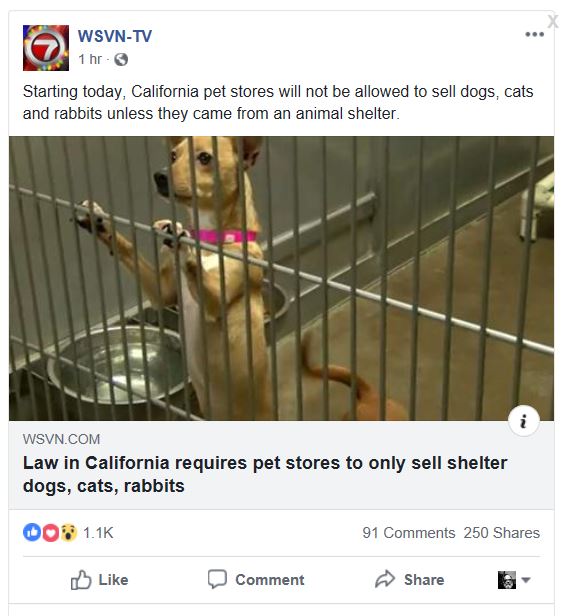 I love rescued animals. All but two of our pets in the las two and a half decades have been rescues and all have dies of old age with us.

But who were the dumb California legislators that thought it would be a good idea for pet stores to only sell rescue animals? This has to be some sort of scheme between the Lefties in the Legislature and their PETA buddies to bankrupt pet shops.

Why would anybody pay a couple of hundred bucks for a mutt they can get for a small fee at the local shelter? There is no way California legislators did not see this one coming and bankrupt stores do not place any animals in any home.

Now, if instead they would have come with maybe a tax break for stores that keep, let’s say up to half their animal stock from rescues to be sold at an affordable prices, you would have every pet shop in the state cleaning out the shelters and rescues finding homes. Instead they will introduced to the proper pet killing procedures and be part of a landfill or become ashes.

I know, stop laughing: A tax break for the little businessman in California?