As Expected: Open Carry Texas Shenanigans Starting To Be Felt Outside Texas.

Florida law also forbids going about in public places wielding long guns. The advantages of that statute have been become evident over the last few months with the news out of Texas, where long gun displays aren’t prohibited, and where Texas Open Carry members have been showing up at fast food restaurants and department stores with military assault weapons strapped to their backs. The tactic seems designed to intimidate anyone who’d like to regulate the kind of firearms employed in massacres like Sandy Hook and Aurora. Or anyone who just doesn’t want to be sitting down with their kids at a burger joint, like at that Jack In The Box in Fort Worth last month, when five guys walk in with assault rifles slung on their backs

Fred Grimm is one of the intellectual darlings of Florida…which does not say much for the Florida literary world, but his voice carries within the Miami Herald ever dwindling staff and some in Tallahassee actually pay attention to what he says.

Although all politics are local, stuff that happens outside a state’s borders do have influence. At least 2 states that were considering implementing Stand Your Ground laws, stopped doing so because of the Martin/Zimmerman case and that was with more than 70% of Floridians in favor of the law with only a few idjits in the media raising hell.

The actions of Open Carry Texas will be brought as example of what people will do if the Florida Legislature allows Open Carry. At the very best we may have some sort of law limiting OC to a very narrow set of circumstances. The deal-breaker will again be giving the power of law to No Guns signs which result in the death for another year of Open carry in Florida.

Fred Grimm’s editorial is the first shot across the bow for the next legislative season. It is a bitch that the ammo was produced by a small group of morons, allegedly pro-gun coming out of Texas.

Gun Motivator of the Day: One For The Ages. I just bumped into this in Twitter and had to laugh: 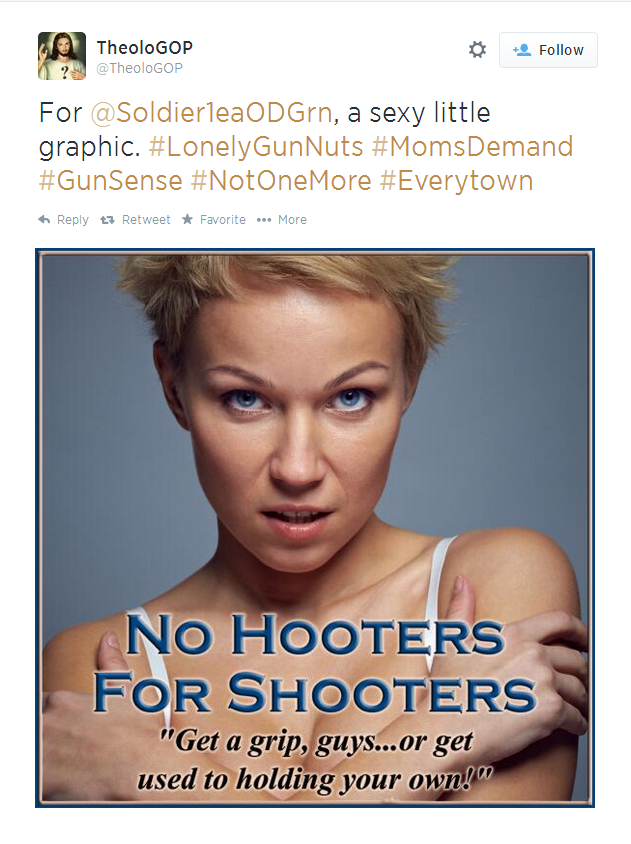 For the Youngins, this is not but a modern version of a Vietnam Era Ant-War poster. Back then, it was the “patriotic” duty of women to behave like whores on Spanish Fly to protest the war and convince young men to avoid the draft.

Here is the original poster:

So they are down at rummaging the old file cabinets looking for something to use to keep propagating their BS and lies.

I guess next thing we will see is a passel of Moms Demand (all 12 of them) burning their sports bras in front of Capitol building or the local Target store.

Mauser on a bike 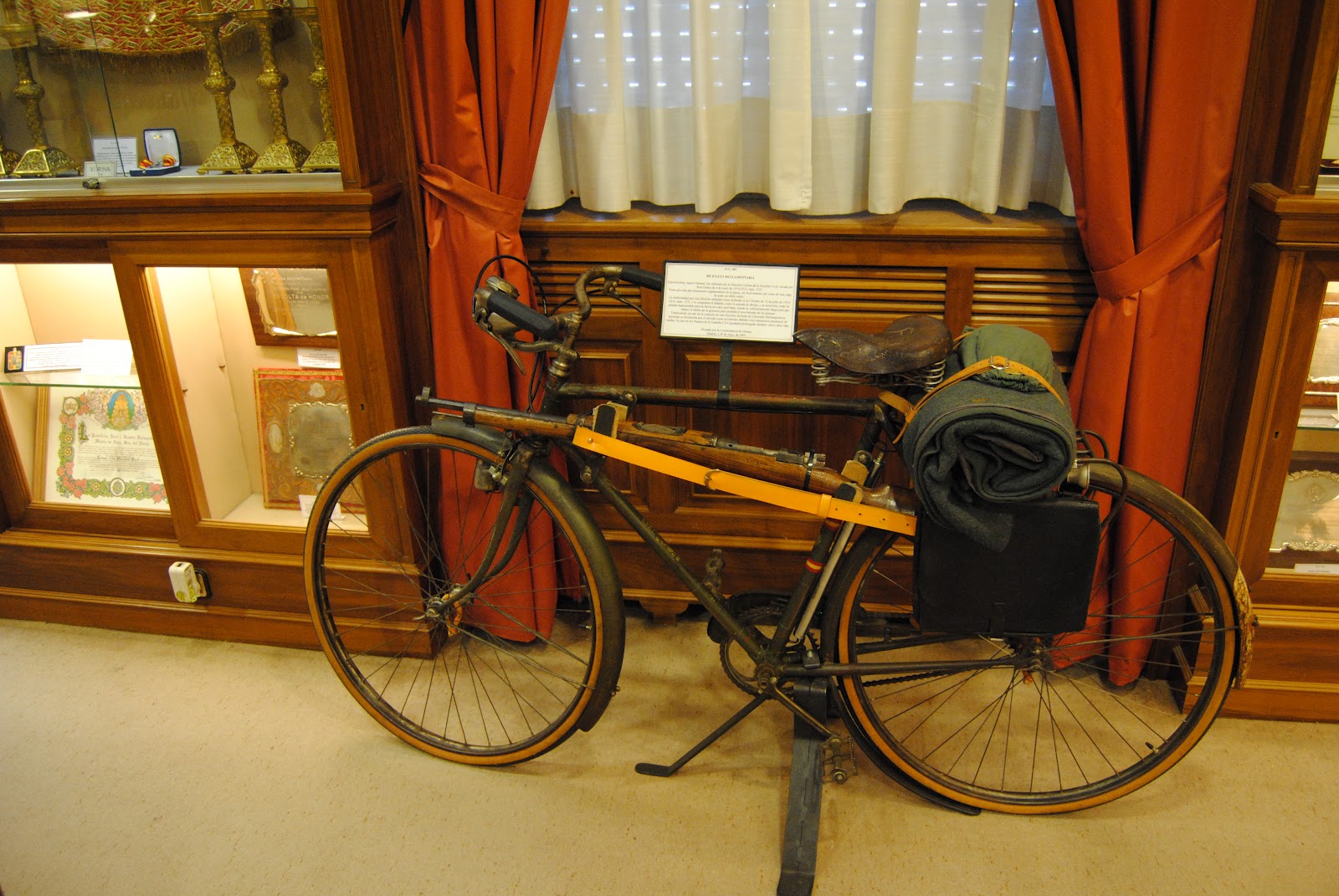 I knew I had stolen more pics from the Spanish Guardia Civil museum.  This is what remains of the “Bicycle Section” created in 1914. Apparently it lasted about a year because it was too expensive to maintain as the poor road conditions destroyed the tires in a too frequent base.

You can apply or renew your CWP at any Florida Tax Collecting Agency.

Previously you could either process via mail or if you were lucky to live nearby one of the eight regional offices of DOACS’s Division of Licensing, you could apply in person and expect a quicker process or return. But with the possibility of 67 additional locations, the process of getting or renewing your CWP has gotten much easier.

Another one for the record books.

WASHINGTON — Taxpayers who do not produce documents for the Internal Revenue Service will be able to offer a variety of dubious excuses under legislation introduced by Rep. Steve Stockman (R-TX 36) a week after the IRS offered an incredibly dubious excuse for its failure to turn documents over to House investigators.

Under Stockman’s bill, “The Dog Ate My Tax Receipts Act,” taxpayers who do not provide documents requested by the IRS can claim one of the following reasons:

I support this law… 😀

Florida: Justifiable Defensive Threat of Force Signed in to Law!

House Bill 89 by Representatives Combee (R) and Edwards (D) in the Florida House, and Senator Evers (R) in the Florida Senate, was signed in to law today by Governor Scott. The new law clarifies that a person may threaten the use of defensive force in order to prevent or terminate an imminent or actual unlawful physical attack or commission of a forcible felony by an aggressor.

The new law is designed to stop prosecutors from charging people who defend themselves and their families from criminal attackers with a crime, provide for having the criminal records of people who are wrongfully accused of aggravated assault for an act if self-defense expunged, and prevent the use of 10-20-Life against people who act in self-defense.

In over 90% of defensive gun uses no rounds are ever fired. The defensive display of a firearm, combined with a readiness to immediately use it, is often (but not always) effective in stopping a criminal attack.

Florida Carry is proud to have been a driving force behind the passage of this law which we proposed initially in 2012. The bill passed with bipartisan support in the legislature gained by the hard work of the Legislative Sponsors, Florida Carry, The National Rifle Association, Families Against Mandatory Minimums, and The Florida Public Defender Associations.

And as usual, READ THE DAMN LAW!