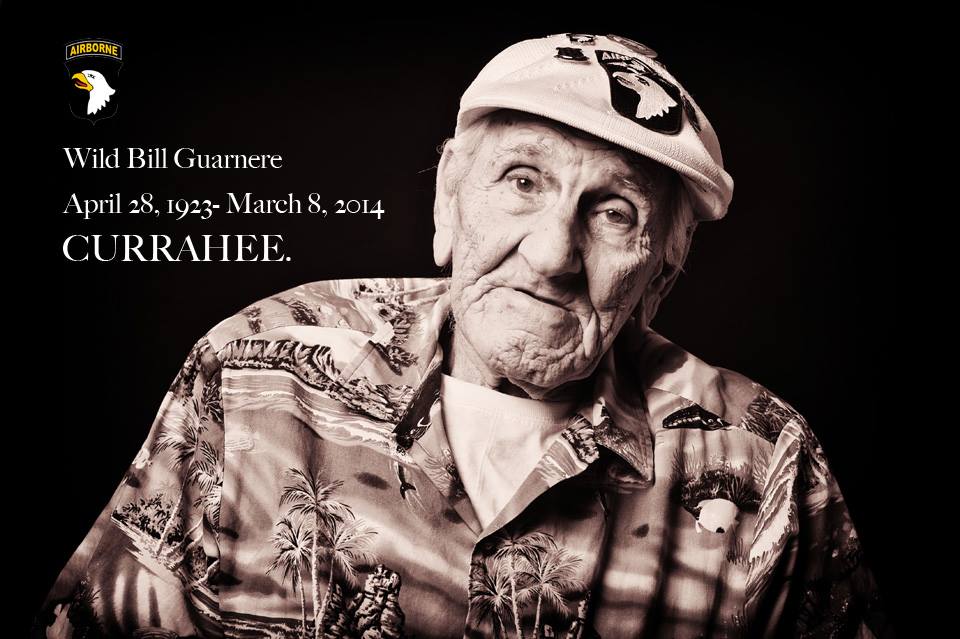 He that shall live this day, and see old age,
Will yearly on the vigil feast his neighbours,
And say ‘To-morrow is Saint Crispian.’
Then will he strip his sleeve and show his scars,
And say ‘These wounds I had on Crispian’s day.’
Old men forget; yet all shall be forgot,
But he’ll remember, with advantages,
What feats he did that day. 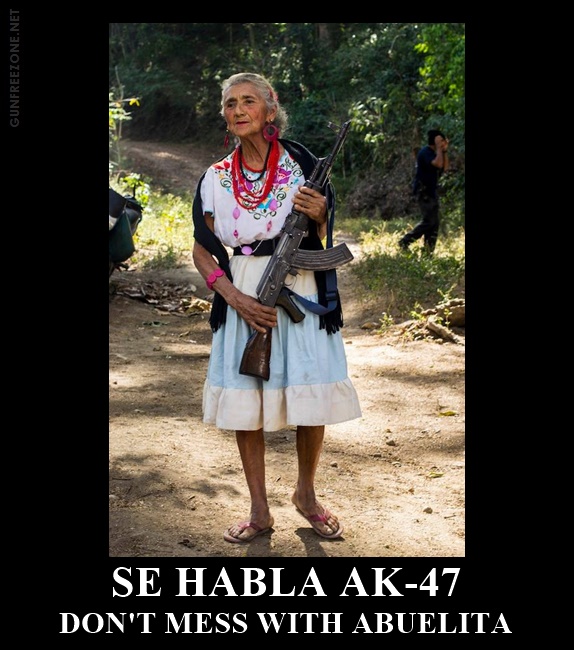 A bit of background. The photo appeared in some news feed and stated that the lady is a Mexican grandmother, one of many tired with the war among Mexican Drug Cartels and I guess ready to use her divine right to kick their asses if needed.
Go Granny!

One of the first Illinois Concealed Carry Licenses found in the Wild. 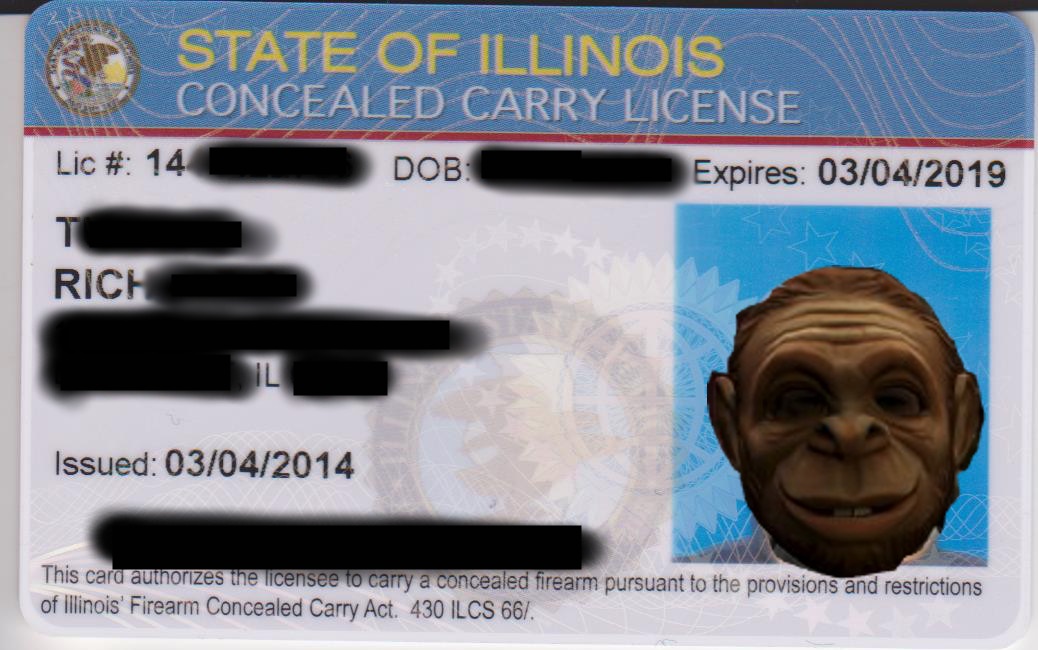 Rich T. was kind enough to share the license he just got in the mail. He obviously redacted the info and his image (improved it?) 🙂 , but it is nice to see the work of thousands of Illinois’ Gun Rights advocates finally out there.

Congratulations to Rich and the State of Illinois!

Members of the Florida Militia in formation on Flagler Street

The picture is possibly from the late 1910s. Funny I found it since I just started reading (very belatedly) A Rifleman Went to War and I found out that the militias back then were all volunteer members who had to pay for just about all their equipment and instruction. So basically what you see in the photo are people who were ready to stand for their city, state and country but did not make a dent on the public till.  Back then, if the militia could afford it, they would even have crew served weapons like machine guns in its component.

And to think that today, some idiots freak at the idea of common people being equally equipped as a regular soldier. 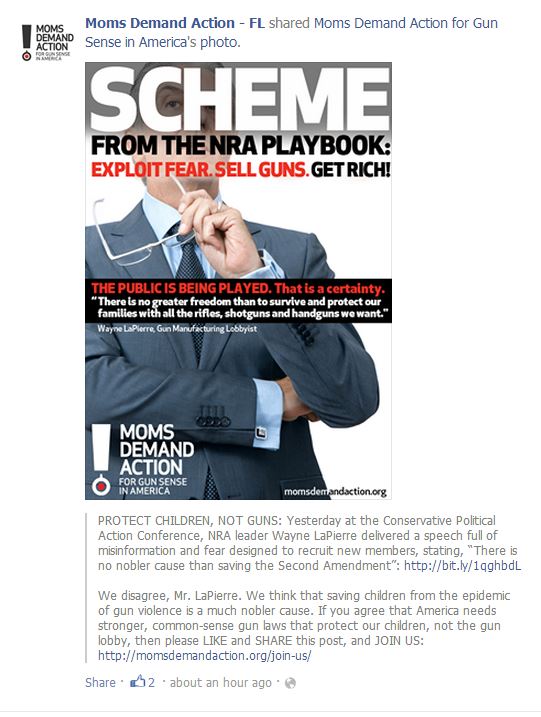 It is almost pitiful to see them clinging to a script overcome by events. When New York and Connecticut send letters telling gun owners to destroy, dispose or turn in what just a few months before were legally bought and allowed by the same people who now demand them, when New jersey is discussing a bill that will include weapons designed in the 1800s just because they carry what legislators suddenly feel is too many rounds and magazines that fall under the same arbitrary definition with no grandfathering clause or amnesty period, we are not being paranoid: We were just plain right.

If anything, it has been your side the one that has been the best advertising for the two products you hate the most: Firearms and the Bill of Rights.

If we only had Universal Background Checks, tragedies like this would never happen. 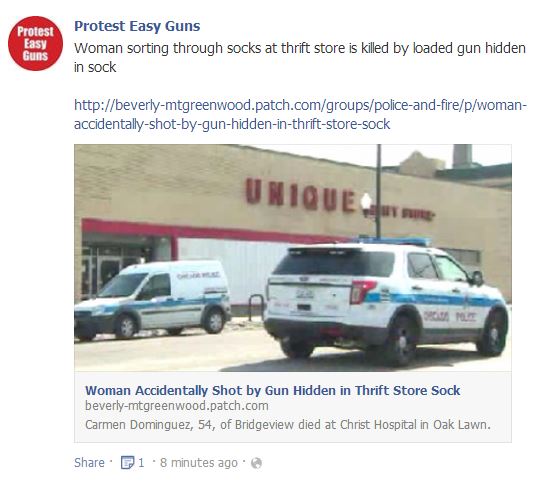 They do not happen to mention this was in Chicago and the sock did not have a FOID card.
The actual story is that 2 employees were shifting through the donated clothes, one found the gun and “accidentally” went off killing the other employee.

When Even Liberals turn on you… 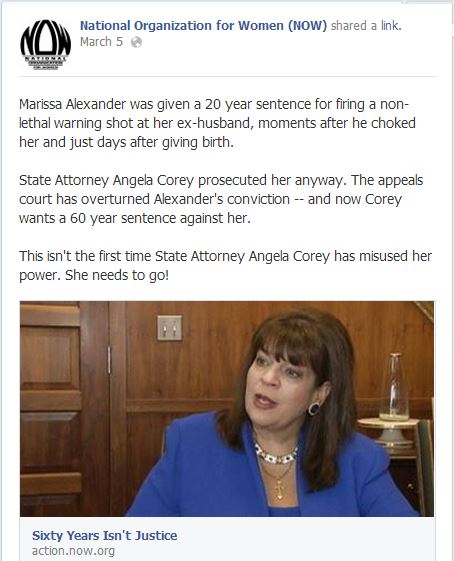 I can’t imagine the pressure put on NOW to actually having to come out and speaking for Ms. Alexander.  I think this is one case where the control of the narrative was lost by its handlers and took a life on its own.

Will we see Angela Corey leave? Not voluntarily. I expect that pressure will be exercised from the highest levels to have her suddenly take a final leave for “health reasons” or “spending more time with the family” or some  other standard BS excuse.

But we must realize that Angela Corey is not the problem but just an example of the plague we have in Florida with Overzealous Prosecutors.  The problem runs deep and just because the one symptom that has been seen the most is gone, does not mean the problem is gone.